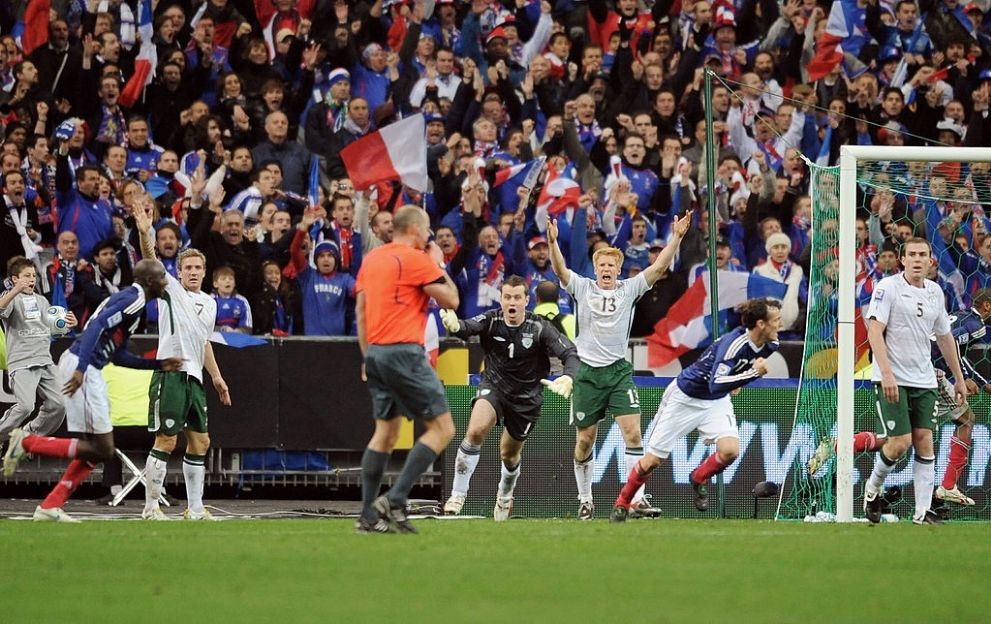 Mark Clattenburg is open to the benefits of VAR and admits that the technology could have saved a colleague’s career after Thierry Henry’s infamous handball for France against the Republic of Ireland in 2009.

Speaking on the latest episode of Paddy Power’s twice-weekly From The Horse’s Mouth podcast, Clatts feels officials should be given more freedom to utilise VAR effectively while he also suggested some laws of the game (offside, anyone?) need to be updated to account for the advanced tech.

I’ve used VAR in China as a referee and I’ve used it in Saudi Arabia and I think it is a big benefit to the referee, because what you don’t want to happen is what happened with the referee from Sweden over the Thierry Henry handball against Ireland.

That was a huge controversy moment which ruined the referee’s career. If it is going to save a referee’s career, brilliant. I’m all for it, but we’ve got to tweak the laws to suit the technology. The laws have been in place for over a hundred years. We’ve got to tweak the laws to make the technology fit because it doesn’t seem to be fair when we’re chalking off good goals because of a millimetre or two.

You know what, I’m not comfortable also when players score goals and they can’t celebrate. They should celebrate. I felt for the Scotland goalkeeper [David Marshall after his penalty save against Serbia]. He’s just made a save to take his team into the Euros and he’s more bothered about being off his line, and that can’t be good for football.

The image isn’t good for football.

There has to be an advantage. Where is the advantage in that? He wasn’t gaining any advantage. There’s a big balance between the law and the spirit [of the game]. Sometimes I get frustrated with the laws of the game because the handball law this season has caused so much controversy and now every time the ball hits the hand, it seems to be a penalty.

When you use technology for certain parts of football, it doesn’t work. Offside is an example because the benefit now has gone away from the attacker and onto the defender. I’m just not comfortable with the [unclear] handball rule because when you see something in slow motion, it gives you a different way of seeing of it.

When something comes towards you, your natural reaction is to block it so it looks like you moving your hand to the ball when reality is you’re not doing that. You have to be careful with technology. I think that referees wearing microphones will be the way forward anyway and I think it should have happened years ago where referees should have explained some the decisions. I think people would be better for it.

People would understand it more – the process – and even though they don’t agree with the decision, at least they understand why the decision was made.

I think with the VAR technology and bringing fans back to stadiums, which is important, they’ve got to bring the experience to the stadium and the only way they can do that is by everybody listening in to what the referee said. I’ve heard so many arguments saying, well you know, footballers are different to rugby players. You know, the foul language that’s said etc, but the referee’s microphone can be blanked out and it could be isolated so when the referee speaks and the VAR speaks, that’s all you hear.