Our clever racing analysts fancy Friend Or Foe in the 14:00. 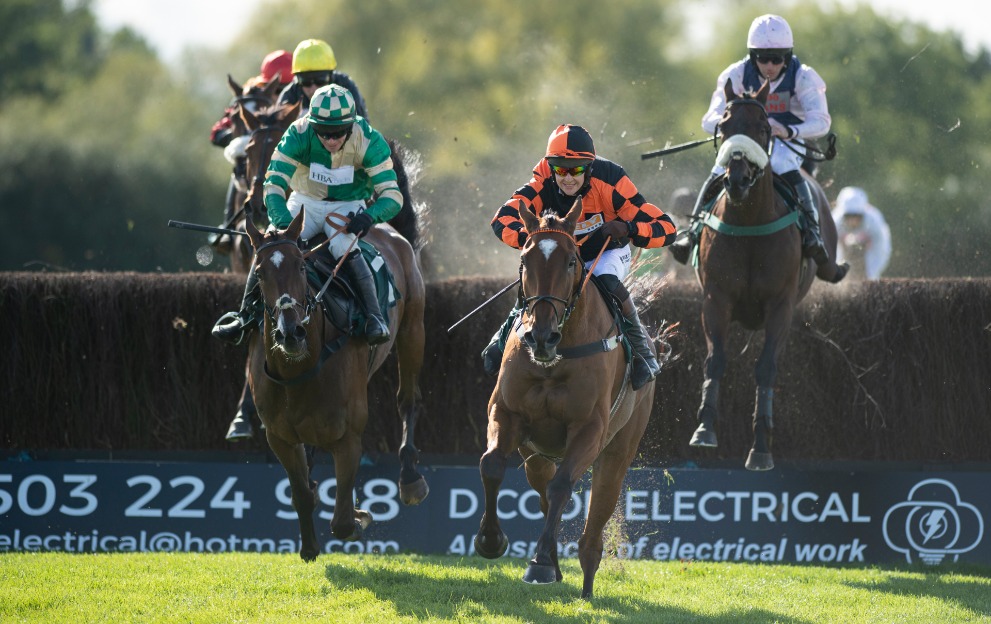 CUP OF COFEE has a 9-month absence to overcome, but she looked poised to play a major role when departing at the second last on her Catterick hurdles debut in December and can make amends if returning in similar form. Blue Bikini could improve on her modest bumper form now going hurdling for a new stable, while Merry Mistress remains capable of better back down in trip.

Bumper-winner SAN FERMIN showed an aptitude for hurdling when third in a novice at Stratford and this longer trip is sure to bring out improvement. He’s preferred to Royal Pretender, who’s becoming expensive to follow, and Gulliver Collonges, who’s already building up a patchy profile.

A good-quality novice handicap. FRIEND OR FOE appeals as one who is likely to better his hurdle form over fences so he’s fancied to make light of top weight on his return from a break and make it 2-2 in this sphere. Beyond The Clouds, much the most experienced chaser in the line-up, is the one likely to give him most to think about.

EYEOFTHESCORPION seemed to lose concentration under pressure at Cartmel a month ago, so the fitting of cheekpieces may well have a positive effect. Given he’s been progressive in the main, a chance is taken on him to get back on the up and land this open-looking event, with last-time-out winner Breaking Waves striking as an obvious danger. Faint Hope also makes appeal. The two with the most persuasive claims based on recent evidence are FAT SAM and Shentri. The latter is armed with a handy four-year-old allowance and isn’t passed over at all lightly, but Fat Sam has turned a corner since equipped with a hood and he may find the necessary improvement to emerge on top. Keep Moving will be a threat if on-song following a break.

Preference is for PILLAR OF STEEL, who arrives in the form of her life and still looks on a workable mark. Howdilyoudo and Jessica Rabbit head the list of dangers.

Impossible to rule any of the quartet out but preference is for FINE BY ME. Nigel Twiston-Davies’ charge showed plenty when going down by just a neck to a previous winner at Worcester earlier this month and, with race fitness on his side, he’s taken to go a place better here. Ted’s Friend got off the mark second time up at Newton Abbot back in April so he shades the vote for second spot.