Paddy Power, Frank Hickey and Lizzie Kelly debated the winner on our From the Horse's Mouth podcast. 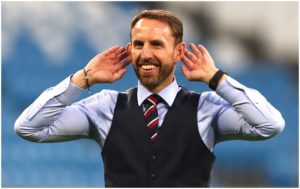 UPDATE: Chacun Pour Soi has been ruled out of the race. Trainer Willie Mullins confirmed this morning a foot abscess means he won’t be featuring at the Festival.

It’s a shame not to see Altior fit to run, but it’s still a great race. It looks like a right battle between Defi Du Seuil and Chacun Pour Soi and it’ll be interesting to see which goes off favourite.

It’s perhaps going to be even more tactical than it would have been with Altior in there. It’s going to be really important for whichever horse can get to the front and dictate the race.

RESULTS: Cheltenham LIVE! All the winners and losers from Day Two

I think Chacun Pour Soi now has the edge. He’s got better and better building to his big day at Cheltenham. He was great at Punchestown last year and this is an ever bigger stage for him now.

Defi Du Seuil will be the speed horse in the race, but Chacun Pour Soi is such an amazing jumper that could have the race won early. I wouldn’t have been backing Altior even if he was fit to run. I always thought it was going to be between Defi Du Seuil and Chacun Pour Soi.

I’ve heard Chacun Pour Soi has been working really well at home, but I’m just a big fan of Defi Du Seuil. He’s got course form in the bag, which I think he can make count. He won a Triumph Hurdle in the JLT. He’s been flawless this year I think and I can see and Chacun Pour Soi setting it up for him.

I think Barry will hang on to him until the last then sprinting away on the run-in. In fact, Defi is my best bet of the day.

I think the problem with the English horses, and it’s the case almost every year, is that they haven’t had tough enough races, whereas over in Ireland there’s less racing so they have to come up against each other more often.

But I would say Defi Du Seuil has actually had to prove himself this year in top class races and I don’t see that being the case with him.