Our tipster Andrew Cunneen lathers himself in baby oil again as he goes in search of the best bets at WrestleMania 37 on Saturday and Sunday. 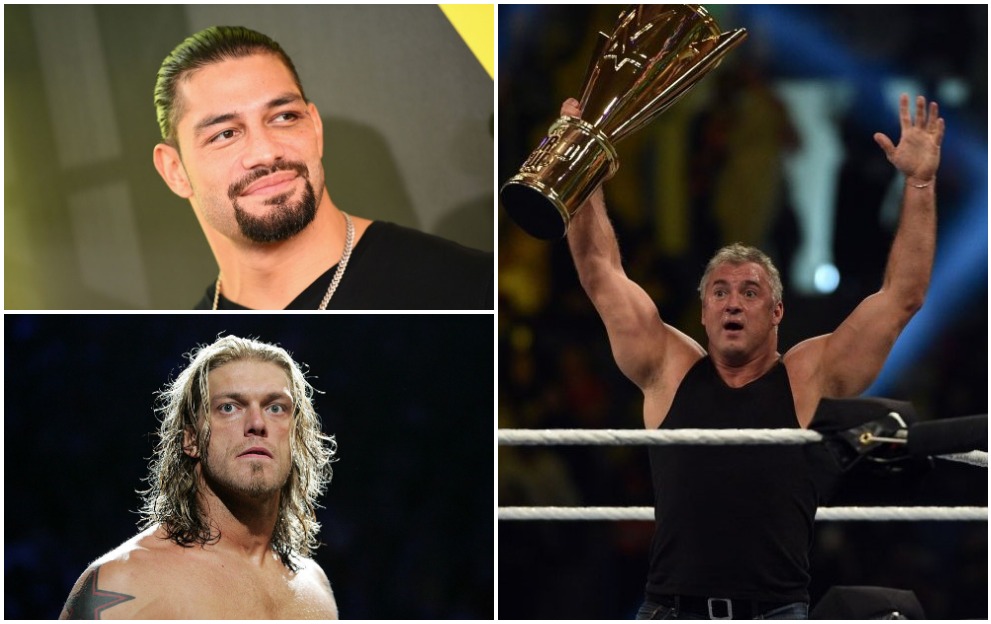 Before we begin, here are a list of things that aren’t ‘real’. The Easter bunny; most of the accounts that follow your favourite influencer; a nutritious experience at Subway; your partner’s interest in your ramblings.

Now, with that out of the way, here’s your annual Paddy Power WrestleMania preview – an event which very much is real; it’s just merely got a scripted ending, like every single fixture Manchester United played out between 1998 and 2005.

You might not like wrestling. You might slag your mates for knowing that AJ Styles is a man from Georgia and not the name of the place you get your knock-off trainers. You might even not be awake by the time it starts.

But as a famous man once said – a 2/1 winner ‘round Lingfield on a Monday is worth the same to you as backing a 2/1 winner of the Gold Cup. Now, that famous man probably never heard of Stone Cold Steve Austin, but he’d be able to tell you that backing him to beat The Rock at WrestleMania XIX would have landed you a few bob.

So with that in mind, let’s cast an eye over this year’s card, shall we?

I don’t know what this is, nor its purpose – which is usually a good sign that Vince McMahon and creative don’t care either. And it’s usually in these spots where you can find the most value.

As WWE tends to do, this an effort to keep everyone in the entire company happy and have them on the Mania card – don’t even get me started on the two-night nonsense – but The Riott Squad are the most coherent team in this tag team match, and therefore they’d make a genuine push if they’re to solidify this division going forward. And what a juicy price it is.

This storyline was appalling and shouldn’t exist. Shane McMahon came back because he has his usual Mania cameo where he jumps off something – hence the cage match stipulation – and he’s decided to actively bully a man who is 35 times his body weight, as if that’s some sort of good idea or believable concept.

Strowman normally wins at Mania, but beating a manchild won’t enhance credibility and I can envisage a finish where he gets so angry that he throws Shane against the cage so hard that he falls through it and McMahon wins – much like Austin did for Big Show’s debut in 1999. Drew McIntyre was robbed of a big moment last year. That was the plan and it was to be a huge payoff for WWE but they never had the optics of it because of the pandemic.

Now back in front of a big crowd in Tampa, they can finally go hard on this buildup, albeit a year late. The only reason you’re getting anything resembling a price here is because Lashley has always been a big poster boy for the company, and to be fair to him, is currently doing the best work of his career.

But given McIntyre’s heartwarming promo last week in the build to this, it’s only going one way with a McIntyre Win.

Big E is a man on a mission and his elevation into the top run of the title ladder is only a few months away – which means him losing here can facilitate that, as well as Crews finally finding some relatability as a heel now.

Crews needs a run as a champion to properly solidify his claims as a headliner and given he now doesn’t have to solely rely on his dull move set – mixing in some heel tactics to boot – he’s now got the platform to accomplish it. Apollo Crews to Win might be my strongest fancy of the entire two nights.

Haha, come on now. It’s WrestleMania and it’s Roman Reigns. All together now – boooooo. Except that’s what they want this time. Oh you crafty executives.