Cheltenham tips: Frank Hickey’s NAP for each day of 2021 Festival

Frank is on hand to deliver his top picks ahead of Cheltenham Festival. The one that stands out to me is Houx Gris for Paul Nicholls. He’s been well-supported in the last 10 days as when the weights came out he was a 20/1 shot, but now he is no bigger than 6/1. He was a bumper winner in France and won on his second hurdles start there too. He was pitched straight into Grade 1 company for his debut for Nicholls in the Finale Hurdle and shaped far better than a 23-length third suggests.

He travelled as well as the first two to just outside two out and weakened from there, suggesting the run might have been more needed that connections thought. The way he looked made me think he wouldn’t be out of place in the Triumph himself. He has been put away for this and worked at Wincanton recently where he caught the eye in no uncertain terms. Nicholls had Sanctuaire bolt up in this off the back of one run for him and think he might repeat that here. I’m really keen on Houx Gris. He’s off a mark of 128 and I think he has a massive chance.

Wednesday – You Raised Me Up (Coral Cup)

The one that is most interesting, and that I am most keen on here, is YOU RAISED ME UP for Martin Brassil. He’s in the County Hurdle as well but I would be really keen if he runs here. He is very unexposed, having just one handicap start when he was an excellent third, one length behind Thosedaysaregone in the Ladbroke Hurdle at last year’s Dublin Racing Festival off 125.

He has only had two starts since, winning a maiden hurdle at Listowel in September over 2m beating the useful Run For Oscar and Belfast Banter. He was then off until middle of February when he won under a penalty over 2m3f where he was weak in the market, suggesting that the run was needed. Brassil is in great form, winning with two of his last four runners, and the drying ground a big positive.

*You Raised Me Up has since withdrawn

Glens Of Antrim has had three runs for Willie Mullins; she was fourth behind Blue Lord at Punchestown on debut over 2m, second when beaten three lengths by Stattler over 2m4f – Stattler was third in a Grade 1 on his next start – and she was then second to Mr Incredible over 2m 3f at Naas. She gives the impression that a strongly run 2m would suit her. 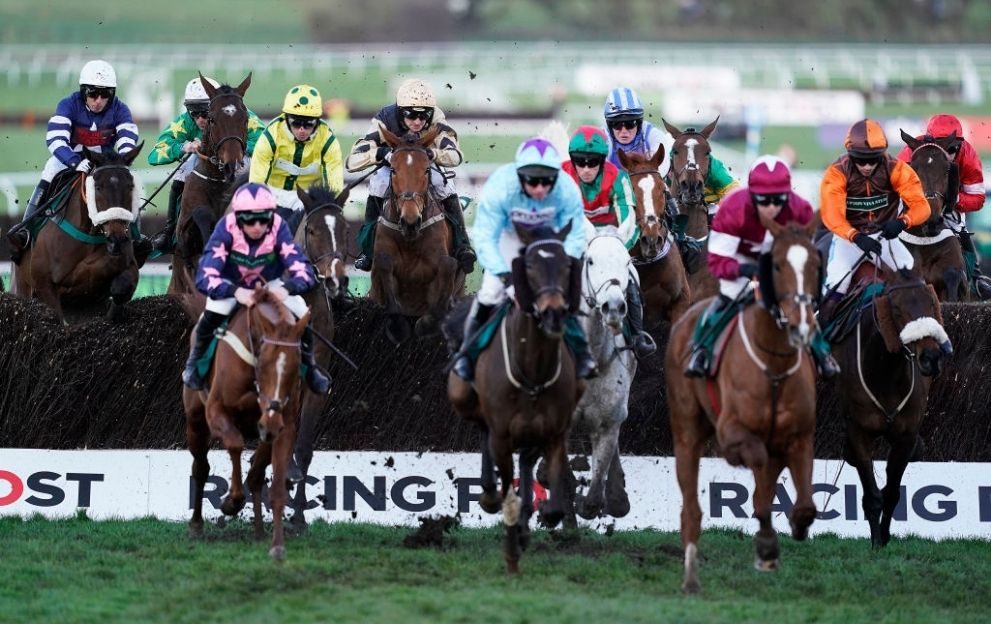 Al Boum Photo was put straight in at 5/1 after last year’s race but he has not been popular at all. People don’t give him credit for what he’s achieved and they are looking to take him on. In the non-runner money back book, Royal Pagaille is the one people have latched onto. We saw plenty of cash at 50/1, 33/1 and 25/1 while he is now just an 8/1 shot so he is a significant loser. The other chunky liabilities are Saint Calvados and Santini but I don’t think we have too much to worry about with those two.

If Al Boum Photo was more of a popular horse with the public, his price would be shorter because not many horses have actually thrown their hat in the ring as credible contenders against him. I think he’ll go off at 9/4, 2/1 or 5/2 – something around that area – but realistically he is more of a 11/8 or 6/4 shot. I wouldn’t be rushing to back him non-runner money back now, but he will take an awful lot of beating. He’s got versatility, he won a strongly-run Gold Cup in 2019 and a tactical one in 2020 so what beats him?

Frank Hickey’s NAP for each day of the Cheltenham Festival: