Cheltenham Festival: Who Will SP Shortest At 2021 Festival?

Cheltenham Festival: 4 bankers but who will have shortest SP at 2021 meeting?

This quartet are considered dead-certs for the week 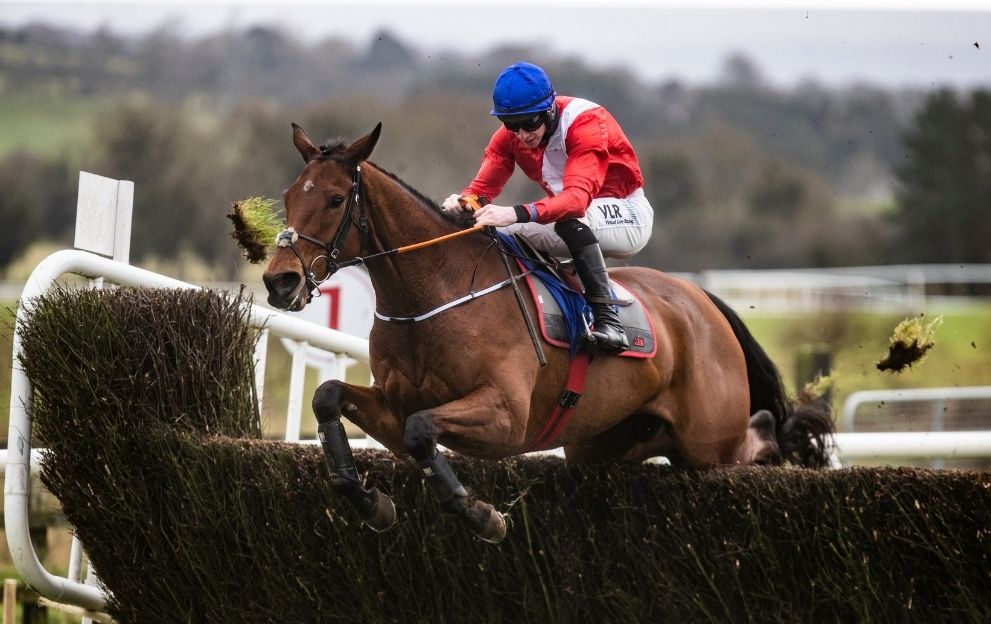 The 2021 Cheltenham Festival is around the corner and punters are already weighing in on who they think will be victorious at Prestbury Park.

Paddy Power customers are making the most of our non-runner money back offer on every single race at this year’s meeting, and there are several horses that have already emerged as clear antepost favourites in their respective contests.

With this in mind, we’ve picked out the four runners who could be the bankers of Cheltenham 2021 and placed them in a special new market…

We’re now taking bets on who will be the shortest starting price at the festival, so have a look at the contenders below and let us know what you think.

ENVOI ALLEN is the antepost favourite for the Marsh Novices’ Chase and already has two wins at the Cheltenham Festival under his belt, having scooped the 2019 Champion Bumper and last year’s Ballymore Novices’ Hurdle.

The seven-year-old, who recently joined Henry de Bromhead’s stable, is unbeaten from 11 starts in his career so far – including point-to-points and bumpers.

Many rivals have arguably opted to go down different paths in order to avoid coming up against Envoi Allen at Prestbury Park, and this lack of competition has helped secure a likely odds-on starting price in the Marsh.

Jack Kennedy is expected to ride the novice chaser, having taken over from the currently-injured Davy Russell at the start of the season and partner the exciting prospect in each of his three wins this term. If Envoi Allen is this year’s outstanding banker, MONKFISH is not far behind after a similarly impressive season.

The Willie Mullins-trained charger is three from three over fences this campaign, with each victory in the company of Paul Townend.

Monkfish is now expected to bolt up in the Brown Advisory Novices’ Chase and could then be aimed at the Gold Cup next term, according to our own Ruby Walsh.

Latest Exhibition came closest to beating the seven-year-old on his last two outings but never really looked like reversing the form from last year’s Albert Bartlett and has it all to do in order to overcome the antepost favourite.

You have to be something special to be odds-on favourite for a Queen Mother Champion Chase, particularly when the legendary Altior is also in the field.

CHACUN POUR SOI is just that, having beaten a host of top Irish talent since making the switch to fences in 2019.

He has won his three outings this season by a combined distance of more than 33 lengths, and is heavily fancied for the flat-out charge around Prestbury Park’s Old Course.

Willie Mullins’s French-bred nine-year-old is yet to race in the UK but punters are expecting him to take the trip in his stride and see off the likes of Nube Negra, last year’s winner Politologue and Altior. SHISHKIN is one of the most exciting novice chasers in the division and has been unbeaten in three starts over fences this term.

However, last year’s Supreme Novice Hurdle winner is yet to be truly tested and has won those trio of contests by a combined total of over 44 lengths.

It will therefore be interesting to see how much Nico de Boinville has under him if Energumene and Allmankind are still in touch on the run-in in the Arkle Chase.

The Nicky Henderson-trained runner is odds-on favourite for the second race of the festival and has all the hallmarks of a Champion Chaser, but the presence of such stiff competition means he is the outsider in our shortest SP market.

Who will SP shortest at the Cheltenham Festival?