EM JAY KAY was well backed and duly showed improved form when opening his account at Wolverhampton last month, given a positive ride and finding plenty in the closing stages returned to five furlongs. The runner-up has given the form a boost since and an opening mark of 64 looks more than fair now entering handicaps for the first time. He is preferred to the liable Mick’s Spirit, while Nubough is better than he could show last time and is another to consider.

CONSTITUTION showed plenty of ability when runner-up to a now-smart rival on his debut at Newbury in June, but shaped as if something was amiss on his next start when finishing last of all after starting the odds-on favourite. He has since been picked up by new connections for 18,000 guineas, has been gelded and looks very interesting on his return to action. Razzam hasn’t been seen since making an encouraging start to his career at Bath six months ago but still rates a likely improver.

The race that REGAL GLORY won at Lingfield last month has already thrown up a couple of winners, so she may be able to overcome a small rise in the weights, particularly as stall 2 is a nice draw for one who made all on that occasion for all she may face more competition for the lead today. Greavsie had a few of these in behind when scoring over course and distance 11 days ago and will be a threat if the blinkers continue to have a positive effect.

In a contest where few arrive with obviously compelling claims the suggestion is SANDY PARADISE, who made a sound start for the Richard Hughes yard here 10 days ago, and could be sharper with that first outing in four months under his belt. Seas of Elzaam caught the eye a little bit here last time, too, and is a possible threat, particularly if the betting vibes are strong, while October’s course and distance winner Cool Vixen is another who could have a part to play. 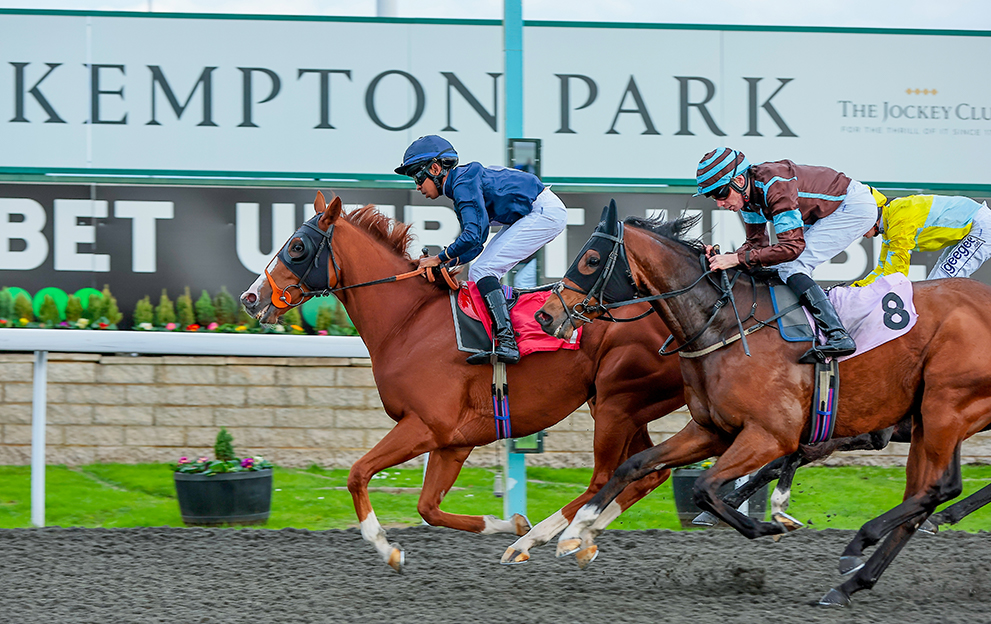 MOON OVER THE SEA bounced back to his best on his first start for Tony Carroll when winning at Wolverhampton a fortnight ago, having no problem with the longer trip and having plenty in hand at the line. That was a competitive race for the grade and Moon Over The Sea should have even more to offer kept to this sort of trip. This race doesn’t look much stronger and he holds solid claims of following up. Bass Strait won nicely over two miles here recently and will be a danger if she can reproduce that form over this shorter trip.

AUTOLYCUS and Logistical both failed to trouble the judge during light juvenile campaigns, but they appeal as the types to make more of an impact now venturing down the handicap route. It will be interesting to see what the market has to say but, as things stand, marginal preference is for Amanda Perrett’s representative, who showed clear signs of ability at Goodwood in October and may have more to offer over this trip on the back of a gelding operation. Dancing Gypsy will be a threat if he copes with this step up in trip.

SENSE OF SECURITY has had plenty of chances to open her account, but she has been shaping up well in recent weeks, running respectably over seven furlongs last time despite refusing to settle. The return to six furlongs will suit her well and the booking of Mr Simon Walker is always a positive in these amateur races. The dangers are headed by recent Wolverhampton one-two Bungle Bay and Port Noir.