It's now 14 career wins form 14 for Honeysuckle as she and Rachael Blackmore bid for a repeat Champion Hurdle win at Cheltenham 2022. 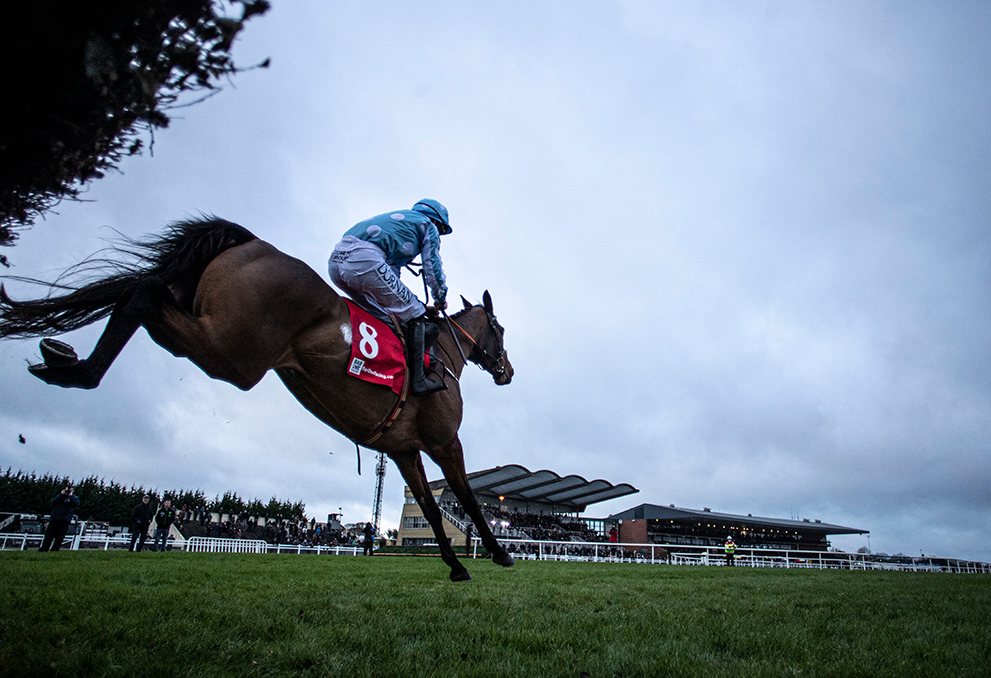 There were more ante-post clues than layers of clothing on show at the weekend as even the most hardened of jumps fans were caught out as temperatures plummeted in the UK. However, the action of the track kept us warm as we rapidly approach the Christmas Winter Festivals and then it’s all road to the Cheltenham Festival 2022.

There may have been a few perfect storms, but Honeysuckle retained her perfect record of 14 wins from 14 starts with victory in the Grade 1 Hatton’s Grace Hurdle at Fairyhouse on Sunday. The even money available after Rachael Blackmore had guided her to an eight-length success over Ronald Pump quickly evaporated and she’s now an odds-on chance for a second Champion Hurdle win.

Epatante showed that a back operation had worked the oracle when dead-heating in the Fighting Fifth Hurdle at Newcastle with Not So Sleepy, but has finished third to Honeysuckle at both Cheltenham and the Paddy Power Champion Hurdle at Punchestown last season. Epatante is now  joint second best in the market to topple her rival and a better surface in the Christmas Hurdle at Kempton next will suit.

Jonbon was a talking horse before winning a maiden hurdle at Newbury on Friday as he hadn’t even jumped timber in public in anger. However, the £570,000 purchase was soon made favourite for the opening Supreme Novices Hurdle at Cheltenham 2022 after a polished six-length win.

He’s got a lot to live up to as a brother to the sensational Douvan, but he remains unbeaten and it was interesting to hear Seven Barrows sorcerer Nicky Henderson proclaim that this potential future superstar was only “in second gear”.

Perhaps the performance of the weekend came from Lucinda Russell’s Ahoy Senor who was slashed for both the National Hunt Chase and Festival Novices’ Chase after demolishing his three rivals in a Grade 2 novices’ chase at Newbury on Saturday.

The winner may have unseated pilot Derek Fox in a usually informative intermediate chase at Carlisle before this, but he was still on the premises with subsequent Ladbrokes Trophy runner-up Fiddlerontheroof when the pair parted company and the world is literally his oyster now.

The Festival Novices Chase could also be on the agenda for Noel Meade’s Beacon Edge who looked an unlikely winner of the top-class Drinmore Novice Chase at Fairyhouse on Sunday at half-way. But he stayed on magnificently to edge out Gabynako and a step up in trip to three miles at Leopardstown over Christmas must surely assist.

All eyes were on former Paddy Power Stayers’ Hurdle hero Paisley Park in the Grade 2 Long Distance Hurdle at Newbury on Friday, but it was Olly Murphy’s Thomas Darby who took the plaudits as he was always doing enough to score by two and a quarter lengths.

The winner contracted from a massive 40-1 for the Stayers Hurdlers’ crown although he has failed to back up decent performances in the past and Ascot’s Long Walk Hurdle next month will be very informative to see if he can put two good runs together if he wants to be a Champion Stayer.

Statuaire upset the odds with a last-ditch success in the top-class Royal Bond Novice Hurdle at Fairyhouse on Sunday from warm favourite, My Mate Mozzie.

This effort saw her join Saturday’s Newbury scorer Elle Est Belle at the top of the Mares’ Novices’ Hurdle market and also secure a quote for the Supreme. A well-dressed gentleman in the Newbury lift on Saturday commented: “Trevor’s still winning these big races even after he’s moved on,” alluding to the popular, late Trevor Hemmings’s Cloudy Glen defying odds of 33-1 to land the weekend’s feature Ladbrokes Trophy.

The eight-year-old prevailed by a diminishing half a length from Fiddlerontheroof and the winner entered the equation for the world’s most famous steeplechase at an early 25/1.

Considering the winner’s odds are a quarter of winning handler Venetia Williams’s previous National winner Mon Mome, he must have a reasonable chance of putting in a fine effort and if it comes up soft at Aintree that’ll suit. He won last year’s Paddy Power Southern National on heavy ground, so seems versatile no matter what the weather holds.