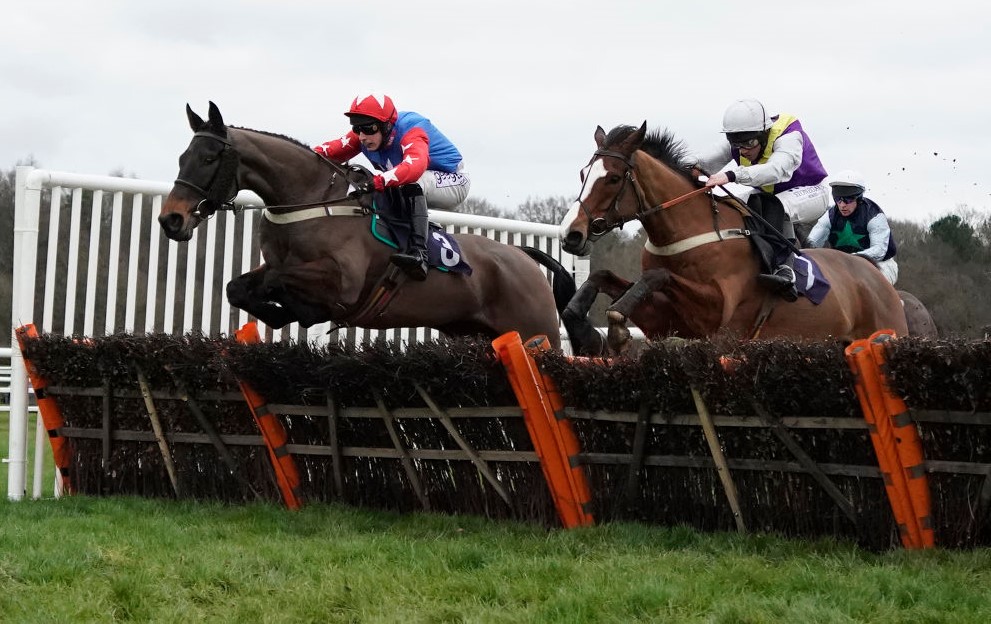 Easily the most likely contenders appear to be the three at the top of the weights. They have been in good recent form, with THIRTYFOURSTITCHES preferred today on his step back up in trip under Cillin Leonard. Imphal is on such a roll that he is preferred to Manintheshadows as the chief danger. Auenwirbel coming back from a lay-off may be the most interesting of the remainder.

Whether the way remains clear for MOVETHECHAINS to complete his course and distance hat-trick should become far easier to gauge depending on whether there is market support for Robins Field – who is having his first run for Dan Skelton and only his fourth overall. In the absence of racecourse evidence in the latter’s favour, the chief threats to the selection may be Bretney and Hoot At Midnight.

A weak claimer in which CELESTIAL FORCE rates much the form pick on his debut for Christian Williams and is taken to add to his recent Taunton selling success. Gary Moore has his string in excellent order so the returning San Pedro De Senam is next on the list ahead of in-form Secret Secret.

Plenty of potential on show here, but it’s hard to ignore the claims of ex-French bumper scorer HELTENHAM, who posted a fairly useful level of form on his hurdling debut when runner-up at Vichy and now starts out for the all-conquering Skelton team. Bangor runner-up Green Planet is next on the list with Sherborne, Duke Of Rockingham and Crossing The Bar all worthy of respect too.

Lots of these have the potential to play a part, but DORKING LAD (NAP) showed enough when runner-up at Fontwell (form has been franked) to suggest he can go one better now – especially with the fitting of blinkers looking a big plus. Animal is feared most on the back of his course and distance second, although fencing newcomers Confirmation Bias, Seven No Trumps and Star Academy all figure high on the shortlist too.

Doyen La Lutte sets a decent standard here on the form of her Exeter third and The Trampolinist is another with hurdling experience who is much respected now she steps up in trip. But hurdling newcomers Whisky Express and SPEECH BUBBLE bring fairly useful bumper form to the table and they are taken to fight out the finish with preference for Noel Williams’ promising mare.

This probably won’t take much winning, and IVILNOBLE looks the way to go on the back of his recent Plumpton second off a much-reduced mark. Go As You Please has the form to play a part too if the fitting of blinkers sparks a resurgence, with the returning Finnegan’s Garden and chasing debutant Guguss Collonges also considered.