Horse Racing Tips: A 6/1 play leads the way at Chester on Friday

The Racing Post tipster fancies Sir Min in the 19:30 at Chester on Friday. 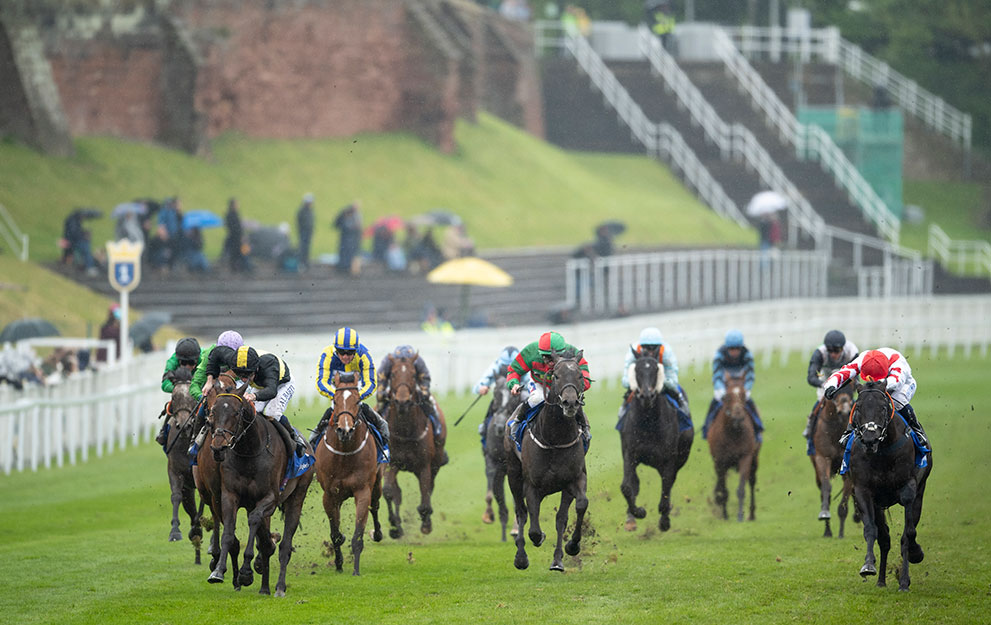 The three most likely front-runners have landed the outside three stalls, making it hard to know how things will take shape early. Either way PRAXEOLOGY (nap) looks the one to be on as he bids to improve his course record to three wins from four starts off a mark just 1lb higher than when winning over 7f a fortnight ago. Recent Haydock winner Sucellus has run poorly in four starts on ground featuring the word ‘soft’ and Zlatan could prove the main threat after ending a long losing run last Friday. The 3yo Acquisitor is also respected under a penalty for Wednesday’s commanding win at Catterick.

The three leading lights each made the running last time but River Pride did so over 7f and DAIRERIN, who responded well to cheekpieces at Salisbury, gets the nod. The return to softer ground would have to be a concern with Roman Dragon.

Any number have something to prove in a race containing its share of potential front-runners. SAM COOKE would be among them after twice falling below market expectations this year but he’s been pulling too hard in hot handicaps and still has potential now fitted with a hood for the first time off a 4lb lower mark. Snow Ocean, who likes it here, is a danger, along with Whitehaven who improved sharply last autumn and ran well on his recent comeback on faster ground than ideal.

Of Tom Dascombe’s pair Ever Given is preferred to Rickenbacker, who had no excuses from the front in a messy C&D maiden a fortnight ago, but this can go to SIR MIN. Ian Williams saddled a rare 2yo winner last week and this half-brother to winners over various distances looks sure to appreciate the stiffer test now handicapping.

Sometimes it’s best to just stick with the obvious and CONFRONTATIONAL, who he boasts a good course record, arrives in flying form and is well drawn under Franny Norton, makes most appeal. Ugo Gregory and Coul Queen are others to consider from stalls 3 and 1 respectively, while Wild Thunder is well worth monitoring in the market.

There won’t be any excuses this time for LINCOLN PARK, who goes well here, is used to plying his trade in better company and is 2lb well in from a handy draw. Centurion Song is up to a career-high mark under a penalty for Wednesday’s win but is a danger from stall 1, with Glory Fighter another to consider despite stall 8.

Another chance is given to MILITARY TWO STEP, who beat only one rival home when sixth over the extended 1m4f here on last month’s handicap debut but was hampered inside the final furlong and ran a bit better than the bare form suggests. She remains unexposed and is sure to appreciate today’s drop down from Class 2 company. Nikolayeva moves back up in trip after a sound recent effort and is second choice.