Paul Jacobs on the best value plays for Sunday's action.

Update Sunday 8am: All racing at Chepstow today has been abandoned due to a waterlogged track.

This is a really competitive handicap hurdle and several of these like to fire off and be at the sharp end of the action. I suspect that could set up the race for a midfield/hold-up entry and Alan King’s charge Hotter Than Hell fits the bill here.

Three miles was plainly too far for the mare last time out and a fast run race at this intermediate trip looks made to measure and I am certain that there is a race to be won with her off a mark of 116, in receipt of a full 24lbs from the top weight Perfect Myth.

Nuts Well continues to go under the radar, but he can do nothing but beat the horses put up against him and he was a game winner of the Old Roan Chase at Aintree, really sticking his neck out in the closing stages.

This is a race which way back when was a warm up for the smarter northern horses for the Champion Chase and should Ann Hamilton’s charge The King Of May defy a mark of 159 then he is edging towards that kind of level. However, he has no easy task giving lumps of weight away to some up and coming rivals and in the case of the selection, 23lbs.

The soft ground is imperative for this son of High Rock and he ran a solid race on his seasonal debut when second to the smart Zanza. The six-year-old surprisingly dropped a pound for that run and can make that concession tell up the final climb under the superb Brian Hughes.

The one thing I have noticed down through the years in the Paddy Power Handicap Chase is that they tend to race from a long way out which means that the uphill climb to the line can often see the likely result of this famous handicap turned completely on its head. So although finding a well handicapped horse is a prerequisite, just as important is the ability to see out the extended three miles thoroughly.

Discordantly ran a cracking race on his comeback in the Troytown and there can be little doubt that he remains on the upgrade, this being just his 10th chase start and his 18th under rules. With last year’s first three home, Roaring Bull, Fitzhenry and Plan of Attack, returning here out of sorts, I shall be looking further down the weights for the winner this year.

Dunvegan has been campaigned with care by his shrewd handler and looks sure to benefit from his first run over three miles, while Choungaya has endured some bad luck on his six chase starts to date and has been given a real chance off a mark of 136.

However, with nearly half of the 22-runner field yet to convince that this kind of stamina test is going to suit them, the pick of the entries has to be LOCK’S CORNER. Jonjo has always thought plenty of this six-year-old and his two wins over two and a half miles at the beginning of the season confirmed he was a hugely progressive chaser.

He improved yet again when sent back over hurdles, chasing home the classy Honest Vic at Cheltenham, followed by a career best effort back over fences at Kempton Park when slamming Rocco and company off a rating of 134.

Following that smooth success I think his new handicap mark of 139 could still underrate him and granted a clear passage I shall be desperately disappointed if he is not involved at the business end.

If this were to be run on good ground then Magic Dancer would have been my selection, but there is plenty of rain forecast Saturday night into Sunday morning and that is enough to put me off his chance here and instead the vote goes to the unexposed and progressive Skelton rep, Cadzand.

He stepped up massively on his hurdling debut at Ayr with a hugely impressive success at Warwick and that despite a serious mistake at the third last.

But this youngster plainly has a big engine inside and he galloped on strongly down the home stretch for an emphatic win. Yes, this requires taking his form to another level, but Dan wouldn’t have entered him in such a competitive race unless he thought his charge could do himself justice and softer ground won’t be a problem. 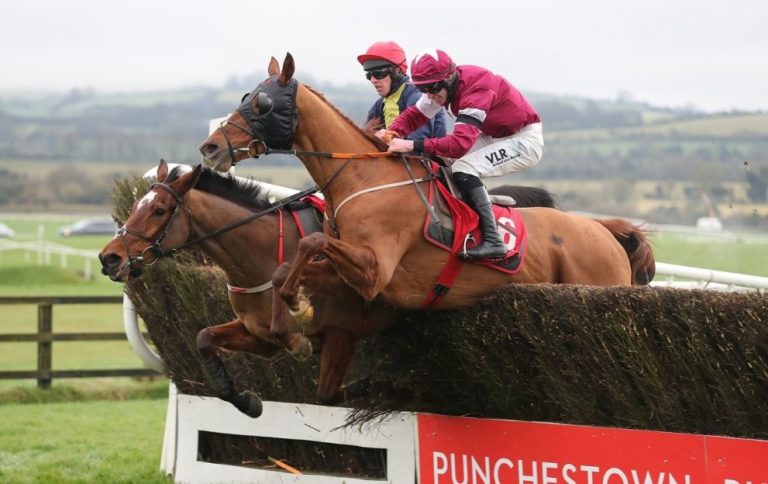