We're backing Raheem to put in a Sterling display in Saturday's big game. 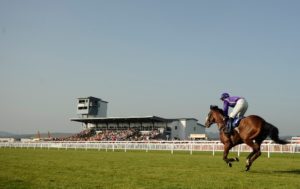 By Graham Sullivan / Football / 1 year ago

This Saturday’s early evening clash sees Man City make the relatively short trip to visit Leeds at Elland Road. Sky Sports are selling this one as the clash of the weekend, and I wouldn’t necessarily disagree! On paper, this looks a great fixture.

Being billed as the Master v the Apprentice, there is certainly something to this as there are plenty of stories to be found about how the ideas of Marcelo Bielsa kick-started Pep Guardiola’s coaching career. They have met before as opposing managers, the first of which Pep’s Barca side handed the then-Almeria coach an 8-0 thrashing, ultimately leading to his departure from his role the very next morning.

Now they find themselves facing off in the Premier League with Pep again at the helm of the ‘bigger’ side. Man City have started this season with one win away at Wolves and a demoralising home defeat to Leicester last week losing 5-2. Leeds have won two and lost once with an opening day defeat at Anfield where they scored three and pushed the champions all the way with Liverpool only scoring a late winner to seal the three points.

At the time of writing Man City are 4/11 favourites to win this one at Elland Road, which to me looks a little on the short side given how poor they have been and how well Leeds have coped back in the big time so far. Leeds look set to be without Pablo Hernandez and Jack Harrison will be sitting in the stands as he’s on-loan from the Etihad club. City won’t have John Stones, Sergio Aguero or Gabriel Jesus available.

It is very likely that with both of these teams playing a very similar style of football with pressing and high-energy play, this may well fall into the hands of City to take the three points. But there are certainly angles we can look into to find a bet in this game.

Leeds to score in the first half

Will there be goals? The short answer is yes, and plenty of them. All of the previous head-to-head and recent match history is laden full of goals for both sides, and I see no reason to think this will be anything different.

Leeds scored two first-half goals against Fulham in their only other game at Elland Road this season and I fancy them to start brightly with a goal scored in the first half.

With injuries to both Aguero and Jesus, Raheem Sterling will lead the line for City and with the likelihood of an open game, we will take a look at his Shots On Target for the next leg of this bet.

Last season when not playing as the main striker he averaged three shots per game and bagged 20 goals doing so, so the play here is for 2 or more Shots On Target.

Fernandinho to be yellow carded

Fernandinho bagged eight bookings last season in 30 starts in the league and will surely oblige again in a position where City will be desperate to win this game and not face another upset and more questions about their future. Partnering Rodri in deep midfield, he will sit and disrupt play and the Brazilian to be booked will be the last leg of the treble.