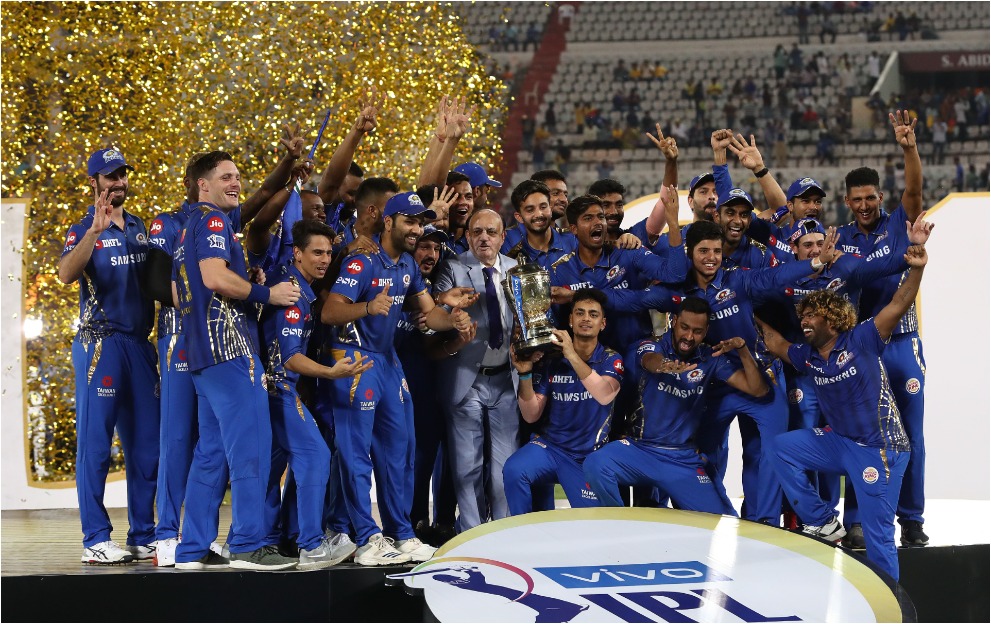 By Stuart Conroy / Cricket / 2 months ago

The Greatest T20 Show is back in town – The Indian Premier League is back!

IPL 15 is underway, with wins for KKR, Dehli Capitals, and Punjab Kings over the weekend; but things are a little different this year. There are two new teams, bringing it up to 10. A lot more games, and due to the ongoing Covid situation the entire tournament will be played in the state of Maharashtra.

We also have a Two Group format as well. So, here’s Paddy’s top cricket trader Stuart Conroy with some team guides which will help you navigate through the new season.

The most consistent side in the history of the IPL. However, they just can’t shake off the Dad’s Army Tag. Dhoni, Uthappa, Rayudu and Bravo have a combined age of 150. Losing Deepak Chahar before the tournament has started is a big blow. They’ve also lost Shardul Thakur in the close season which really does weaken their bowling. They are going to still, really have to depend on Jadeja, Moeen and Gaikwad to win them games. Also, no games in Chennai is going to be a big drawback.

Prediction – They could struggle to make the playoffs and will need some luck.

Despite their win on Sunday night, Delhi have a big problem at the start of the tournament. They’ll really struggle with player availability. Not having Warner, Mustafizur and Mitch Marsh at the start of the tournament is going to put them under real pressure to get points on the board. They do have the most explosive player in World Cricket right now in Rishabh Pant. You take your chances backing him as he’s all duck or no dinner, but you’d pay money to watch him every time.

Prediction – Will scrap into the playoffs but they’ll come up short. They have gone all out this season to bolster their Batting order, and they will surprise a lot of folks early on. Livingstone, Odean Smith and Shahrukh Khan are some seriously big hitters. The problem for them is, their bowling lacks genuine class. They’ll need Rabada and Arshdeep to take wickets in every game and hope that some of their part time bowlers can come to the party. Keep an eye out for Odean Smith’s huge Six hitting ability.

Prediction – They’ll win some games and surprise a few, they might even get to the playoffs. But ultimately, they’ll go out due to a lack of top bowlers.

KKR are without doubt the most consistently inconsistent team in the IPL. They have all the parts you need to have a successful winning franchise, but yet, year on year they find new and creative ways to implode. They will require the Iyer boys (no relation) to get them runs at the top of the order, and hope Russell and Narine can wave some of their West Indian magic. If all their players can click, they’ve every chance of winning this tournament, but something is just nagging me.

Prediction – All comes down to Narine, Russell and Cummins. Fully fit and they make the playoffs, then maybe the sneek it to the final.

For a franchise that considers itself the Top Side in India, last season was some shock to the system. Not even making it to the Playoffs….for shame Mumbai. While they have updated the team in some ways, they’ve kept the players that made the side great. Rohit, Pollard, Kishan and Bumrah. But look at the players they’ve brought in. Mills, Tim David and Dewald Brevis are some seriously exciting players. They also “technically” have home advantage and will look to make the most of it.

Prediction – Having World Class players at the top and the bottom of the order will make all the difference. Winners. You have to credit Rajasthan, they had another really poor IPL last year, and have gone all out to upgrade their batting attack. Padikkal from Bangalore was a seriously good signing. Their bowling attack has also been really improved. Chahal from Bangalore, Boult from Delhi and Coulter Nile from Mumbai will all play a big role for them this year. Pressure is going to be on Samson and Buttler to deliver each game.

RCB dragged themselves into the playoffs last year with some gritty performances. I’m not sold on this year’s team at all. Kolhi needs to do what Steven Gerrard never did, and leave this team to win a league winners medal. They’ve brought in Faf from CSK but there are gaps everywhere in the line up. They are missing Glenn Maxwell for the 1st two matches which isn’t going to help matters. They’ll need huge help from their excellent bowling attack – Patel, Siraj and Hasaranga. The old story with RCB, too many individuals and not enough team players.

Prediction – They’ll struggle to finish in the top half of the league.

The worst side in the league. Once upon a time they were stacked with talent and just couldn’t deliver. Warner and Rashid Khan have both left for better teams. They also have to try and injury manage what best talent they have left. Natarajan, Kumar and Sundar are already carrying knocks and we haven’t started yet. They’ll need Pooran to come up big each game and maybe, just maybe they’ll find a diamond in the rough but I can’t see who or where it’s coming from.

One of the two new kids on the block this year. They’ve made some very bold signings in Rashid Khan and Mohammad Shami. They also have pulled out all the stops and brought in Hardik Pandya as captain. The biggest issue they’ll come up against, is the lack of a solid middle order. I’m not sure that Gurbaz is an upgrade on the now absent Jason Roy. They may decide to use Matthew Wade to open the batting, but this leaves an even bigger gap ion the middle. How they use Dominic Drakes will be something to watch.

Prediction – Will beat some sides and cause some shocks but will struggle to get out of the bottom 3.

Ok…if and I really mean IF, if Lucknow get their best XI out on the pitch in every game they could make the playoffs. However, we know that never happens. They have serious depth issues. They’ve already lost Mark Wood, and are missing Holder, Mayes and Stoinis for the opening week of the tournament. Their season will pretty much hinge on how Rahul, Quinny and Avesh Khan perform. Gujarat v Lucknow will make great viewing as the Pandya brothers will face off against each other for the 1st time in the IPL.

Prediction – They’ll be a little bit better than Gujarat, but lack of depth will catch up on them.

The latest IPL odds are on PaddyPower.com now