This quintet are hunting more success at Prestbury Park. 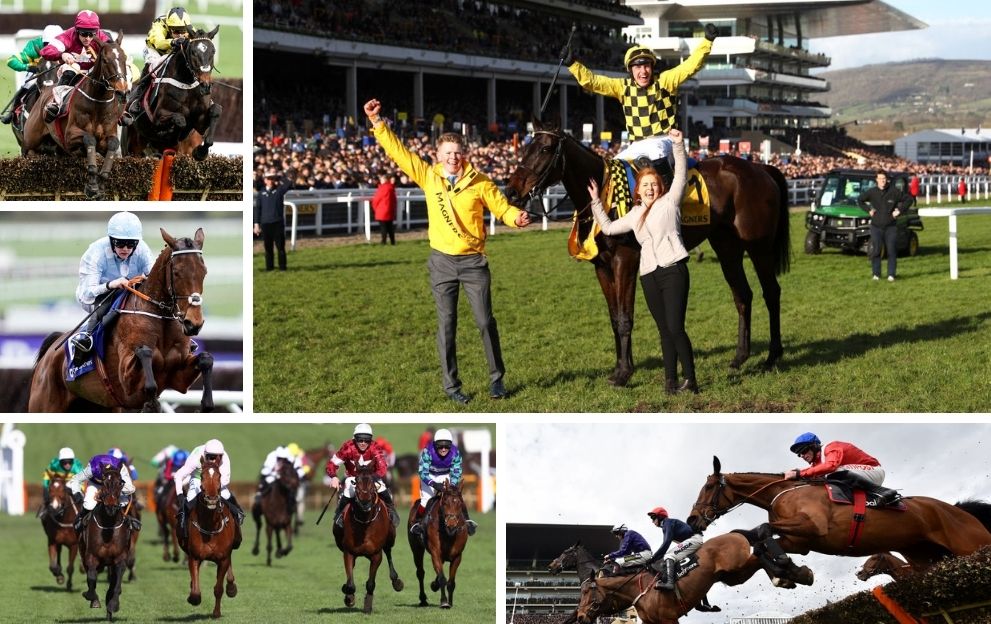 The 2021 Cheltenham Festival is almost upon us and the excitement here at Paddy Power is reaching fever-pitch as we prepare for the action to get underway.

There has been a staggering amount of antepost tips and analysis already provided by our pundits and top traders ahead of the four-day meeting at Prestbury Park, with every single race discussed and dissected in great detail on Paddy Power News.

And while there have been plenty of opposing views from our experts, there are a few former festival winners that most of our team expects to be triumphant again.

Remember, Paddy Power are offering non-runner money back until final decs on every single race at the 2021 Cheltenham Festival so you don’t lose out if your selection doesn’t run.

Shishkin was a mightily impressive winner of the Supreme Novices’ Chase last year, overcoming plenty of difficulties to beat Abacadabras by a head, and the Nicky Henderson-trained star is now favourite for the Arkle Chase.

Matt Chapman: “Shishkin won’t just win the Arkle but he will hack up and show he’s the best jumps horse in training in the UK. Last year’s Supreme Novices Hurdle hero has done nothing wrong in three runs over fences and is just an absolute machine.”

Ruby Walsh: “I think Shishkin is the best horse in the race but he’s odds on and with Paddy’s non-runner money back offer I’d sooner take a chance on another.” Henry de Bromhead’s Honeysuckle is unbeaten in 10 career starts under rules, including last year’s Mares’ Hurdle victory over Benie Des Dieux by half a length, but she will have to be at her very best to beat Epatante and Goshen in the Champion Hurdle.

Ruby Walsh: “Before Christmas I would have fancied Epatante but since the Irish Champion Hurdle, I would be all over Honeysuckle. She was better at Leopardstown than she has been at any stage in her career.”

Frank Hickey: “I would definitely have Honeysuckle over Epatante and Aspire Tower has a great chance of hitting the frame, but I don’t think he will shorten up that much”

James Shortt: “The closer you get to a race, the more you end up looking at formlines above everything else – and Honeysuckle’s demolition of the field in the Irish Champion Hurdle will be what people cling to.” Monkfish put in one of the performances of the 2020 festival to beat Latest Exhibition by a neck in the Albert Bartlett Novices’ Hurdle and he hasn’t looked back since going over fences, with the Willie Mullins-trained charger now odds-on for the Brown Advisory Novices’ Chase.

Ruby Walsh: “Monkfish is a very polished chaser already, and he does everything that you would want a horse to do. He’s a good jumper, he travels nicely and his times are favourable compared to the Savills Chase at Leopardstown at Christmas. You have to like what he’s done.”

Rob Catterson: “Not since Denman in the 2006/07 season has a horse dominated the staying novice chase division as much as Monkfish. The one thing that the Willie Mullins-trained chestnut has over Paul Nicholls’ legendary chaser is that he’s already a winner at the Cheltenham Festival.”

James Shortt: “Monkfish has the form in the book. He could become the fourth winning favourite in the past seven years if he secures victory.” Considered by many to be the banker of this year’s meeting, Envoi Allen already has Cheltenham form with wins in the 2019 Champion Bumper and the 2020 Ballymore Novices’ Hurdle so the hat-trick is up for grabs in the Marsh Novices’ Chase.

Ruby Walsh: “I can’t understand why Envoi Allen is just a shade of odds-on. He should be way beyond that. He is unbeaten so far in his bumper, hurdles and chasing career, so what’s going to beat him now?

“He’s a 1/4 shot. I can’t understand why he’s not half the price he is and he’s my NAP for Thursday. I’m not into tipping odds-on shots, but he should be way shorter.”

Frank Hickey: “In last year’s Ballymore, coming down to the second last you might have thought that he was in a spot of bother but he won quite easily in the end. You would much rather take odds-on with Envoi Allen than you would Shishkin in the Arkle.” Al Boum Photo is looking to make history with a third consecutive Gold Cup win and, while he isn’t particularly loved by punters, the resilient nine-year-old has plenty of fans among our pundits.

Ruby Walsh: “It will not be straightforward, but Al Boum Photo is the most likely winner of the Gold Cup.

“He’s not that imposing and he doesn’t stand out from the string. He’s just a normal horse but he has terrific stamina. He has a great cruising speed, he’s very sound and his jumping is fine. He has learnt to get himself from A to B but his jumping is not his strongest point. However, he can stay incredibly well and that’s what Gold Cup winners do.”

Frank Hickey: “Al Boum Photo won his first Gold Cup as a seven-year-old in a strongly run race back in 2019 and last season he proved his versatility when he won the Gold Cup despite the race being run at a slow pace.

“Champ and A Plus Tard have emerged as the big dangers, but I still believe that they will need to improve another 6lbs to beat Al Boum Photo here. In my opinion he is hugely underrated still, but that surely won’t be the case when he wins this third Gold Cup.”

Rob Catterson: “Sometimes when the answer is too obvious, we tend to look elsewhere. But when it comes to Al Boum Photo, when it’s not broke then why try and fix it?”