Watch: The eight worst entrants ever in the Royal Rumble match

We love the Royal Rumble match here in Power Tower, but we know in our hearts we'd have no business entering it and these wrestlers shouldn't have either... You probably have to hide your love of wrestling these days like the old nudey mags you conceal from your parents under the floor boards, but we promise there’s no judgement here.

With the Royal Rumble event right around the corner on January 27, we’ve decided to have a look at the worst people ever to compete in the famous 30-man (and now woman) match.

There’s plenty of terrible entrants out there, but in no particular order we’ve narrowed it down to this eight. 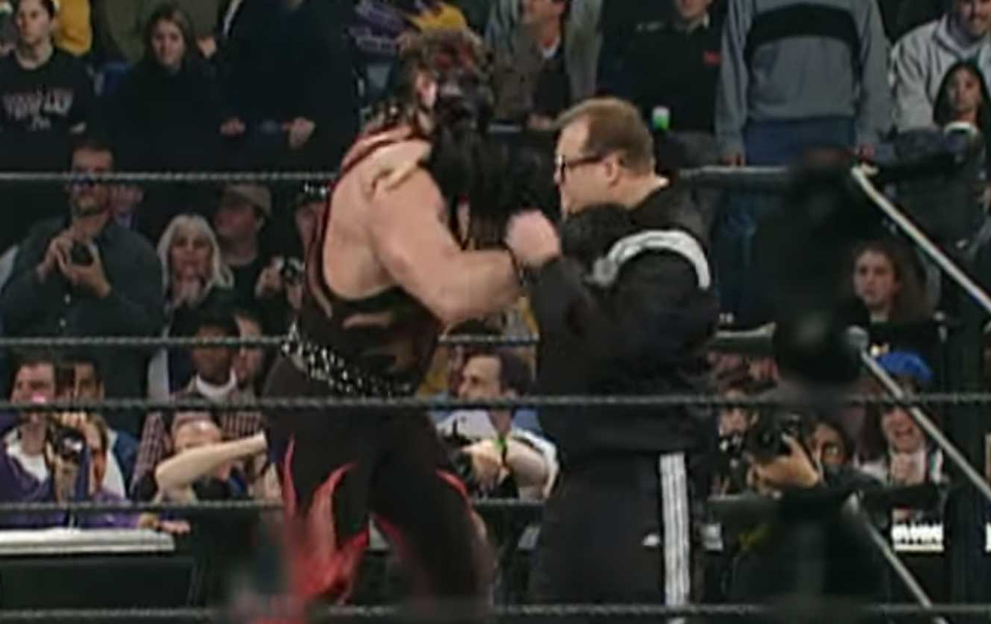 All the best Royal Rumble odds are on PaddyPower.com

Remember him? Carey, once the biggest comedy star in the world, was convinced by Mr McMahon to enter the Royal Rumble match. It wasn’t long before he ran into a rampant Kane and quickly exited stage right.

Honestly, can you believe this guy is a former World Heavyweight champion? Anyway, that aside he makes the list after being tricked into being elimination by Beth Pheonix only the second woman in history to enter the Men’s Royal Rumble match.

By his own admission, The Brian Kendrick will tell you he made a balls of his first WWE run and HHH wasted no time trying to get rid of him during the 2009 Rumble, although ‘The Man with a Plan’ couldn’t even get that right at the time. He back now these days much the wiser and a former Cruiserweight champ to boot.

Why waste a spot for commentator? Yes, The Voice of the WWE was in the middle of a heel run in 2012 and wriggled his way into the Rumble. Thankfully the huge Karma wasn’t long seeing him and that horrible orange singlet off.

For 20 long years, his proud (we suppose) record of spending the shortest time in the match stood at two seconds after being thrown out by Hulk Hogan. Nothing is forever in the WWE (just ask the Undertaker). You can see his elimination briefly at 2.23.

Amazingly Santino has the distinction of having the shortest stint in the history of the Royal Rumble (one second officially, although it’s up for debate) and being in the final two of the largest one in history. You learn something new everyday.

Given that there’s only ever been one Woman’s Royal Rumble in WWE history, you’ll have to EXCUSE us for only have one entry from the female side of things. While Vickie Guerrero will certainly go down as an iconic authority figure and deserved her moment, she really had no business in the Royal Rumble match and was swiftly dumped out by every woman in the ring at the time.

While we love the big guy from Dublin here in Power Tower more than a pint of Guinness from O’Shea’s in Clonskeagh, the 2018 Royal Rumble wasn’t his finest hour. Amazingly, Sheamus who actually won the Royal Rumble Match 2012 only last TWO seconds in this one. Poor Heath Slater had been battered on his way to the ring earlier in the night and just couldn’t seem to get himself into the match. Sheamus thought he’d give his fellow redhead a hand, but swiftly found himself eliminated on his birthday of all days!

Pin down Paddy with some Royal Rumble punts at PaddyPower.com