France v Croatia: Where do the stats point to on the World Cup final

Giroud to score first? No really. 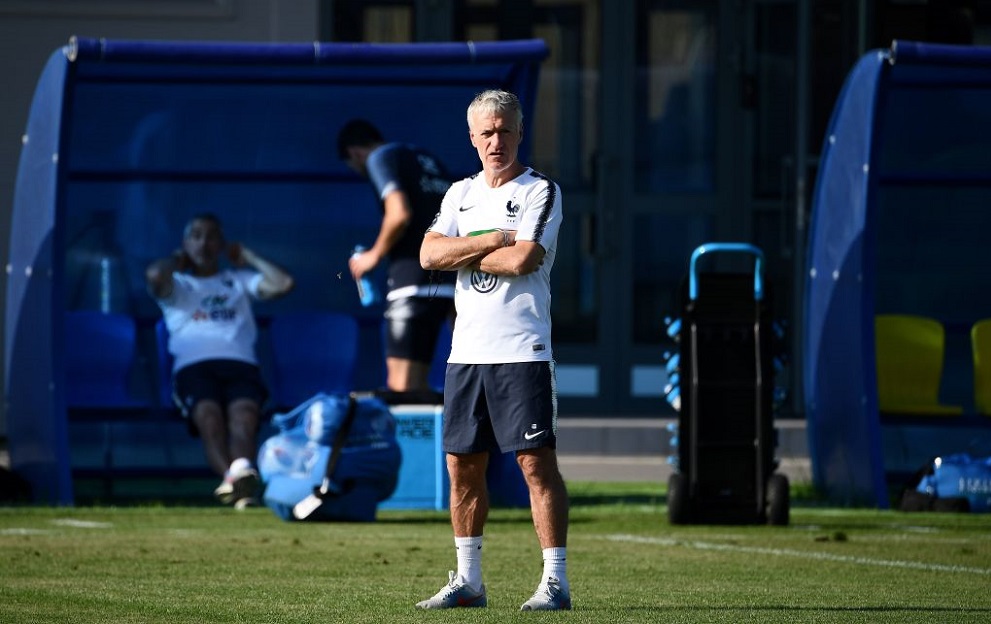 Well, it turns out that if it’s coming home, then ‘it’ isn’t the World Cup. Then again, as a Frenchman created the World Cup in the first place, I think there’s a very good chance it will be going home.

France are available at 10/11 to win in 90 minutes, or just 4/9 to lift the trophy. You’ll get your money back as a free bet if they win in normal time too. The odds mean the French are a shorter price than the favourites were in any of the last three World Cup finals. If you fancy Croatia to win their first global title, Zlatko Dalic’s side are 7/2 to do so in the regular match, or 7/4 to get the job done at some point.

In other words, Paddy thinks France have roughly a 50% chance of winning the game, while Croatia are about a one in five shot. Based on the fact the Balkan side have played extra-time in all three knock-out matches, while France have not, and Didier Deschamps’ team have had an additional day to prepare, perhaps these prices seem fair. Yet the two nations’ underlying statistics at the tournament have been pretty similar. France have the edge, but it’s by small margins – their shot difference and clear-cut chance difference are one better, they are three ahead for shots on target difference, and have been just 0.8 expected goals better when combining figures from both ends of the pitch.

It could definitely be closer than the odds suggest, and both teams favour a 4-2-3-1 formation so could cancel each other out for large parts of the match. Their last meeting ended 0-0 too, albeit it was seven years ago.

World Cup finals are also usually tight affairs. The last three have gone to extra-time, and indeed the price for a draw in 90 minutes (9/4) shows Paddy believes it is more likely than a Croatia victory in normal time too.

It therefore seems sensible to back a lack of goals on Sunday. Six of the last seven finals have seen fewer than 2.5 goals, and four of them saw one or none. The one final with three goals in recent times did feature France, but it also featured Ronaldo when it never should have. As I noted in my preview of the semi-final, Croatia’s knock-out games have featured exactly two goals in 90 minutes, and that pattern continued against England. Aside from a bonkers match with Argentina and a pair of penalties when they faced Australia, France’s games have been low scoring too. Under 2.5 goals is priced at 4/9, and definitely looks the way to go here.

World Cup finals used to see both teams score in the old days, but that trend ended in the 1990s. Both sides found the net in the first 13 finals, but from Italia ’90 onwards it has only happened once. As with the high scoring finals, the exception here also featured France, as it was their 1-1 draw with Italy in 2006.

Croatia’s last four matches may have seen both teams celebrate a goal, but it only occurred in one of their seven matches prior to that. With France having kept four clean sheets in Russia, it looks like a ‘no’ bet is the way to go in the both teams to score market. Paddy will let you have that at 4/7.

The goal scorer tips section should be titled ‘The Curious Case of Olivier Giroud’, and not because he’s getting younger. The Chelsea striker has had 13 shots at the World Cup, but not a single one has been on target. The next largest haul by a player who has failed to trouble a goalkeeper is five, so surely Giroud will hit the target before too long?

Eleven of his efforts have been in the box too, and only five players can top that tally. It’s too small a sample to cite our old friend the law of averages, but his run has to end at some point. He’s too good (no, really) for it not to. Giroud is available at 11/2 to score first, or 11/4 to score at any time. I tipped Ivan Perisic to score in my semi-final preview, so I hope you were all on him to do so at 9/2. He’s not a bad shout here either actually, as he’s one of the few players who has had more shots in the box than Giroud. The Inter Milan man is available at 11/2 to score here, so Paddy must rate France more highly than England for some reason.

In drawing with the Three Lions, Croatia became just the fourth team to play extra-time in three matches at a single World Cup. Whether it’s coincidence or not, none of the others won the title, and I think it’ll be a bridge too far for them here too.

Plus Dejan Lovren came out after the England match and proclaimed himself one of the best defenders in the world, and Liverpool fans know all too well what to expect when their Croatian centre-back gets ideas above his station. Get on France to win to nil at 17/10, and shout Allez Les Bleus.