Big prizes on offer in the Big Apple. 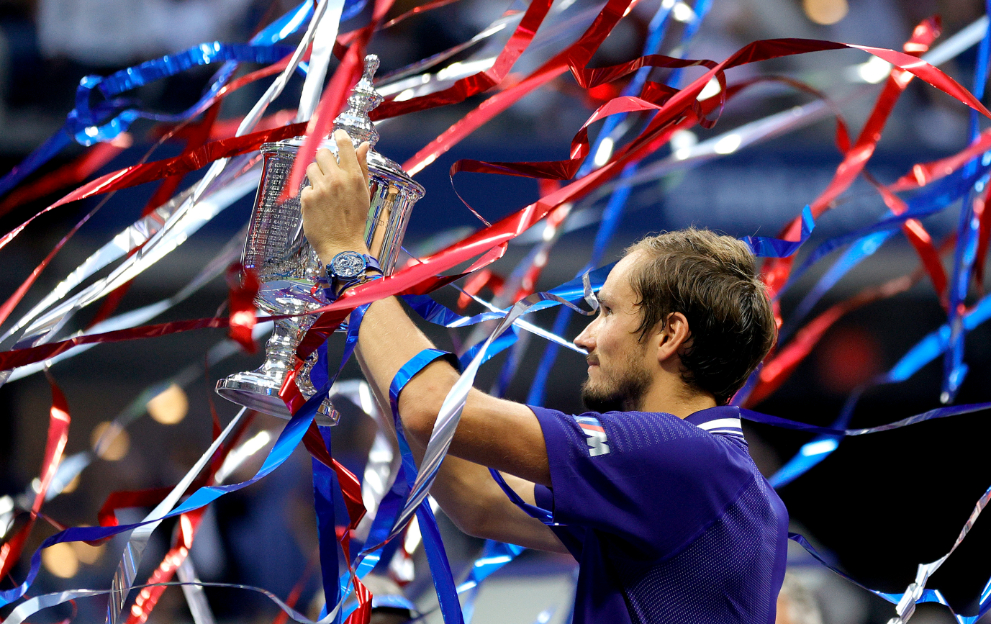 The teenage tennis talent became the first singles qualifier in the Open Era to win a Grand Slam title when triumphing at Flushing Meadows 12 months ago but the bright Brit faces a big test to retain her trophy.

Daniil Medvedev also landed his maiden Grand Slam at last year’s tournament when conquering Novak Djokovic in the men’s singles final and he’s also back to defend his crown.

The fantastic fortnight of terrific tennis at the US Open 2022 gets underway on Monday, August 29, with the women’s singles final scheduled for Saturday, September 10 with the men’s showpiece the following day. So, who are the favourites to win the singles titles at the US Open 2022? Well, Paddy’s tasked his trusty traders with pricing up the odds and you can see our latest prices on the Paddy Power website or via the snazzy widgets below.

Novak Djokovic heads Paddy Power’s betting for the men’s singles tournament despite it being far from certain that he’ll be allowed to compete at Flushing Meadows due to his coronavirus vaccination status. The 35-year-old has refused to take the jab and travel rules require individuals to be fully vaccinated to enter the United States.

Daniil Medvedev is the reigning champion after beating Djokovic in last year’s final and would take his place at the top of the market if the Serb is unable to compete. The world number one missed out on the last Grand Slam after Wimbledon bosses banned Russian players as a result of Mad Vlad’s invasion of Ukraine.

Rafael Nadal, the greatest player in men’s Grand Slam history with a record 22 titles, is also prominent in our outright betting along with Spanish rising star Carlos Alcaraz, who reached the quarter-finals at last year’s US Open, and Wimbledon finalist Nick Kyrgios.

Iga Swiatek heads Paddy Power’s betting for the women’s singles tournament but has failed to progress beyond the round of 16 at the US Open in three previous appearances. The world number one has enjoyed an incredible year, however, boasting a 37-match winning streak earlier in the season and winning three hard court tournaments this season.

Number seven seed Simona Halep has enjoyed a resurgence in 2022 and took her North American swing to new heights when winning the Canadian Open earlier this month. She has two Grand Slam titles on her CV but has never reached the final at the US Open.

The women’s game is a lot more open than the men’s as Naomi Osaka was the last player to win back-to-back Grand Slams when following up her 2020 US Open triumph with victory at the 2021 Australian Open. The Japanese ace is prominent in our betting along with American teenage star Cori Gauff and Wimbledon champion Elena Rybakina.