US Open Men’s Preview: The usual suspects and 3 outsiders worth a punt

Last major of the season. Come on lads, don't let them have another one ffs. 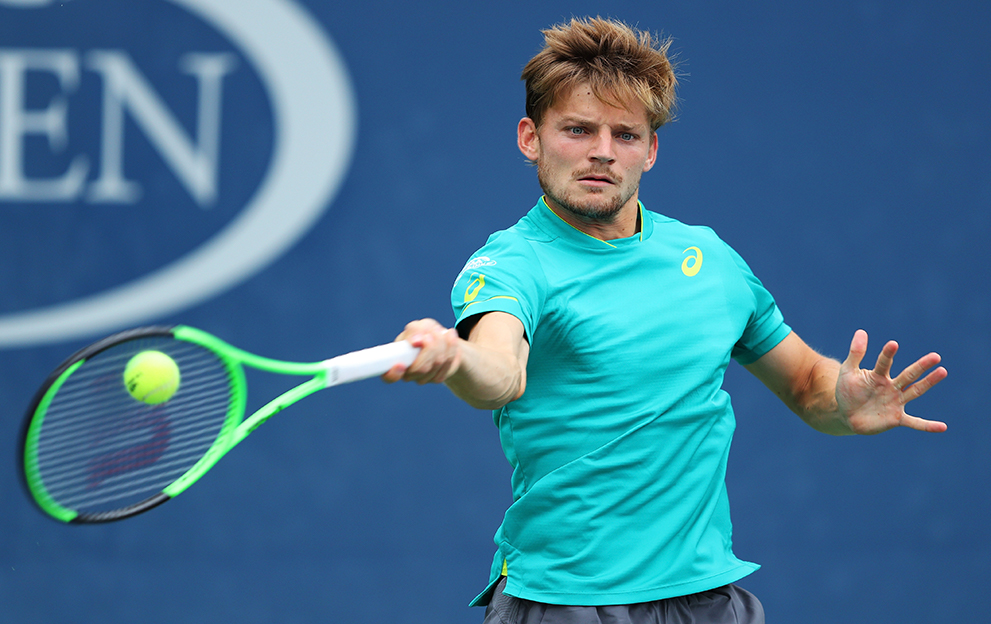 By Stephen Higgins / Tennis, US Open / 2 years ago

We’ve reached the last major of the season in New York. Novak Djokovic won in Melbourne and London while Rafa Nadal did the usual in Paris. Will we have a clean sweep of grand slam wins from the usual suspects? It’s hard to see an alternative outcome I’ll be honest, but there’s always that small chance of an upset. Here’s my list of favourites and some outsiders that could do some damage.

While Rafael Nadal has an obscene record at Roland Garros, Djokovic is far from shabby at Flushing Meadows. The world no.1’s consistency in New York is quite frightening. Over the years, his record stands at he title three victories and five lost finals. If we exclude 2017, when he didn’t enter due to injury, Djokovic hasn’t lost BEFORE the semi-finals here since 2006!

A look through his draw suggests a similar showing this year with one question mark. The 32-year-old should have too much of everything for his early opponents though Sam Querrey could stretch him a little in the second round. Potential fourth-round opponents Stan Wawrinka, Kevin Anderson or the rising Hubert Hurkacz may also cause trouble. But Djokovic will be most wary of a quarter-final clash with Daniil Medvedev. The Russian has beaten Djokovic twice this season, most recently in Cincinnati earlier this month.

I’m putting the three-time champ ahead of Roger Federer here because I think he has a marginally better draw. The Mallorcan should have too much for John Millman in the first round and potentially Thanasi Kokkinakis in the second. Nadal could then get 2014 champion Marin Cilic or John Isner in the third round before a potential fourth round with Alexander Zverev or Karen Khachanov. I don’t believe the young German has the belief yet to beat someone like Nadal in a major, but the powerful Russian certainly has. Khachanov put up a lot of resistance 12 months ago as he lost to Nadal in four tight sets. The Spaniard will need to be on his game to make the last four for a seventh time but he’ll accept the challenge as always.

The man of the moment after making three finals in three consecutive weeks. The adaptable 23-year-old lost to Nick Kyrgios in Washington and Rafael Nadal in Montréal before victory in Cincinnati. As a result of 14 wins in three weeks, Medvedev is a top-five player and one to be feared. The one concern for the Russian is that he will be burnt out with so much tennis in those legs. If he isn’t, there’s a decent path to a last-eight rendezvous with Djokovic.

It’s taken the Belgian a while to get back to form after an elbow injury that ended his 2018 season prematurely. Results were mixed until the grass season arrived this summer. The 28-year-old made the final of Halle and the last eight of Wimbledon to kick start his campaign. Not much happened for him in Washington and Montréal but a run to the final of Cincinnati is just what he needed. Placed in Federer’s section of the draw, he could just shock the Swiss in the fourth round.

A beast of a player at 6’ 6” with weapons everywhere, Khachanov is on an upward trajectory. The 23-year-old moved into the top 10 after a run to the last eight in Roland Garros and has stayed there. In Montréal, it was hard to ignore his wins over Stan Wawrinka, Felix Auger-Aliassime and Alexander Zverev. He’s formidable and arguably the biggest threat to Nadal before the semis.