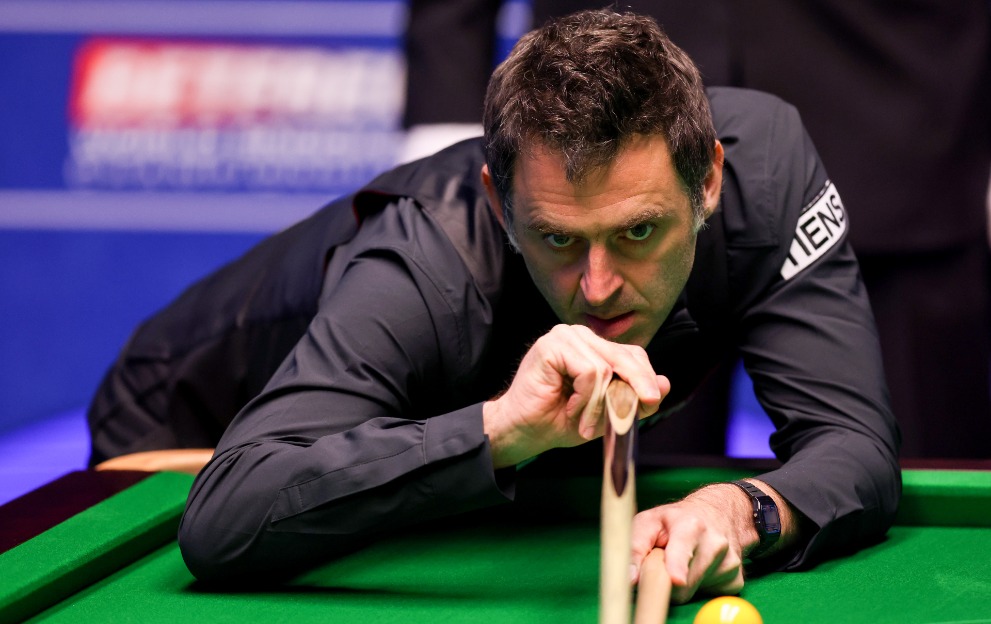 By John Parrott / Snooker / 4 weeks ago

The World Snooker Championship 2022 has reached the quarter-final stage and we have some tantalising match ups to look forward to. First up, on Tuesday morning we have Stephen Maguire taking on six-time champion Ronnie O’Sullivan while Yan Bingtao goes up against in-form Welshman Mark Williams.

To mark the occasion, we’ve got former World Champion John Parrott to assess the matches and give us his top tips.

Ronnie O’Sullivan has looked absolutely focused right from the start. I’ll actually let you into a little secret, he’s actually filming a documentary as he’s playing.

He was big fan of the one on Ayrton Senna, he let that known and the company that did that one is actually now doing one on him.

He’s after the big finish and I’ve never seen him so focused. The camera’s are all over the place but he’s playing brilliant snooker and he wants to equal Stephen Hendry’s record of seven world championships.

In his two victories so far, he was 3-0 down to Dave Gilbert and he never batted an eye-lid and won 10 frames to five. Then in the last round, to beat Mark Allen 13-4, he absolutely blitzed him and he looks like he’s in tremendous form.

Maguire was okay against Shaun Murphy then he went back to Scotland and changed his cue and he was very good against Zhao Xintong, made it really hard for him and Xintong couldn’t compete with him.

These two have played lots of matches against each other, 23 in fact, and its 19-4 to O’Sullivan and the way he’s playing at the moment, I think he’s going to take a lot of handling.

The bet here is O’SULLIVAN -4.5 FRAMES, I think he is going to give Maguire a bit of a whooping. Mark Williams has been unbelievable so far with some of the snooker he’s played. He’s made 10 centuries so far to get here.

He’s had a relatively easy draw compared to others but he absolutely breezed past Jackson Page in the last round, making six centuries in that match.

Bingtao is a different kettle of fish, though. He’s a really solid match player but he did have an absolutely stinker in the Last 16 against Mark Selby, having to show patience and composure to get through that.

Mark Williams is 4-2 up against Bingtao in head-to-heads and I can see him winning this, I think UNDER 22.5 TOTAL FRAMES is the bet here.