John Parrott picks out five top tips from the opening round at the Crucible. By John Parrott / Snooker / 4 months ago

Its round one in the World Snooker Championships 2022, as the road to the Crucible final kicks off.

There’s some tasty clashes amongst the opening sixteen game’s and Paddy’s got you covered for each and every frame.

I was hearing before the one draw Dave didn’t want to get was Ronnie O’Sullivan, and sadly, I did the draw and pulled out Ron, so I don’t think I’ll be getting a Christmas card from Dave Gilbert! They’ve played on seven occasions, and it’s 7-0 to the Rocket – amazing stat because Dave Gilbert is a very good player, and he’s in very good form, beating Anthony Hamilton 10-3 to qualify. But I think Ronnie is going to win easily, 10 frames to six. 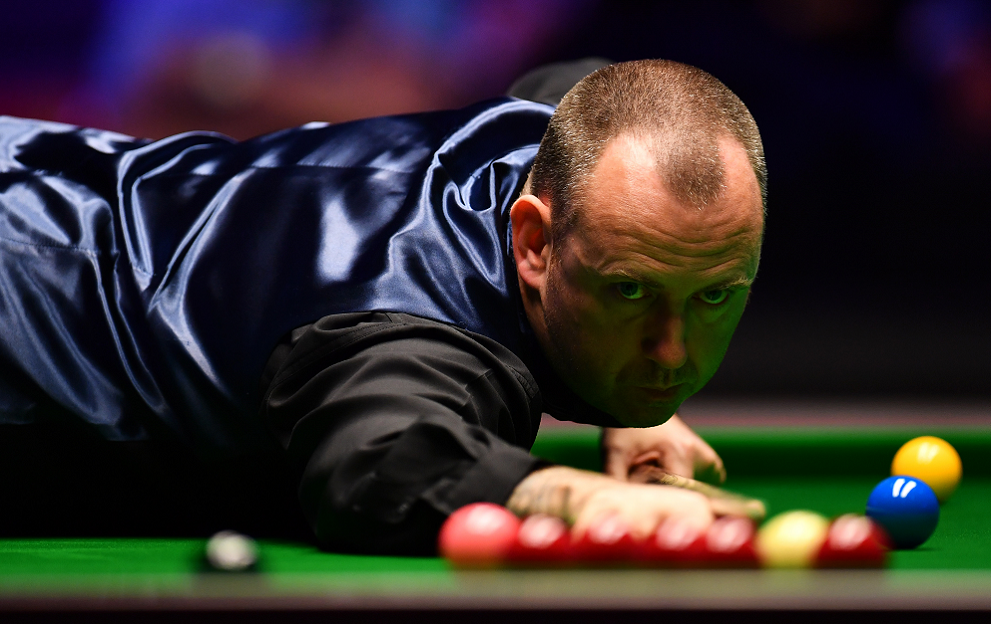 An all Welsh-clash, this probably isn’t the easiest game for Mark Williams. They’ve played on eight occasions, and its 5-3 to Williams, but interestingly enough, Michael White has been Mark in the UK and in the World – I should clarify that by saying Mark Williams wasn’t on the greatest form when he lost to him then. But it could have been an easier opener for Williams. Apparently he’s in great form, making two maximums in an exhibition match recently. I think he’ll get over the line against Michael White, it might not be easy – probably around 10-7.

Usually we’ve got a form guide, but we’ve got nothing with this – these two have actually never played each other which is amazing when you think about how much snooker gets played on the circuit. Haotian came through Dominic Dale, beat in ten frames to four. But he’s up against a very experienced campaigner in Stuart Bingham, who actually made more centuries than anybody in the Championship last year, because he was coming through the qualifiers. He’s got himself back in the top 16, he’s a very dangerous opponent, I would think his experience would count, I would expect Bingham to win 10-6.

This could be very close, this could go right down the wire this match. I don’t think this is as straight-forward as it looks for Jack Lisowski. Matthew Stephens had a brilliant result against Ali Carter, he came from behind to beat him 10-8 – one of the toughest qualifying matches you can come through. And he’s got ‘Crucibility’ has Matthew, he’s been to two finals of this, it’s great to see him find some form. This could be a headache for Jack Lisowski, I’m going to plump for him slightly, but this could be a 10-8 or a 10-9 result.

I can’t quite work out what Judd Trump is doing this year, he came to the Championships last year after winning six events and he was the best player by a long chalk. He’s still managed to win twice this year, which shows how much class he’s got, but I just don’t know what form he’s in and I suspect neither does he! He’s up against a very dangerous opponent Hossein Vaffaei from Iran is a real good potter – he knocks balls in off the lampshade! Make sure you watch this one, it will be a cracking match to watch. I’m gonna go for Trump to win it, it could 10-7 or 10-8, a lot closer than people think because Hossein Vaffaei can pot balls, and Judd might be under pressure in the opening round.

John Parrott’s Round One Tips