Rugby tips: Our 6 best bets for a belting opening weekend of the Six Nations 2022

Jon Newcombe of TheRugbyTipster.com has got a sackful of value picks for Week 1 of the 2022 tournament. 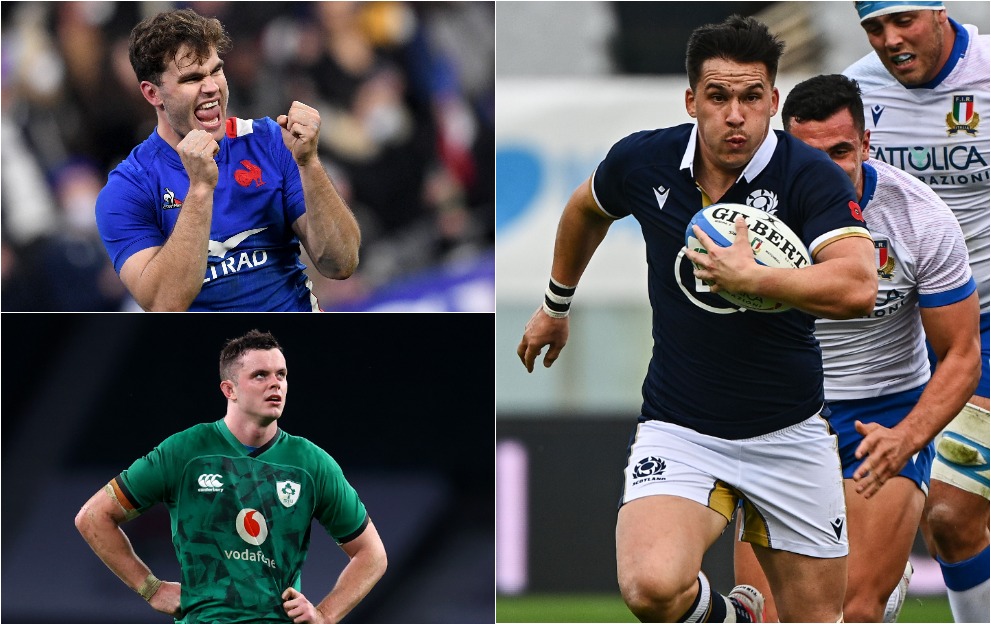 The 2022 Six Nations is here with a cracking round of matches to kick-off the tournament. On Saturday, defending champions Wales have their work cut out when they travel to Dublin in Saturday’s opening match before old foes Scotland and England do battle in the Calcutta Cup at Murrayfield at 4.45pm.

Pre-tournament favourites France get to flex their muscles on Sunday afternoon when Italy travel to Paris for a 3pm kick-off.

We’ve already dipped into our crystal ball in this Six Nations betting tips tournament preview and we’ve now crunched the stats and served up our picks for the first three matches.

Jon Newcombe of TheRugbyTipster.com joined out pals at PPTV to pick out the best punts on offer.

You can’t help but get excited about this fixture. Last season we were denied fans, but we weren’t denied excitement – there were tries aplenty – and Wales ended up winning the whole thing at odds of around 12/1. This year I think it may stack up the way of the favourites, though, those being France, Ireland and England.

It’s important to get off to a good start in these tournaments – momentum is everything and I think Ireland will get the job done here against Wales in Dublin before heading to Paris and in Round 2 with a win under the belt. Ireland are on a real run and playing with confidence, and have a well-balanced and well-coached team under Andy Farrell. Johnny Sexton, who is such a talisman at No.10, is back which is crucial because there’s still question marks about his understudies.

They have some of the best players in the world at the moment – Tadhg Furlong at tighthead, James Ryan in the second row, Caelan Doris, Jack Conan and Josh van der Flier in the back row. Ireland have the strength in the pack both in the starting side and off the bench to give Wales a difficult ride.

I don’t think Wales are as bad as made out to be with their injury problems. They still have plenty of quality and one of the best finishers going in Louis Rees-Zammit, and the 14 points on the handicap might be asking a little much of Ireland to cover.

Rees-Zammit scored a worldie from about 70 metres out against Newcastle last weekend, but he’s a little too obvious! If you’re looking for something a little bit different, hooker Ronan Kelleher is not adverse to the tryline and No.2’s dotting down at the back of a rolling maul has become a real trend of late.

Another to consider is Cian Healy. He’s got a few against Wales over the years and he’s scored plenty of late. He’s worth a look first or anytime tryscorer.

There’s an experimental and youthful line-up selected by Eddie Jones here and my hunch is this team without the leadership of Owen Farrell and Courtney Lawes will be a little bit green. Those new combinations away to Scotland doesn’t add to an England win to me.

Scotland have been improving and improving – they won’t win the Championship because they’ll always find a way to lose – but they’ll be fired up for this one in front of a full house at Murrayfield and I just think England may lose their way and the hosts will edge it.

I’m not interested in the +3 handicap on Scotland – I’m backing them outright to win. It’s normally quite a cagey game – in fact the last eight Calcutta Cups in Edinburgh have finished with less than 40 points.

There won’t be much in it, but if anything I’d make Scotland -3, so I’ll take them to win.

For Scotland, centres get a disproportional amount of their tries. Elliot Daly will be playing in there for England, and he’s not played a lot because of injury and there’s been question marks about his defensive capability before.

Chris Harris is a battering ram but stranger to the tryline, and is 14 games without one at Test level so instead I’ll look at Sam Johnson, who will be in there alongside him. For England, Max Malins is among the favourites and if they are to get a try, I wouldn’t be surprised if it is him. France may be favourites for the Six Nations, but they’ve had a bit of a disrupted build-up with Covid and injuries meaning a lack of game time for some players. Scrum-half Antoine Dupont, the World Player of the Year, looked a bit rusty the other week, but he’s a class act and should be fine.

They’ll get close to the handicap, but I’m not confident they’ll get over it with what could be a slow start as they get up to speed. Italy will be pumped to begin with, but we saw last year they can drop off for periods in the game with the fitness and physicality of the opposition taking it’s toll.

I’d be a bit nervous of the handicap and will be steering clear. However, there’s three things certain in life: death, taxes and an Italy defeat. They haven’t won in 32 Six Nations matches stretching back to 2015 and I don’t think that run will end here.

Peato Mauvaka, the hooker, is in good try-scoring form and gets on the back of those rolling mauls, and I’m expecting a big tournament from Damian Penaud whether in midfield or on the wing. He’s in good club form and should be able to open up the Azzurri defence.