Introducing our latest innovation to make your Bet Builder's even better 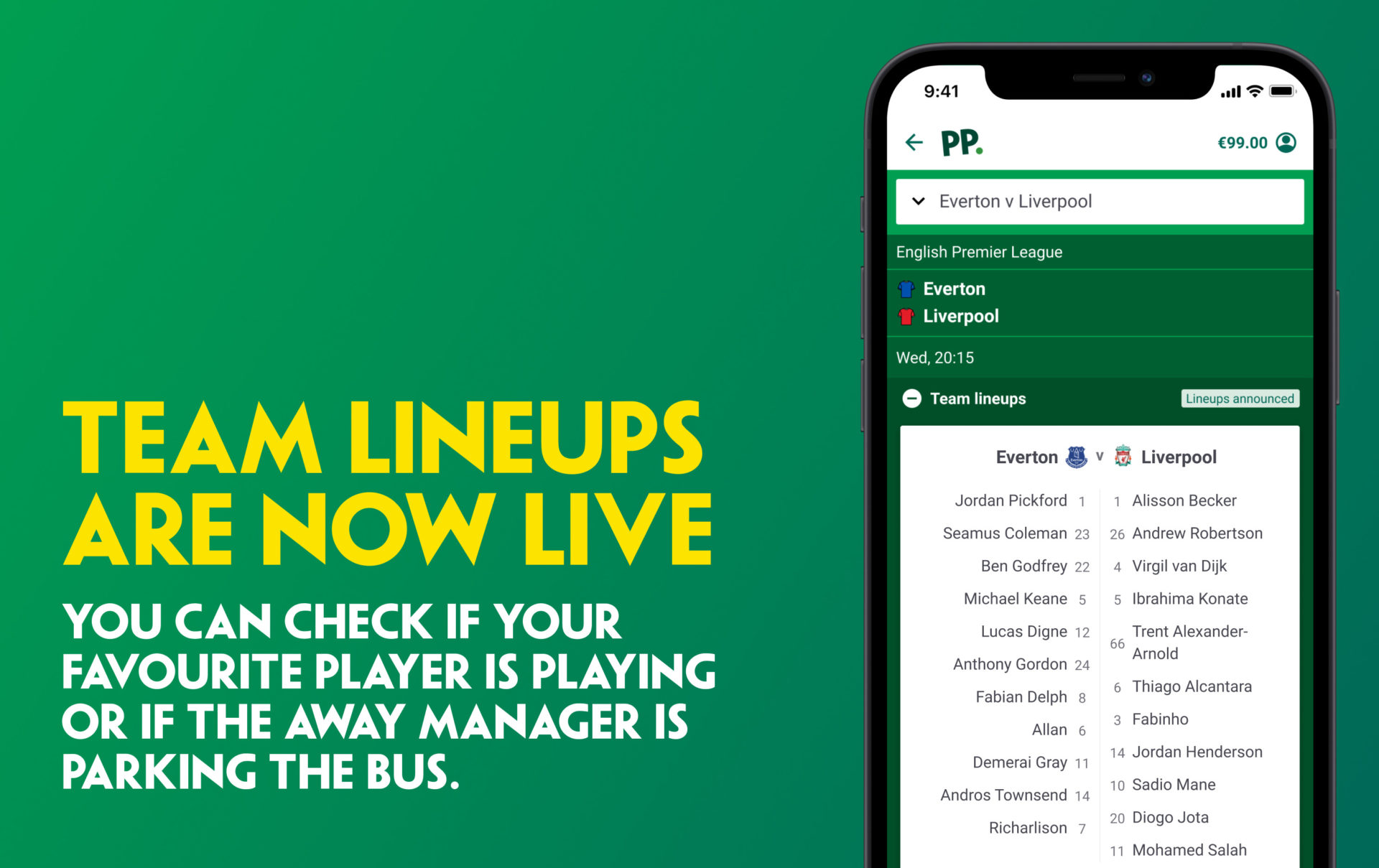 By PP Staff / Propaganda / 2 months ago

There are a few things you think of when you think of Paddy Power  – great offers, cracking odds, ruggedly handsome good looks, a deeply sensual musk with notes of citrus and lavender, and, of course, a six-pack that’d make Cristiano Ronaldo envious – but Bet Builders are right up there at the top of the list.

Adding multiple selections from the same game into your betslip to increase the odds is a simple idea but it’s just a no-brainer. Waiting on Phil Bardsley to lose his head and get booked to bring in a 33/1 four-fold can make even a Burnley game worth watching! That’s the power of a Bet Builder.

And what if we told you that creating a Bet Builder is about to get even better? “Pack of lies, Paddy – it can’t be done,” you’re thinking. Well, I’m not angry, I’m just disappointed in you… *sheds tear* Yes, you better believe it – just click on the drop-down option to see the lineups for both teams and get your betslip loaded.

Say you (and millions of others tbqfhwy) fancy Fred to get booked (again) as Manchester United travel to Norwich, our lineups page will help you work out if he’s in the starting Xl to avoid selecting players who are on the bench.

Or if you’re wondering how Pep roulette will affect Manchester City’s team after they played in the Champions League in the week, we’ve got you covered.

We will offer lineups from all of Europe’s top leagues – and Scotland – so whether you’re a strict Premier League docket kind of guy or a Euro football hipster who really appreciates how Greuther Furth are exploiting attacking transitions this season, we’ve got you covered.

Lineups will feed through almost immediately after they’re announced by the clubs so you’ll have 45 minutes to one hour to work out how you’re going to scoop the loot.