Loyalty's gone out of style, no one knows that better than our new ambassador Rhodri Giggs, but he's moving on, and so are we with Paddy's Rewards Club... 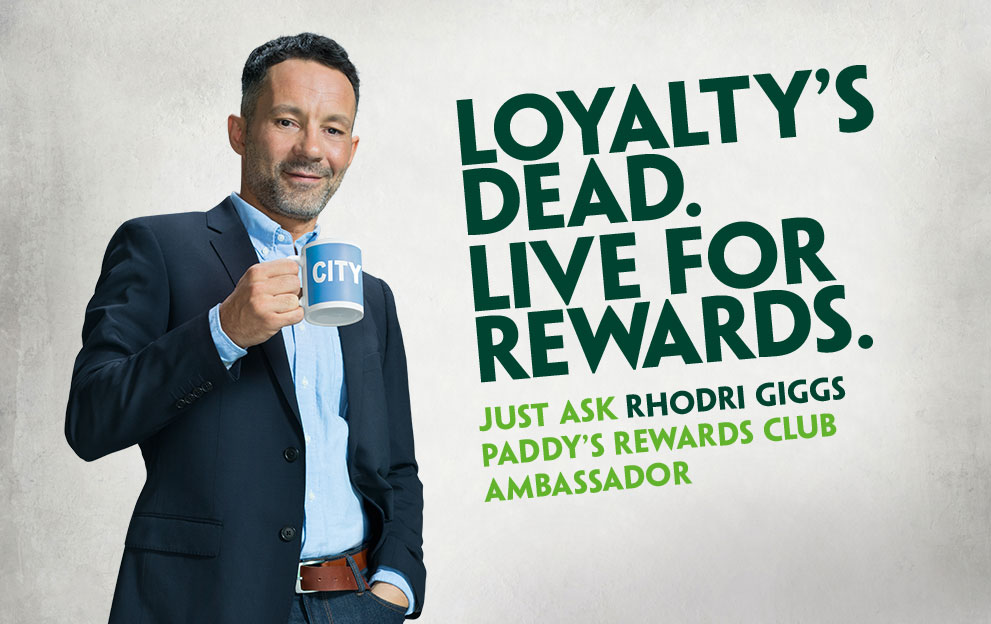 Rhodri Giggs has been unveiled as the face of our new ‘loyalty’ campaign. In the tongue-in-cheek advert, Rhodri pokes fun at himself, his brother Ryan, and their now infamous fall-out.

It includes a scene where Rhodri groans as his beloved Wales lose a football match, before beaming at the camera as the commentator says ‘questions will be asked of the manager’. Brother Ryan was appointed Wales manager last January.

Forget Loyalty, Paddy’s Rewards Club is where it’s at

When asked what his sibling will think of the advert, Rhodri said: “I’m sure, after the initial defensiveness, he’ll have a laugh about it. It’s funny.

“The whole thing is just me poking fun at the situation because I’m over it. I’m not in the dark place I was years ago, I’ve moved on, he’s moved on, my ex-wife has moved on.”

The advert was directed by Peter Cattaneo – best known for Oscar-nominated The Full Monty – and promotes Paddy’s Rewards Club, our anti-loyalty scheme.

Our spokesman Paddy Power said: “If you can’t trust your own brother to be loyal, why would you bother with a loyalty scheme?

“Inspired by Rhodri’s experiences, we’ve decided to create a rewards club rather than a loyalty scheme. Paddy’s Rewards Club: Loyalty is dead. Live for rewards.”