The new NFL season kicks off this week and if you want to make Sundays as profitable as possible, you should stick to our gridiron punting pointers... When it comes to betting on the NFL, most people think they know their Julio’s from their Juju’s, but the reality is fair-weather fans just bet on blindly on teams they think are good.

The NFL is quite different to punting on other sports. No team is ever as good or as bad as the previous week suggests. Lots of casual punters will just bet on teams they perceive to be a good team, such as the New England Patriots, based on their most recent blowout win, but the reality is on “any given Sunday” (insert cliché here) any NFL team is capable of beating any other team, or at least capable of covering the spread. 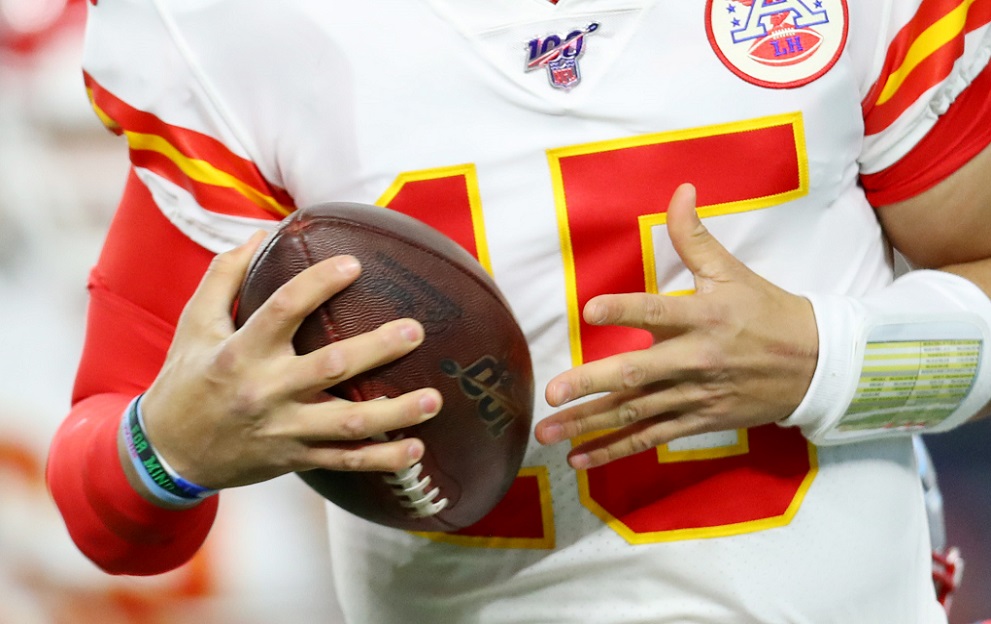 Head over to PaddyPower.com for all the latest odds on the new NFL season

1 – Make your own spread or handicap line for each game

Each Monday you should work out what you think the line should be for every NFL game, then pop onto PaddyPower.com and see if there’s a difference between your line and the bookies. If there’s a difference, then you bet on where you think you’ve an advantage! It seems really obvious, but it’s not something that everyone does.

If you’re feeling lazy you could go online and find some NFL Power Ratings which can help you work out a spread, and then compare that to a bookies handicap and see if there’s any discrepancies. The best thing to do is find ratings you trust.

A good place to start is Sonny Moore’s Power Ratings, which are one of the oldest in the game. It looks like the website was built on a Commodore 64 but it will give you a fair idea of how to handicap a game.

Put simply, the golden rule for betting on NFL handicaps is “bet numbers, not teams”. This is something that novice punters forget about, but you should always factor in when handicapping an NFL game.

The general working rule is give a team three points on the handicap when playing at home, but of course some teams have better home advantages than others. If the Seahawks are playing at home I’ll give them a 3.5 points head start, if the Dolphins are at home it’s 2.5.

3 – Understand how injuries and weather impact the game

When betting on the NFL a good rule of thumb is to either bet early or bet late. When matches for the following week are priced up on a Monday it’s possible to get some line value, but if you don’t you’re better off waiting until Sunday afternoon to place a bet when you have all the information regarding weather and player fitness at your disposal.

Injuries are part and parcel of the NFL, and while everyone will be aware of headline stars getting hurt (including the bookies), knocks to key players like offensive and defensive linemen are often overlooked and can be just as important. For example, much of the Dallas Cowboys success rushing the ball over the last few years is as much down to their O-line as it is to Zeke Elliot. Before you handicap a game you should check-in somewhere like here for the latest injury news. Some punters like to put a point value on different players; for example, if Aaron Rodgers is injured then the spread will change by seven points from what it should be if he was fit… but that’s a tricky skill to master.

Just being aware of injuries beyond the big names is a good place to start.

The weather also has a massive impact in the NFL especially as we head into the cold winter months. It still amazes me how so many bettors don’t look at the effect of the elements in their punting. There’s a basic tenet of NFL betting wisdom when it comes to backing points totals: if there’s a wet or snowy weather forecast, you should bet the under.

It doesn’t always ring through though. Wet and snowy conditions can help the offence more than the defence. A wide receiver is aware of the route he wants to run and the defence has to react to that on a wet surface. Slippery conditions will basically lead to more mistakes. For me, wind is the most important factor when considering climatic aspects of a given game. If the wind is anything over 15mph, passing efficiency will decrease massively and field goals and extra points become much more difficult. When it’s windy teams will tend to play slower and run the ball more too. Teams with electric passing attacks will be affected more so betting on the underdogs when it’s windy is a good starting point.

Team schedules and rest time between games are also important when picking your punts.

There really is a lot to consider isn’t there!?

I love betting on underdogs against high-profile teams who have a big game the following week. The Steelers often get caught-out like this. They lost to a poor Dolphins team in Week 6 of 2016, for example, when they had Patriots up the following week.

Teams coming off a bye are also ones to keep an eye out for. It gives players an extra week to rest and recover both physically and mentally, while allowing coaches two weeks to prepare for an opponent that only has a handful of days to get ready. This is particularly worth remembering for good teams with good coaches. Who wants to give Bill Belichick two weeks to prepare?

Finally, primetime TV games are another scenario worth looking at. One would imagine that it’s a huge advantage hosting primetime NFL games but that’s not always the case. There’s a fantastic read on why here.

5 – Use Matchup Data on teams

This seems like an obvious point to make but there are lots of sites out there with lots of match-up data that will help inform your NFL betting. Football Outsiders is probably the best place to start, they have lots of free data for you to compare how teams match-up against each other.

Anyone who has read anything about NFL handicapping has probably heard of key numbers. To put it simply, key numbers are the most common margins of victory. If a team wins 24-21, then the margin of victory is 3 points. Having a handicap bet on these numbers will have a decent effect on your chances of winning or simply pushing, so it’s worth shopping around for the best line or simply waiting till the line moves until you get the bet you want.

Bookies will generally tend to be quite reluctant to move a handicap from off a key number as they’re at risk of getting middled. If a line moves from 2.5 to 3.5, you really should be able to tell why that’s the case. Odds for the Superbowl XXXVIII football game between the Carolina Panthers and the New England Patriots are posted at the Imperial Palace Hotel & Casino sportsbook in Las Vegas, Nevada January 26, 2004. The Patriots are listed as seven-point favorites for Sunday’s championship football game. The Panthers are listed as 2-1 underdogs to win. The casino also lists over 150 proposition bets such as the odds of certain players making the first score. REUTERS/Steve Marcus/Las Vegas Sun SM

You can spend hours analysing NFL as you’ll see from the above, but what your gut tells you is possibly as important a factor to remember as any.

If you create your spread on a Monday for a game and it’s not the same as the bookies and you still feel you’re onto something, do the due diligence, but don’t forget that initial instinct when you saw the spread. There’s nothing worse than losing a bet after you’ve gone against your gut.

Combine your football intuition with all of the above and you’ll have a better chance of winning than losing money over the season.

PaddyPower.com always goes for the two-point conversion. Get the latest NFL odds now