This feels like a strange match-up to analyse. A flashy striker versus a jiu jitsu specialist. At 1/2 Johnny Walker is a heavy favourite but I would have question marks over him technically and I’m not sure his fundamentals are the best. Of Walker’s 19 wins, 16 have been first round finishes which I think highlights that if you can withstand the early storm, he is vulnerable.

Walker has lost seven times with four of those coming in round 2 or later. Craig is an elite level Brazilian Jiu Jitsu practitioner and can be relied upon to consistently try and take the fight to where he has the best chance. 13 of his 16 wins have been via submission and he averages almost one submission attempt per takedown.

Walker’s win potential is highly correlated to his KO chances here and that is very possible given Craig has been finished three times in the first round. However, at 1/2 I’m keen to swerve Walker here and at big prices I think Bearjew is a very lively underdog. Craig will likely be outmatched in the striking department so it’s hard to make the case for a decision victory so the round two and three submission props make plenty of appeal here. This is the first quadrilogy in UFC history and deservedly so. The score is currently 1-1-1 across their three previous fights and to further underline the point of how closely matched these two are; they have officially completed 12 rounds across three bouts, we have 36 judges’ scorecards (remember, three judges score a fight). Across those 36 scorecards, Figueiredo was awarded 17 rounds vs. Moreno’s count was 16 (there was one 9-9 round due to a point deduction).

The only definitive ending to any of the three fights has been Moreno’s rear naked choke in their second bout at UFC 263. Their first fight was a highly disputed draw while the trilogy fight was another close affair that was scored 48-47 to Figueiredo on all three scorecards. There’s nothing to split these two across those three fights.

As an outright pick, I lean towards Figueiredo, but I think the win odds are spot on so I’m not looking to play either side here. There are however some factors that make me keen to swerve Moreno. The Mexican moved to Kansas in June 2022 to link up with previous head coach James Krause. Due to recent controversies that partnership had to end and mid-camp, Moreno had to up sticks to Las Vegas where he’s now training out of Xtreme Couture. However, his team is something of an amalgamation of camps as it is Fortis MMA boss Sayif Saud who is Moreno’s head honcho now.

Moreno commented recently that he’s still unsure of his long-term training situation and we won’t know until after the fight what sort of distraction that has been in this training camp.

Given how closely matched they are, the draw at 50/1 looks worth a stab given that 50/1 is the standard price for a draw in any MMA fight, let alone one where we’ve seen how close three previous scorecards have been. This is the first UFC card in Brazil since the last card that took place before the world officially went into the first COVID lockdown in March 2020. It feels apt that it’s Glover Teixeira who headlines with the chance to reclaim the Light Heavyweight belt he lost last time out to Jiri Prochazka.

At 4/6, I think Hill’s price is slightly on the skinny side. The main concern around Teixeira is one that’s been asked prior to his fights for a while now; at what point will damage taken and his age catch up with him? It’s impossible to say until after the fact and at his odds I’m happy enough to side with Teixeira here.

He was winning the fight against Prochazka and was only 28 seconds away from retaining his title. There were some uncharacteristic errors from the Brazilian that cost him, and I don’t expect him to make those mistakes again.

Jamahal Hill is certainly capable of knocking out anyone in the division and that would look to be his most likely path to victory here. He’s 11/10 to win KO/TKO and that should arguably be shorter and more in line with his win price. I think the two are highly correlated.

It is worth noting that he was originally scheduled to face Anthony Smith in this fight and has had around five to prepare for Teixeira here. That’s quite the change in styles so that’s another reason I think his price is short.

Teixeira will want to get this fight to the ground where he will be levels above his opponent. Hill is a southpaw which means his lead leg will be out there for the Brazilian to attack single leg takedowns and take the fight to his world.

Teixeira’s age and career will catch up with him at some point but at the price I think you’re being fairly compensated for those question marks. Hill is young for the division and will have more chances and this may prove to be a couple of fights too early for him. 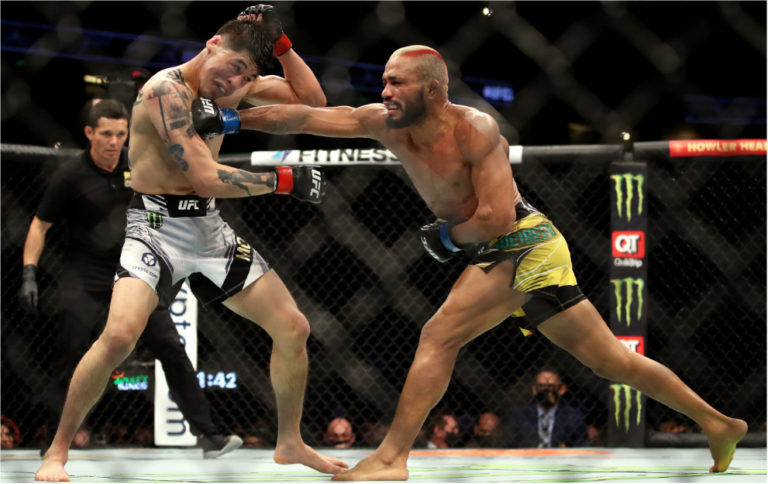