Our UFC expert Sean Taylor looks ahead to a huge night in the Octagon. Charles Oliveira v Islam Makhachev – Makhachev Round 4, 5, or by Decision

It’s an often-overused phrase in combat sports but styles make fights and Oliveira v Makhachev is one of the most interesting stylistic matchups I can imagine in MMA right now. Both fighters have supreme skills on the ground but when there, they are complete opposites. Charles Oliveira is a free-flowing, creative force of jiu jitsu.

He is much less concerned with his position when on the ground, more so happy that the fight is there. Makhachev is essentially the opposite of this. He is a direct, dominant wrestler who will look to drain every ounce of fight you have left. He has the style you would expect being a disciple of Khabib Nurmagomedov’s father, Abdulmanap.

Like Khabib, we know what Makhachev will look to do and the question is, can Charles stop him? Only one man has ever managed to do so and that was in Islam’s 2nd ever UFC fight back in 2015. There are very fair holes to pick in Makhachev’s resume.

Being truthful, it isn’t up there with some of the others atop the UFC’s lightweight division. However, that’s something we have seen before with this style of fighters. They’re very hard to match because it’s often high risk, low reward. Normally, holes like this would make me cautious about getting on board with a price like this.

However, Makhachev’s skill set and the tools he possesses to potentially nullify the submission threat of Oliveira are undeniable. I think it’s inevitable that this fight will end up on the floor at some point so watch out for Makhachev looking to tie up Oliveira’s wrists and legs, to the extent that it nullifies Oliveira’s jiu jitsu. It’s hard to offer a submission threat when your limbs are wrapped in some Dagestani handcuffs. Oliveira’s skillset is well known. I think we can expect him to start fast, pressuring Makhachev and quite happy to take a shot to land one. The early rounds could be somewhat chaotic as Charles looks to find submission opportunities amongst the mayhem. I

t’s worth mentioning Oliveira’s insane submission output; 2.89 attempts per 15 minutes in his UFC career. While I think he will get chances against Makhachev, I find it hard to imagine he’ll be able to roll from submission to submission like we’ve seen him do in previous fights.

That makes it much more imperative that when he is presented with a limb, that he finishes the fight. We have seen him tire himself out chasing submissions and that would be fatal with someone like Makhachev standing across from you. I toyed with the idea of playing the early Oliveira submission props (and I couldn’t put you off those) but when you break down where each fighter can win, I found it hard to oppose Islam here. Don’t sleep on the submission game of Islam Makhachev should Oliveira tire down the stretch.

An Islam win here will be a war of attrition fight and this market covers a possible late finish and decision win.

This isn’t a bet I expected to be making at the start of this fight week. There’s rightly been something of a cloud surrounding TJ Dillashaw since his return from a doping ban and it’s easy to forget how good he looked against Cory Sandhagen in July of 2021. That was following an enforced two-and-a-half-year absence, so the layoff isn’t much of a concern here. More of a concern will be Dillashaw’s age. While time waits for no man, it’s an intangible that we can never know until after the fact.

As a stylistic matchup, their wrestling is pretty even, however, Dillashaw will likely want to keep the fight on the feet as that’s where his best path to victory lies. Spending time on the ground would expend a great deal of energy that could be better utilized trying to back Sterling up and land punches and kicks. Dillashaw’s striking, head movement and footwork is, in my opinion, just better than Sterling’s.

Sterling is the likelier of the two to chain wrestle, chase takedowns and submissions. It’s worth noting that Sterling hasn’t landed a knockdown in his UFC career. Dillashaw and his coach, Duane Ludwig will be well aware of this and it probably means that he won’t be afraid to step into range and take one to land one.

Looking at where Aljo’s win upside lies, he probably needs to land a submission or spend five rounds not getting backed up against the fence and avoiding Dillashaw’s prowess on the feet. How likely is a submission? ‘Funkmaster’ has 16 UFC fights and a takedown accuracy of 21% would suggest he needs to be pretty clinical should he get the fight there. Of course, the Cory Sandhagen fights show his willingness to attack submissions from standing positions however I think it’s fair to say that was something of a low percentage play and Dillashaw hasn’t yet been submitted in his MMA career.

I don’t think the prices reflect the reality of where Sterling’s win upside lies. Dillashaw wins a stand-up fight and has the defensive capabilities to deal with the threats Sterling poses. We won’t see Dillashaw get frustrated the same way Petr Yan did in his rematch with Sterling. He’s much calmer and more collected in the fire.

This is a fight that could probably headline most fight night cards. I think this is a bout where both fighters are really well matched and with similar styles. Generally, both would look to get to top position in their fights.

However, in a wrestling match-up you often see the fight take place on the feet because they essentially negate each other’s threat on the ground. That’s what I expect to happen here. Muhammad goes under the radar because he doesn’t have the most fan friendly style.

Despite this, it’s a highly effective style. He’s unbeaten in seven fights. In those fights, he faced a variety of different styles and his wins against Vicente Luque and Stephen ‘Wonderboy’ Thompson stand out as notably impressive. Brady is unbeaten, but this is a step up in class and anyone who has read my previews will know I generally don’t like taking short prices about prospects making that step up.

I think both are well matched on the ground however I think Muhammad has more about his game should Brady be unable, or chose not, to take this fight to his desire location. Neither are noted knockout artists, so it makes sense to look towards the method of victory market here to add some extra juice to the price. Brady is the more likely to land a submission; however, as I’ve mentioned already, I’m doubtful as to how much of this fight plays out on the ground. I really do think Muhammad is underrated because of his style and while you shouldn’t expect the most exciting fight of all time, I think this is a good value bet. 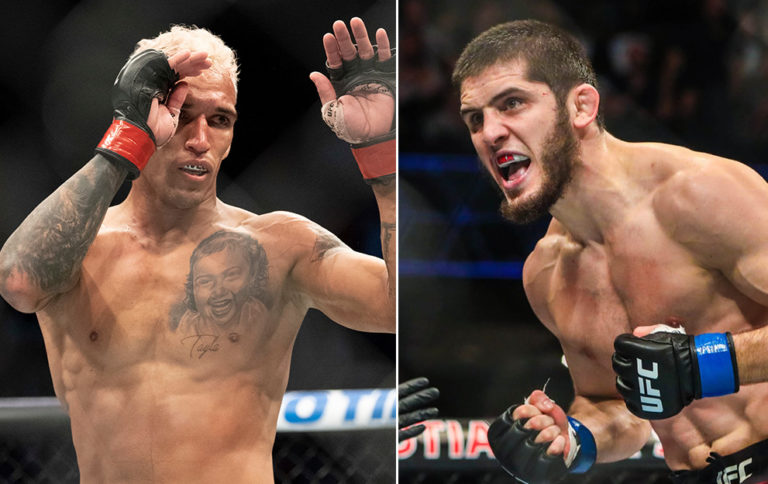