Our UFC tipster Simon Head has three top tips for a night where there’s gold aplenty on the line in the octagon. 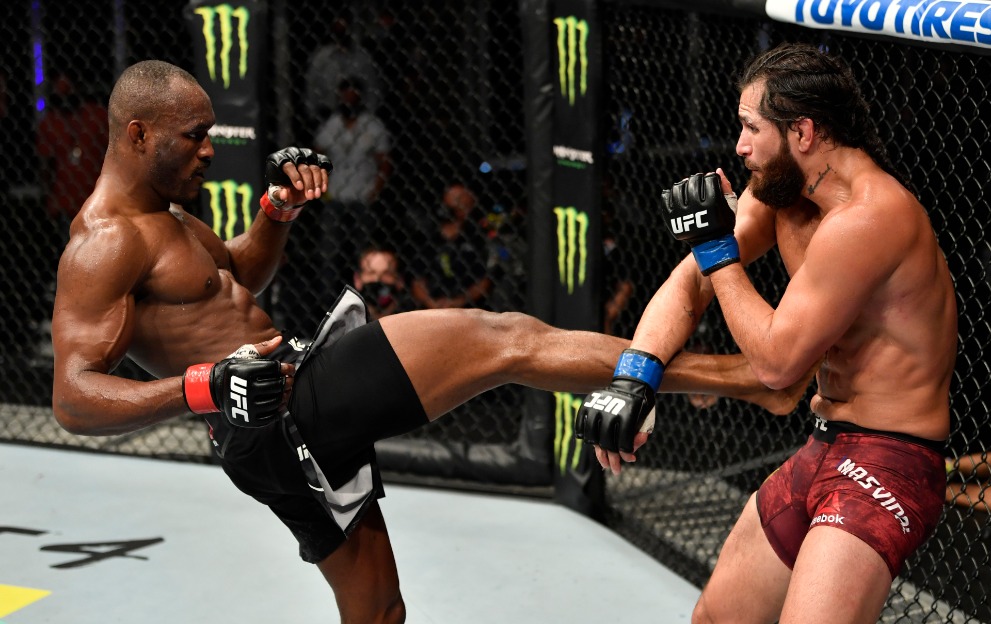 The UFC is all set to play to a full house for the first time since the COVID-19 pandemic struck the globe, with 15,000 fans set to pack the VyStar Veterans Memorial Arena in Jacksonville for UFC 261.

We’ll be socially distanced, some 4,000 miles away, for fight night. But that doesn’t mean we’ll be any less absorbed by the action in the octagon. Make sure you’re invested too by checking out our trio of value picks for the night’s three world title fights. UFC welterweight champion Kamaru Usman is one of the most dominant forces in the UFC today. He’s riding a 17-fight win streak and has never lost in the UFC octagon. He also holds a dominant decision win over the man he faces on Saturday night, Jorge Masvidal.

There are caveats, however. Masvidal took their first fight on six days’ notice and, while he was comprehensively outwrestled by Usman on the night, he was never in any serious trouble in the fight.

It means there’s a certain level of intrigue over the rematch, with some asking whether Masvidal can use better cardio and sharper takedown defence to keep Usman at bay, then finish him on the feet.

VERDICT: The smart money has to be with the champion. He’s never looked in serious trouble in any of his fights, he has a ludicrously deep gas tank and is as strong as an ox. He probably won’t get the job done inside the distance against a fitter, better-prepared Masvidal, but a repeat victory on the scorecards looks like a solid bet. The women’s strawweight clash between former champion Rose Namajunas and current champ Zhang Weili could produce some of the best action of the night.

Namajunas has slick, well-drilled striking and an underrated grappling game that could potentially put Zhang in trouble if the fight goes to the mat. The price on a Namajunas win by submission looks like a very nice side bet indeed.

But, despite “Thug Rose’s” undoubted credentials, Zhang looks a little too strong, a little too fast and a little too powerful for the former champ. The Chinese champion went five rounds with Joanna Jedrzejczyk in one of the greatest title fights in UFC history and showed that, while she has a ton of power, she’s more than capable of slugging it out for the full five-round duration. She’s not unbeatable, but she looks in outstanding form.

VERDICT: A crazy submission finish from Namajunas aside, this looks like Zhang’s fight to lose, and her power means the odds on a win via KO/TKO looks like a good value pick for a fighter who is a favourite to win the bout. Sun 4am: Valentina Shevchenko v Jessica Andrade: Shevchenko To Win In Round 3, 4 Or 5

Valentina Shevchenko is, quite simply, the second-best female fighter in UFC history. Aside from her losses to the female GOAT Amanda Nunes (one of which was hotly disputed), Shevchenko has been almost flawless inside the octagon. She’ll look to continue her reign of dominance when she puts her women’s flyweight title on the line against former strawweight champion Jessica Andrade.

Andrade is undersized for the division, but she’s a pocket rocket, with bags of power and a constant willingness to push the pace. It’s seen her capture the UFC title at 115 pounds, but at 125 pounds, against one of the greatest female champions ever? That might be a bit too much to ask.

Shevchenko’s control of range, mastery of striking and sneaky good ground game all amount to a nightmare match-up for just about anyone at flyweight, and she holds all the aces against Andrade in a fight that she should win inside the distance, probably in the latter rounds.

VERDICT: Shevchenko is an unbackable favourite to win outright, but those odds get very interesting when you look at the round betting. With Andrade likely to be dangerous early, then fade as the right goes on, the clear value lies in backing Shevchenko to win in rounds 3, 4 and 5.