The three-day Sept festival starts at HQ and Timeform have given us their best bets for Thursday's opening card including Victory Dance (3pm).

The ones with experience don’t set the bar too high in this maiden so it may be worth chancing likely-looking newcomer A DUBLIN LAD. He cost 300,000 guineas as a yearling, represents top connections, and is a half-brother to smart Sacred, so there is plenty to like about his claims on paper. The Renegade and Expressionless are both open to improvement and make most appeal of the remainder.

Charlie Appleby has saddled the winner of this three times since 2013 and BOLD ACT is taken to enhance that already good record. Having shaped well on debut on the July Course, he has subsequently landed the odds in a couple of novice events and an opening mark of 92 looks particularly lenient with the prospect of even more to come. There’s The Door is the likely outsider but has some solid form to his name and may cause the biggest threat.

AZURE BLUE recorded a career-best effort when winning a handicap over this trip on the July Course two starts back and shaped as though still on a good mark when hitting the frame in a useful event at York last time. She was drawn on the wrong side of the track on that occasion, but did especially well to finish as close as she did from a less-that-ideal position, leaving the impression she is still in top form, and she is expected to launch another bold bid from the same mark. Tarhib also won with a bit in hand back from a break at Yarmouth and she is an obvious threat under a penalty.

There may only be four runners in this year’s Somerville Stakes, but it looks a cracker, and is a hard one to solve. VICTORY DANCE, Holloway Boy and Nostrum all arrive with plenty of potential, but the extra experience of the first-named may count for plenty. He didn’t need to improve to win a listed event at Newbury last time but left the impression there is even more to come and he represents connections that have won the last two renewals.

It’s hard to look beyond THUNDEROUS, who has largely acquitted himself well in pattern company this season, and he did very little wrong when finishing fifth under a big weight in a handicap at the York Ebor meeting last month. He is taken to follow in the footsteps of Nayef Road, who bagged this contest for the Johnston yard 12 months ago. Island Brave landed a big pot at Haydock recently and he looks the one for the forecast.

OPEN CHAMPION probably didn’t need to improve to open his account at Lingfield last month but he did do so when finishing midfield in a competitive handicap over a mile and three quarters at Haydock last time. He is 1 lb lower now and back over a mile and a half, but appeals as a three-year-old who has more to offer, and represents a bang in-form yard. Amtiyaz was better than he was able to show at Haydock last time and could provide the chief threat having been cut some slack by the handicapper. 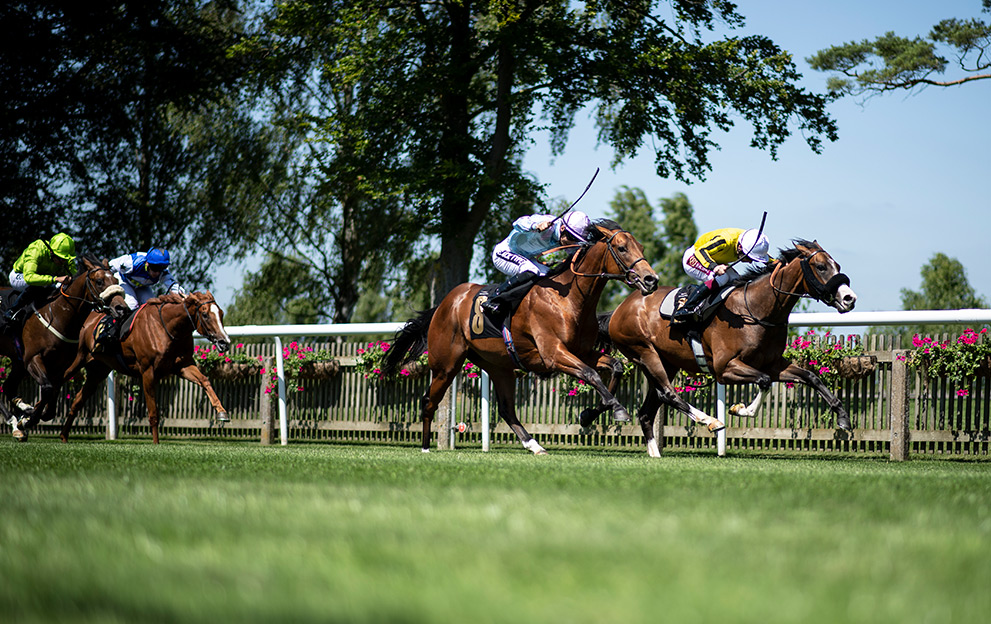 YANTARNI showed ability in three starts towards the end of last year but was well backed ahead of his return on the July Course last month and duly showed improved form to open his account. That was his first start since undergoing a gelding operation and he appeared to have done plenty of work beforehand, but there should be even more to come from him now and he can comfortably defy a 5 lb rise. Sunrise Valley may still have more to offer and may give the selection most to think about after three months off.

The vote goes to POSTWICK, who showed much-improved form when winning in a good time on his second start in a handicap at Newbury six weeks ago. A subsequent 5 lb rise looks particularly lenient and this unexposed three-year-old should have plenty more to offer. The prolific Captain Kane is the obvious threat back on better ground.