Horse Racing Tips: Your prize punts at York today including a 9/1 NAP

The Racing Post's verdict on the Knavesmire includes the nice-priced NAP Beauzon at 20:25. 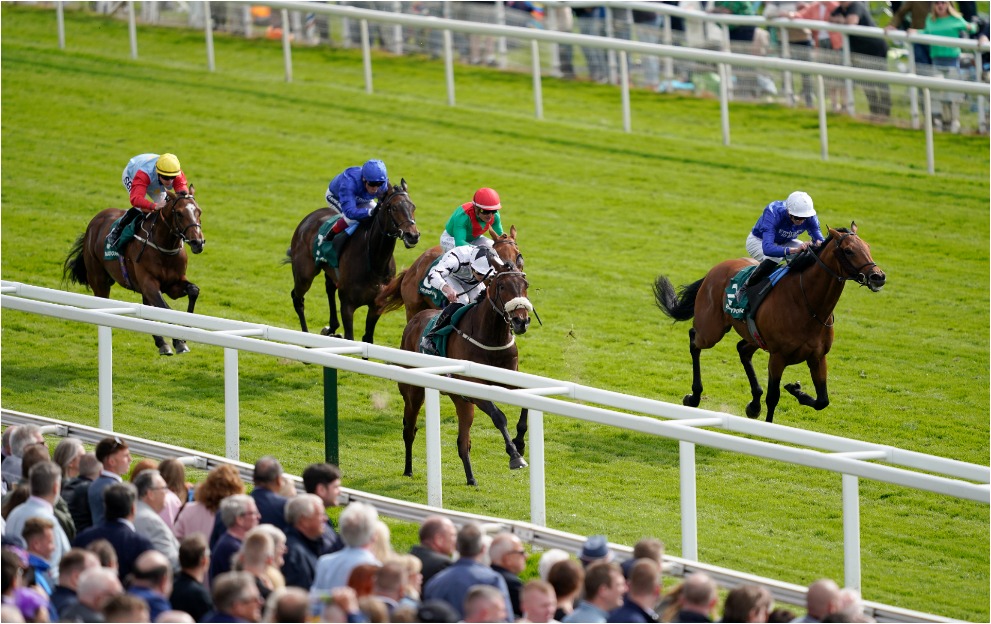 Plenty of these can be expected to run well in a competitive opener. Recent winners Hathlool (second choice) and Brazen Bolt are hard to knock under penalties (especially with 3lb claimers employed) but a chance is taken that EEETEE can build on his Chester promise and win his first race for David O’Meara. Each-way backers could do worse than side with Danzan, who doesn’t win that often but always gives his running.

A tight handicap that could turn tactical. BLUE FOR YOU is unlikely to be far from the pace if recent tactics are persevered with and it was a strong handicap in which he was narrowly denied here two weeks ago. Unlike at Hamilton, Ghaly has no 3yo to contend with this time and he’s feared most. However, you don’t need to dig too deep to also make a case for La Trinidad.

Six of these met over C&D 13 days ago, Good Earth continuing his excellent run of form in leading them home. Michael Herrington’s thriving 5yo should go well again despite a 5lb rise but MUSCIKA, only tenth that day after missing the break, might be a different proposition today. He’s since regained the winning thread at Haydock and could follow up off just a 1lb higher mark. It’s possible to construct a case for several others, including the hat-trick-seeking Late Arrival and Grant Tuer’s Lezardrieux who showed more at Doncaster last time and is well handicapped on the pick of his efforts from last year.

Those with experience are headed by CRAVEN, who looks sure to be suited by the step up in trip, and Impulsive Reaction, a 7f winner already but with a penalty to concede. However, there are dangers among the newcomers, notably Cobalt Blue, from a yard with a useful strike-rate with 2yos here in recent years, and Sudden Ambush, and any market moves should be noted. As things stand, Impulsive Reaction may be the biggest danger to the selection.

A fascinating clash between Achelois, whose second in the John Smith’s Cup over C&D last time is a rock-solid piece of form, and two very exciting 3yos. The younger generation have won the last four runnings and the vote goes to the unbeaten JUDITH who can make the most of the 5lb she receives from Poptronic. The claims of SPIRIT DANCER are crystal clear after he ran so well here in the recent John Smith’s Cup, in which he should really have finished second. A 1lb rise is neither here nor there and this smaller field will not bother him. Lucander can hold his own in the hottest of handicaps but the danger could be Marching Army, who retains potential and Saeed Bin Suroor’s horses often run well on their return from absences.

Several have potential, including BEAUZON (nap) who showed good form on the AW before his break and had an easier time of it than Texas Man when an encouraging third to the latter at Redcar in June. He again failed to show his best form when drawn high at Chester since but he acts well on fast ground and has better days to come. The main danger can come from Prodigious Blue who has been getting his eye in over 5f of late and will be suited by the likely strong pace. Nomasee and Motashaweq are among several others who can be given a fighting chance.