It’s the first Classics of the season at Newmarket this weekend and Paul Jacobs has given us his dark horses as the Flat season hits its stride.

Above the Curve (J O’Brien)

I will start off on the classic front and a filly with any amount of improvement to come from the Joseph O’Brien yard. She readily beat the well regarded Thoughts For June (trained by dad, Aidan) in a maiden at Leopardstown.

The daughter of American Pharaoh absolutely cruised through that mile and a quarter contest and once Shane Crosse let her loose she simply cantered clear of her 11 rivals to record an impressive two and three quarter lengths success.  Word has it that O’Brien the younger thinks she could possibly be the best horse to have come under his care in the short time he has been training and that the filly has any amount of improvement to come.

A really raw juvenile, Filistine only saw the race track on two occasions finishing second in a Newmarket maiden before landing a novice, also on the Rowley Mile, three and a half weeks later. On that occasion his devouring stride only got into gear coming out of the dip and he powered through the last furlong and a half up the final climb. A winter on his back will have done him the world of good and the horse he beat went on to win a pair of races at the Meydan Spring Festival. A mile will be well within his compass and he could well stretch out to 10 furlongs as he learns to settle. He looks an exciting prospect to go through the ranks as he strengthens and matures as a three-year-old.

At a lower level I have picked out this filly after seeing her in the flesh on her three-year-old debut at Southwell earlier in the month after being too immature to do herself justice on two starts as a juvenile. Her run on the newly installed Tapeta saw her travel well on the heels of the leaders and then get badly outpaced three furlongs out before finding her stride again and running on strongly through the final 200 yards to finish a closing sixth, only beaten a length. That sharp track over a mile was patently too short for her and now she is handicapped the filly is one to look out for in

Zero for five over hurdles, but four from 15 on the flat, this son of Camelot is hardly an obvious selection for the ‘10’, but I earmarked him for a nice staying prize on the level following his last two runs in 2021. He had previously raced over hurdles, but his Newmarket handler resisted that temptation this winter to keep him fresh for this flat campaign.

The first of those runs was a staying on 11th of 29 in the Cesarewitch where he was always in the van, got outpaced with a mile to run and looked likely to finish tailed off before rallying in the closing three furlongs, going on strongly at the finish. I thought the good ground was to blame on that occasion and that thought was cemented when he subsequently landed a class four handicap off a mark fo 83 on soft ground at Nottingham, asserting two furlongs out and being heavily eased 100 yards out. He can take another step forward either this spring or autumn when conditions are in his favour and could land a decent prize when the mud is flying.

Michael Bell has made a cracking start to the new campaign and this lightly raced three-year-old ran an eye-catching fourth in a 10 furlong handicap at Beverley three weeks ago.

Weak in the market place, he was nicely positioned off a solid pace, but as the field turned to face the hill at the pear shaped track, he was momentarily outpaced, running very green and becoming unbalanced under Callum Shepherd.

Constantly changing his legs and with a marked round action, he only realised what was required of him inside the final furlong and closed up nicely to be beaten just under two lengths. There is plenty of stamina on both sides of his pedigree and when he gets a little bit of juice in the ground over a bit further he looks sure to make his mark off a current rating of 72 and he looks well worth following at least in the short term medium term when his stamina comes into play. This exuberant son of Kingman ran three times in his second season, not getting home over a mile in a Listed contest and then landing back to back seven furlong events, a handicap off 104 followed by a another Listed event at Leopardstown (form has worked out well).

Sent to the USA for the Grade One Maker’s Mark Mile Stakes at Kenneland two weeks ago, he looked set to score coming down the home stretch only to be pipped by a home trained rival in the final 75 yards. His main asset is his high cruising speed and with that in mind, I fancy that a step back to six furlongs could suit him even better and he could take high rank among the sprinters if his shrewd trainer decides to take him in that direction.

Unraced as a juvenile, this daughter of Gleneagles improved on each of her three starts as her stamina was tapped into. Miss Marble was simply too quick for her on her second start at Chelmsford over a mile after winning her debut over the same course and distance.

She recorded a career best when winning a handicap off a mile and a quarter off 85 on her final start at Newcastle. The filly is bred to be even better on the turf and I think she will readily earn a rating in three figures quite quickly when she races over a mile and a half and possibly even further.

A seasoned handicapper is required in any list and this six-year-old gelding fits the bill nicely. He last tasted victory when landing a hot class two Newmarket handicap off a mark of 100 from the progressive Summerghand in June 2020 on rattling fast ground.

Since then the speedster has run no less than 29 times without grabbing a gold medal, being placed off 100 and then last season off 91. He started this campaign off just 87 and showed he still retains most of his ability when finishing a close up sixth, beaten a length and a half at Thirsk. What he ideally needs is red hot fast ground and down a further pound in the handicap he looks ready to make up for lost time this year. 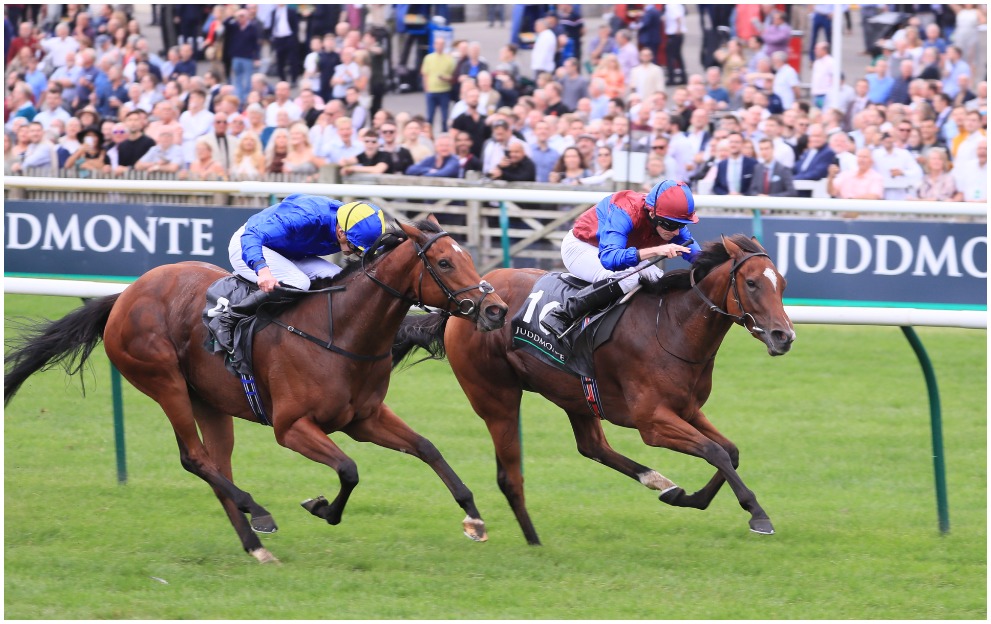 My staying selection requires a similar amount of faith but ever since I saw this four-year-old colt run in the Great Voltigeur Stakes at York in August I thought he had the necessary qualities to become a Cup horse this summer. That day he was at the sharp end in a fairly well run race, was then outpaced two furlongs out before running on again late in the day when his stamina finally kicked in.

All this son of Teofilo does is gallop and gallop and three subsequent runs merely cemented that view of him. His last two efforts, a Listed success at Ascot followed by a strong running victory in the Group One Prix Royal-Oak at Longchamp had Ascot Gold Cup written all over them and granted a suitably forgiving surface at the Berkshire track in June he could be a massive player. Anything in the region of 12/1 is well worth taking now in the hope we have a wet June!

This athletic looking son of La Havre won two of his three starts as a juvenile and like his sire looked particularly at home with a modicum of give in the ground when landing a novice at Salisbury over seven furlongs. He returned to action at Sandown Park when he won the Esher Cup Handicap in workmanlike style despite racing very freely in rear on ground that would have been quick enough for him.

His work at home during the spring has reportedly been of the highest standard and his trainer would have been devastated had he been beaten off 84. I doubt he will be campaigned on fast ground again and his optimum set-up could well be a mile and a quarter on good to soft or soft going. I fancy he could be hugely progressive this season given the right conditions.