Horse racing tips: Here's 5 to thrive at Punchestown on Sunday

Horse racing tips: Here’s 5 to thrive at Punchestown on Sunday

PPTV's James Shortt is backing Deploy The Getaway (15:10) to do the business. 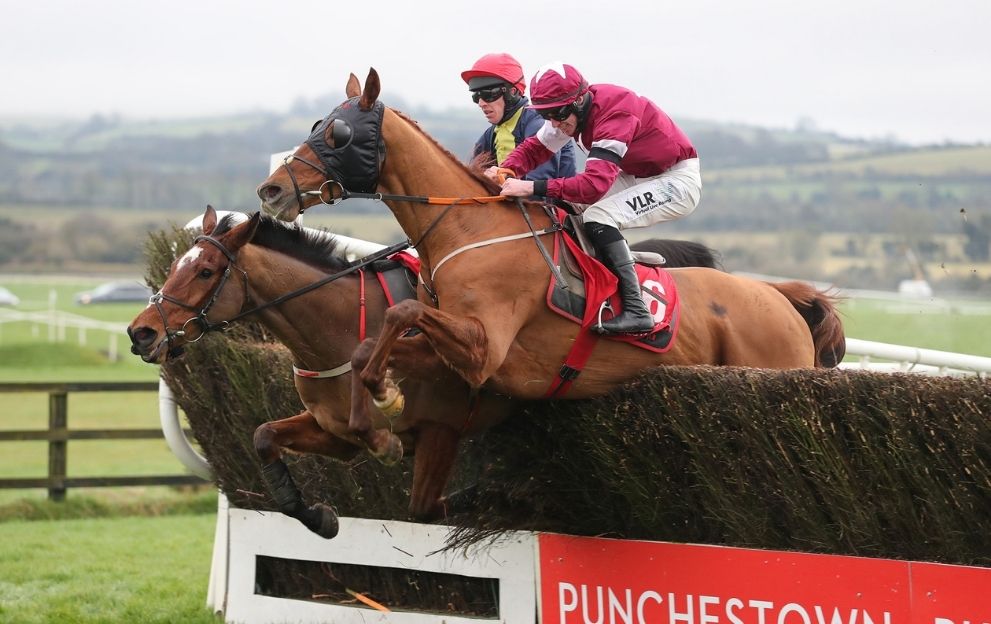 CIEL DE NEIGE has taken to fences extremely well with two wins from two starts and can remain unbeaten over the larger obstacles for JP McManus. He contested some quality races over hurdles, including the Galway Hurdle last August, but his jumping and the manner of his two victories at both Thurles and Navan suggest he’s got the class to improve even further over fences. The son of Authorized won over shorter on heavy ground at Limerick, so the drop back in trip and softer ground here will be no problem.

Willie Mullins and Paul Townend can do little wrong at present and should secure another nice winner with STONES AND ROSES in this Grand National Trial. The son of Shantou was an impressive winner here on heavy ground at the backend of the 2020 season and can get back to winning ways on his third start of this campaign. Having been off for nearly a year, he ran a cracker to finish fourth in the Porterstown at Fairyhouse in November before unseating Brian Hayes in the Paddy Power at Christmas.

The Closutton team have nursed him back nicely from that set-back and I’ve no doubt this horse has grown up more than his performance when pulled-up in this contest two-years ago. The ultra-consistent The Dabbler, second in the Porterstown returns from a break, but most of his best runs have come on better ground. Alfa Mix and Champagne Platinum for JP McManus look the biggest dangers, but I’m very sweet on Willie Mullins’ runner and I’ll make him my nap selection this Sunday.

The vibes were strong from Closutton regarding the ability of DEPLOY THE GETAWAY before his rules debut at Thurles last March. However, the Cheveley Park owned runner was expensive to follow early days before finally landing his maiden hurdle at Down Royal last month. The son of Getaway beat very little at that day but showed that he’s finally learned how to race. Elsewhere, I hope Largy Debut, now wearing a hood runs a nice race following his set-back over Christmas. A big field and an open looking maiden hurdle which can hopefully go to DUBLIN CALLING for Henry De Bromhead and Darragh O’Keeffe. The son of Shirocco won a point-to-point here at Punchestown last May and should improve on his third start under rules following runs at Fairyhouse in December and here last month. He got tired when third over a staying trip at this venue the last day when it could be argued the stable wasn’t firing on all cylinders at the time.

The winner, Minella Crooner has enhanced the form by running well at the DRF last weekend and the drop back in trip is a positive for Dublin Calling. Elsewhere, Jack In The Box should improve now stepping up in trip on only his second start for Gordon Elliott, with The Flier Begley, Pont Du Guard and Mr Saxobeat others on the shortlist. It looks an open affair but besides an accident, I can’t see Dublin Calling outside the places in this one.

BLACKWATER is another Magnier family-owned runner on the card running for Gordon Elliott and could provide the Cullentra House team with another victory in this closing bumper. Elliott has won three of the previous five renewals and this horse has a lovely pedigree, by Walk In The Park, out of Bonnie Parker. There are plenty of winners in the family, including Rogue Trader, El Bandit, Confirmation Bias, Buck Barrow and Lleyton.

Two of his relatives, Confirmation Bias and Buck Barrow won bumpers at the first time of asking, so hopefully this lad can follow suit under Jamie Codd. Elsewhere, James’s Gate looks the obvious danger for Willie Mullins and the market will be an informative guide as always in these races. Bellaney Lad warrants respect for Stuart Crawford having ran well at Limerick on debut, with the Lily Du Berlais owners of Simon Munir and Isaac Souede purchasing this horse from the Rosbotham’s.