A weekend wager in Waterford. Sure, what more could you want? 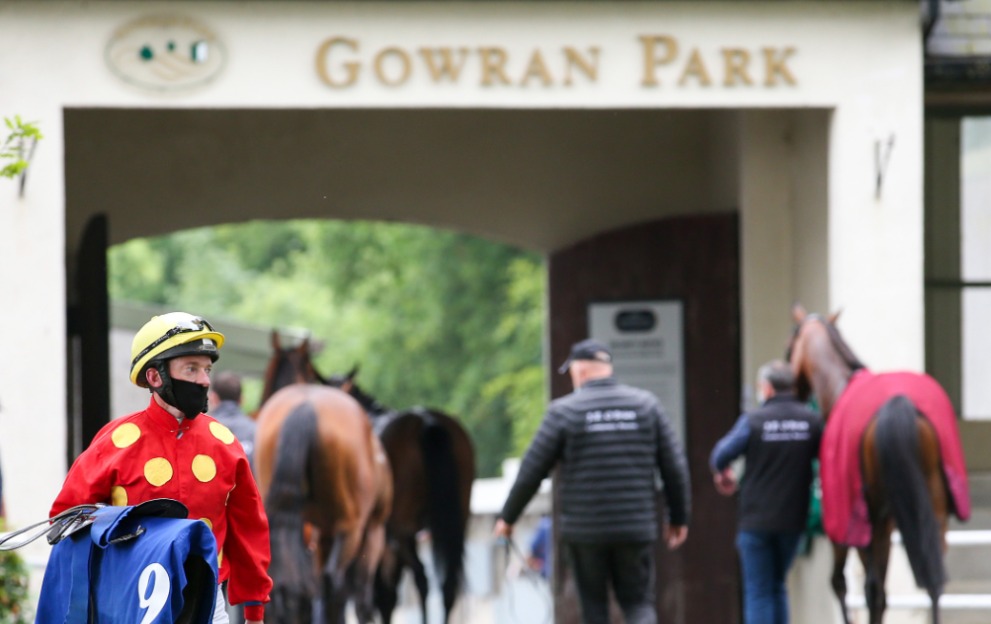 Colin Keane and Ger Lyons might have all eyes on Siskin ahead of Goodwood next week, but there’s several potential winners to find this weekend, including AMBER KITE in the opening 7f fillies maiden at Gowran Park on Saturday.

This juvenile finished a nice third on debut at Limerick on debut last month and as Lyons has said on several occasions over the years, his two-year-olds normally improve for their opening encounter on the racetrack. She headed to Limerick eight days ago for her second start, but found Aidan O’Brien’s Finest too good despite travelling well and making late progress to be beaten a nose.

That run suggested a step up in trip would be an advantage and despite only racing over an extra half a furlong, it might prove beneficial to see off this opposition. The main dangers come from the Jessica Harrington stable with the queen of Irish racing running both Malaysian, the mount of Tom Madden and Anna Strada under jockey Shane Foley.

Anna Strada looked extremely green on debut at Bellewstown and drops back a furlong today, while Malaysian finished fifth at Gowran Park behind Shale. Keane might be saying goodbye to his chances of the jockeys’ title by heading to Goodwood for Siskin, but Amber Kite should have the tactical speed to give him a winner over Foley and see off the Harrington duo.

HELIAC might have 9lbs on official ratings to find with Kastasa, but this improving filly can find what’s required to land the feature Vintage Tipple Stakes, a staying listed race over 1m 6f. Ger Lyons and Colin Keane had a weekend to remember with two top-class fillies last weekend at the Curragh and another lady from the yard in Heliac can secure another big price for the Glenburnie team this weekend. This home-bred Juddmonte filly has improveD with racing, having progressed from handicap company as a three-year-old into a developing, black-type. performer.

She landed her second handicap off 86 and her third career victory at Dundalk last October, before returning to win the Listed Noblesse Stakes at Leopardstown last month. She was given a fantastic waiting ride by Colin Keane and showed plenty in the closing stages to win over the 12-furlong trip for the first time by a cosy neck.

On the eye, it seemed like she had more in the locker if required and would appreciate even further in time when returning to the track for the Lyons team on her next start. I can envisage Keane putting her asleep out the back and playing a waiting game. Kastasa could need the run like many of Dermot Weld’s on return, before bouncing back later in the season.

A handicap chase over 2m starts the card at Tramore where the Matthew Smith-trained BECTIVE CAVE has a good chance of securing another victory. The 12-year-old has been a model of consistency for connections and has only finished outside the top three places twice in eight recent starts, running back to last summer at Downpatrick. He returned to the track following a nine-month break at Kilbeggan just eight days ago and managed to win a handicap hurdle off 114 under Paul Townend.

He was last seen over fences when second at Clonmel last October and will be knocking on the door for another victory today off his chase rating of 97. That Townend keeps the ride is a positive, with the champion jockey having a 30 per cent strike rate (7-winners from 23 rides over fences) at Tramore in the past five seasons.

Roachdale House for Paul Flynn and Padraig Roche’s Alice Johnson warrant respect, while it would be nice to see Rebel Turn run a good race for trainer Liam Burke and reach the frame.

David O’Brien’s runners at Tramore need respecting and his RAN RITE can go close to winning this 2m 5f Beginners Chase under in-form jockey Sean Flanagan. The eight-year-old returns quickly having found Goodbye Someday too good here last week over hurdles and now tackles fences for the first time with Flanagan remaining in the saddle.

Having been placed in several point to points early in his career, he eventually won at Tinahely last October and will appreciate fences under rules today. O’Brien and Flanagan combined for a winner last week with Elegant Dan (runs later on the card) and Ran Rite with a good jumping display and recent fitness can go close at a decent price.

Elsewhere, Boro Tari for local trainer Henry de Bromhead should improve for her first start over fences behind Jessica Harrington’s Polished Steel at Tipperary earlier this month. The mare is once again the mount of jockey J J Slevin, who previously managed to guide her to success in a maiden hurdle at Wexford this time last year.

Waitnsee is another mare not to discount, while Andalusa for Willie Mullins is the biggest danger to our selection. She managed a win at Clonmel in March and previously ran well in a mares handicap hurdle at Leopardstown in February – the winner Black Tears was later second to Elfile at Punchestown and second in the Coral Cup at the Cheltenham Festival in March.

Despite been turned over at short-odds last week, Gordon Elliott’s ESCORT’NAMIX can take this mares maiden hurdle over 2m with Sean O’Keefee booked to ride. You could argue that she looks exposed after eight starts under rules, but Elliott only took over the training of this mare last month and has been finding his way with runs at Killarney and this venue.

Having raced over longer trips in those two-starts earlier this month, the drop down to two miles looks interesting and a forward ride from O’Keefee (who takes off 5 pounds). With an official rating of 100, she should hopefully have enough to dominate from the front and break her maiden tag.

Memories Remain has been knocking on the door with several placed efforts recently for trainer John McConnell and could improve also for the drop down in distance. Elsewhere, Sani Pass is another who should appreciate the shorter trip having disappointed at Bellewstown earlier this month under Rachael Blackmore. Henry de Bromhead’s mare could give our selection most to worry about.