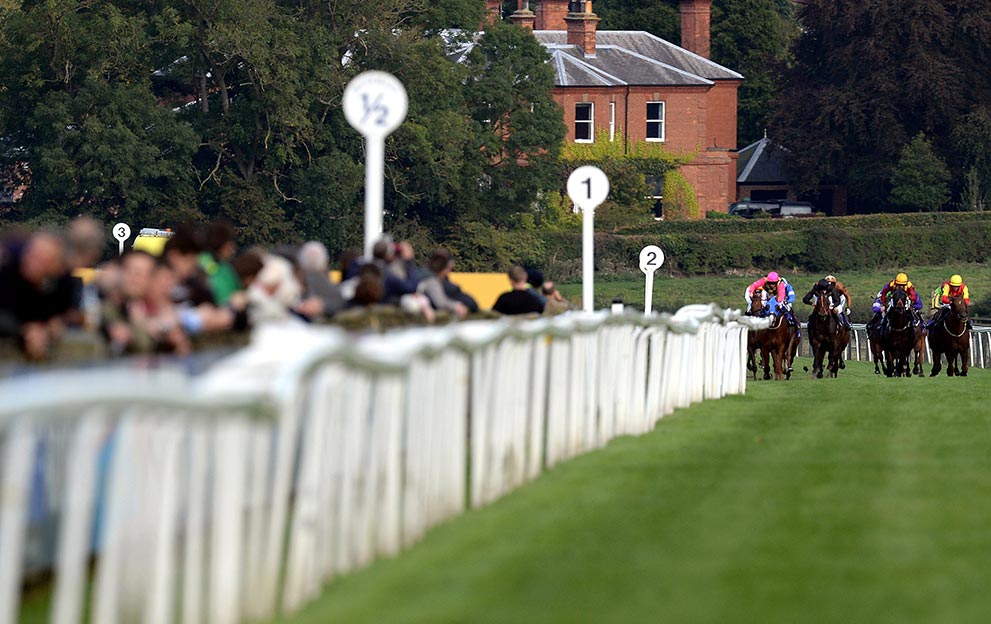 Harswell Prince looked to be suited by the stiff test at Pontefract on debut and he can go well again but preference is for NAVAJO SPRING, who ran into a potential Ascot runner from the Burke stable at Newcastle and she, too, can prove suited by this test. Conspiracy is preferred of the newcomers but it’s worth watching for any market moves.

Prominent-racer IVA GO (nap) has an ideal draw in stall 1 here and is dropped in grade after a creditable fourth at Haydock on her recent seasonal debut. She can collect her second C&D win. Second choice is Kendred Soul, who also won over C&D as a 2yo, and ran quite a bit better than the bare facts suggest on her reappearance outing. Astrozone made all in the AW race Kendred Soul contested 11 days ago but now needs to prove she can cope with a 7lb rise. Street Life has done well on the AW this year and also enters calculations.

Tim Easterby’s THE GREY ZEBEDEE ended his good 2019 campaign with a strong-finishing win at Southwell and he remans feasibly treated on that form. This 4yo should be unfazed by the conditons on this return to turf and he’s a big player if he can pick up where he left off. One One Seven is feared most, though Pavers Pride is well treated if he can rediscover some spark on his first run for Paul Midgley. Another to keep an eye on in the market is Shepherd’s Purse, who has gone close when fresh and was successful off the same mark at Ayr last summer.

Most of these have something to prove on one count or another. Undercover Brother could be revived by a change of stable but stall 12 is offputting. Atyaaf is almost certainly up to winning more races but this run might be needed, a comment that also applies to Astrophysics. Dahik needs monitoring in the market but as things stand perhaps Qaarrat and GUPTA could be the pair to side with. The latter gets headgear for the first time now switching to turf and there could be a bit of improvement in him after just nine starts.

There was an eyecatching run from PHOENIX APPROACH on the middle of his three 2yo starts and he’s taken to make a winning handicap debut, on his first start since being gelded. Ed Dunlop does well here and Take Me To The Sky is feared most, ahead of Idoapologise and Bavardages.

Silver Dust deserves plenty of credit for finishing second on Polytrack at Lingfield 12 days ago, given he was trapped on the outside of the field throughout, but we can’t be certain he’ll be ideally suited by this very different C&D and preference is for KEEPUP KEVIN. Pam Sly’s 6yo won twice here at around this time last year and has a good record when fresh. Mythical Madness will be feared if again turning out quickly.

Although 0-6 ARABIAN MOON has been performing to a smart level and his latest Chelmsford form has worked out particularly well. King’s Castle didn’t handle the heavy ground at Nottingham but soft should be fine and he’s the danger.

This will more than likely concern LORD OF THE ALPS and Sly Minx, with marginal preference for the gelding. It was probably a fair handicap in which Mark Johnston’s charge fared respectably last week and he should improve for this step up in distance.

Dual-purpose performer CLEARANCE was a bit disappointing in his final Flat run last season but that was after two clearcut wins in his first two runs for Iain Jardine and he looks the type who could kick on again this term so he gets the vote on his return to action. Flash Point is feared most, though Wadacre Galoubet still has potential and it would be no surprise if he made a bold bid back up in trip. Encryption has not been seen since his AW win last July but he’s 2lb lower here and needs watching in the market on his comeback for a new yard.