Horse Racing tips: Four outside bets at Fonner Park and Will Rogers on Tuesday night

The American action continues with two meetings at Will Rogers Downs and Fonner Park tonight, and it could be time to look for some outsiders 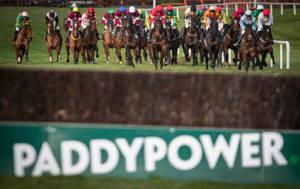 Here at Paddy Power we are going money back as a free bet if you are 2nd, 3rd or 4th in this six-furlong event. And with that great offer in mind, it may pay to take a chance with Cheers And Prayers.

The 7-year-old gelding, trained by Arnold Morales, has 10 career victories to his name – including over this trip.

The selection shaped up well on his seasonal reappearance 14 days ago when he was third here. That effort suggested that the veteran has lost none of his zest.

The step up in trip will suit and with the in-form Floyd Wethey back on board, a bold bid is expected.

Bet on racing from around the world with Paddypower.c1om

Extra place action in this six-furlong race, we are going four places here.

Hoboken looks set to go off a real short-priced favourite for Broberg and Cabrera, and it’s understandable considering how well he has been running against better company than this.

But with the place terms on offer, I’m tempted to look further down the list and Spicy Legacy looks overpriced.

This 3-year-old colt trained by Tracy Norris was a disappointing 6th on his last run. That came after a lay-off, but the selection was a decent third at Delta Downs before that and the selection is capable of getting into the frame here under Samuel Bermudez if he returns to that form.

We head off to the Midwest for the meeting at Fonner Park next. Our first extra place race on the card in Nebraska is over the flying four furlongs.

These sprinters will look to blast out of the stalls with very little margin for error given how short this race is. With these generous place terms in mind a chance is taken with Dublinthemoney.

The selection has got winning form over six furlongs but she showed enough speed on her last attempt at this trip to suggest she is good enough to be involved in the finish here.

Trainer Kelli Martinez Is operating at a 37 per cent strike rate around here at the moment and has given the five-year-old a nice 29-day lay-off. She can be placed here at a decent price if she steps up.

We are also giving an extra place in the following race on the card, with the first four home getting paid.

This time it’s a maiden over a mile, and it looks a weak race with most of these runners exposed by now.

Walker’s Bullet ran better than his finishing position would suggest last time out. That was 21 days ago here, and he was involved in a blanket finish for second but ended up 5th.

The selection was doing all of his best work late on in that race and this step up in trip looks sure to suit.

Rider Jake Olesiak has been in good form lately, operating at about 23 per cent strike rate, and he looks to have another good chance here if he plays Walker’s Bullet late,

He looks a great each way proposition on these terms.

READ: Ruby Walsh: Horse racing in Japan is so different – I had to interview twice to get a licence!