Horse Racing tips: Ruby Walsh picks out 5 to fly at Kempton on Saturday

Ruby has cast his eye over Kempton's Saturday card Ruby Walsh has picked out his five best bets prior to racing at Kempton on Saturday.

Our resident jockey-turned-pundit revealed his selections on the latest episode of Paddy Power’s From The Horse’s Mouth podcast, speaking ahead of a weekend that could be badly impacted by the fickle winter weather.

There are a few ex-Irish horses in this one, and A Toi Phil was obviously a very good horse in his day. He is now with Gary Moore but was previously with Gordon Elliott. Minds Eye was also in Ireland as well but you would imagine they would have to be something a little bit younger and less exposed to win this.

So maybe EVANDER for Olivier Greenall, with Sean Quinlan riding. He’s only a six-year-old with 11st4lbs on his back and he won his last start at Doncaster when he beat Captain Black Pearl. Brendan Powell rode him on that occasion and two-and-a-half miles is a similar distance. I just think that he is young enough that he could still be improving and ahead of the handicapper.

This looks a decent little race, and I’m going to go for one with plenty of weight – TWO FOR GOLD. He ran really disappointingly in the Ladbrokes Trophy behind Cloth Cap but before that he finished second at Wetherby behind Huntsman Son. He was second to Copperhead last year at Ascot in February, and I know he’s a horse that connections think has a big one in him. David Bass and Kim Bailey have had a really good year and for whatever reason, his run in the Ladbrokes Trophy was way too disappointing to be true. I’m going to give him another chance on a track that suits horses who race on the pace.

Theoretically, Younevercall should be winning as it has an official rating of 156. McFabulous is 154, Summerville Boy is 155 and Thomas Darby is 156 as well but he has 11st 4lbs to carry. Considering how many runs they have had and how much information is available to the handicappers, they should be able to have these horses judged pretty right. Younevercall is 3lbs well-in against McFabulous, and he has another 2lbs on the ratings so there is a 5lb swing there, if the handicappers are to be believed.

But I don’t believe them, and I’m in the MCFABULOUS camp. I think stamina beat him at Newbury, where he didn’t stay behind Paisley Park and Thyme Hill, but that is the strongest form in this race.

Master Tommytucker was disappointing on his last start and Clondaw Castle is consistent and admirable, but if IMPERIAL AURA is making the progress that Kim Bailey and David Bass believe he is, he will beat this lot.

I’m going to give the filly, THE WHITE MOUSE, a chance. She travelled really well at Cheltenham to beat Eglantine Du Seuil in a Mare’s Handicap Hurdle on her last start. Before that, she won at Wincanton and after those two wins she’s up in the weights. She won off 122 and 130 so she’s set to race off 136 but she’s progressing and I’m going to give her a chance again. 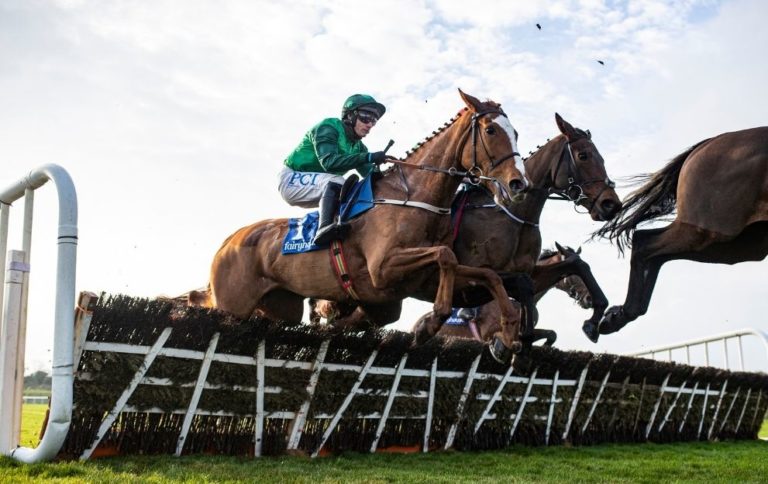