A certain run springs to mind for Ruby. 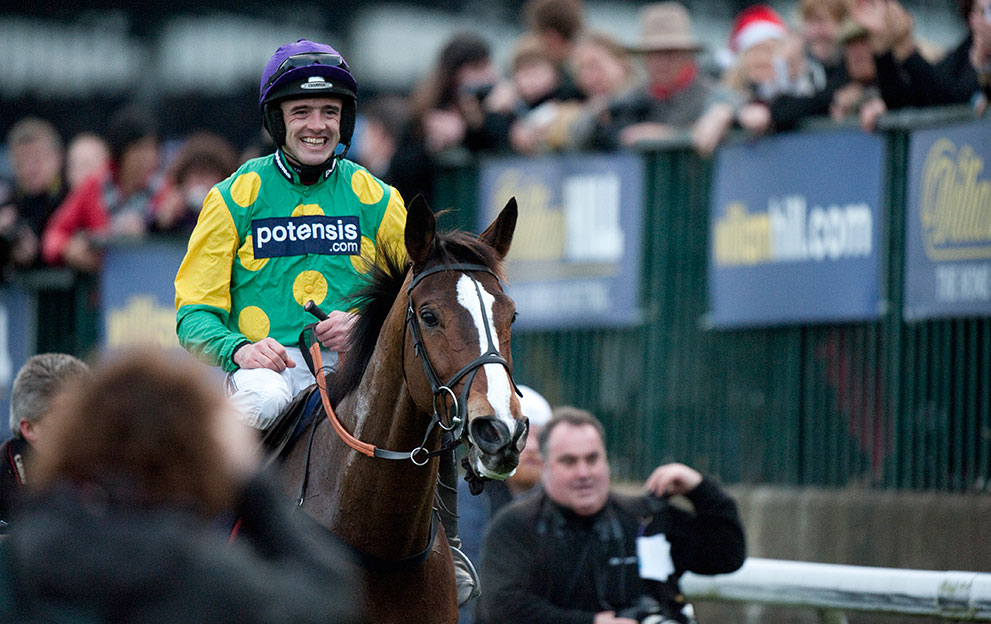 *Odds quoted on the widget are Future Racing/Antepost prices which means that if your selection does not run in the race for whatever reason, you will lose your stake under traditional antepost rules. Final declarations are on Dec 23 for Sunday’s feature this year.

But does Ruby have a favourite out of his five wins? He was asked on our latest From The Horse’s Mouth Punters’ Panel episode.

He said: “The last win was the best for sure. The first was brilliant and he was a steering job in runs two, three and four but the last one was the best one.

“He’d been beaten in January 2011 at Kempton, finishing behind Long Run and Riverside Theatre.

“Long Run was favourite heading into it but Kauto Star just turned it on. He jumped impeccably that day and he was never going to be caught.

“I’d have another go at the last run at Kempton for obvious reasons!” Champion trainer Nicholls is the most successful trainer in the King George VI Chase, with the 59-year-old having the winner on 12 occasions.

Nicholls has saddled the last three King George winners – Clan Des Obeaux in 2018 and 2019 and Frodon in 2020 – and he plans to unleash a triple threat at Kempton in his bid to make it four in a row.

If you’d like the chance to speak to Ruby, Paddy or Frank and appear on the show, just drop us a line on [email protected] to let us know you’re interested and we’ll be in touch. Easy peasy. Oh, and if you’re not already a subscriber to From The Horse’s Mouth, you can remedy that HERE.