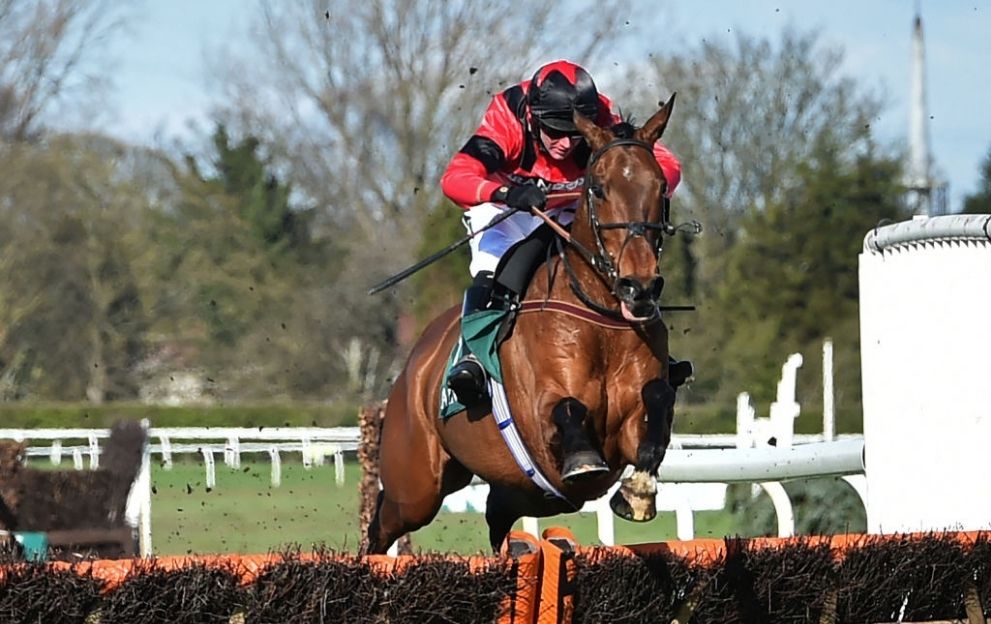 Frank Hickey has tipped Ahoy Senor to back up his recent Aintree success at the upcoming Punchestown Festival if he makes the trip across the Irish Sea later this month.

The Paddy Power trader was impressed by the 66/1 shot’s 7l win over Bravemansgame in the Doom Bar Sefton Novices’ Hurdle on Merseyside last week, and sees the Irish Mirror Novice Hurdle [Wednesday, April 28 – 17.20] as an excellent opportunity for further silverware.

Speaking on the latest episode of our From The Horse’s Mouth podcast, Frank reckons this is a tight contest but warns Ahoy Senor has plenty of potential and should not be underestimated.

“This is a very competitive race and it’s wide open, so very difficult to price,” said Frank.

“Vannillier is short enough on the back of how impressive he was at Cheltenham but that was not a really gruelling renewal of the Albert Bartlett. It turned into a bit of a sprint and he was well-positioned.

“The second and third let the form down at Aintree, where they finished third and fourth. They ran their race but that was it. It is very easy to put a line through Ahoy Senor’s win at Aintree and say it was a bit of a fluke with Bravemansgame, Oscar Elite and Streets Of Doyen below form, but he was very impressive.

“He was due to run at Carlisle at the beginning of the week but they pulled him out to go to Aintree, and he’s a very good horse. I think he’ll be even better when you send him over a fence as well. After Aintree, connections said Ahoy Senor was as good as Brindisi Breeze, if not better. You could have worse fliers than to back him for the Brown Advisory Novices’ Chase. He struck me as a horse that will improve and I don’t think it was fluke.

“I wouldn’t be surprised to get a turn-up either. Crosshill was very impressive when slamming Vannillier early in the season, but looked to have completely lost his way before running a cracker in the Fairyhouse 3m handicap – only to be nailed late by Lady Breffni.

“Gentlemansgame was a horse that I thought had a big chance in the Albert Bartlett, but they skipped it and dropped him to 2½m at Fairyhouse. It didn’t suit at all and he wasn’t the same horse that won at Cork or came second at Leopardstown.

“Stattler is solid, while the interesting one is The Shunter – if he’s in here. I would imagine he’s an unlikely runner but he has an entry and he can’t jump any worse than at Aintree.

“The other worth a mention is Cape Gentleman, who was incredibly strong in the market at Aintree before coming out hours beforehand. His form is at 2m and 2½m but going right-handed might be important and it could have done no harm at all that he missed Aintree.

“It’s a wide-open race and it’s very difficult to nail your colours to the mast but, if Lucinda Russell’s horse Ahoy Senor does come over, I would have some bob on him.”

Ruby Walsh agrees, although our resident jockey-turned-pundit also gave a shout to one of Willie Mullins’ potential entries.

“If he lines up here, the one I would fancy is the Martin Pipe winner from Cheltenham – Galopin Des Champs,” said Ruby.

“He may well go and take on Bob Olinger over 2½m instead and stay at the same trip, but I really liked him when he won at the festival.

“I also think Ahoy Senor was very good for Lucinda Russell at Aintree last week. They are the two that interest me here.”