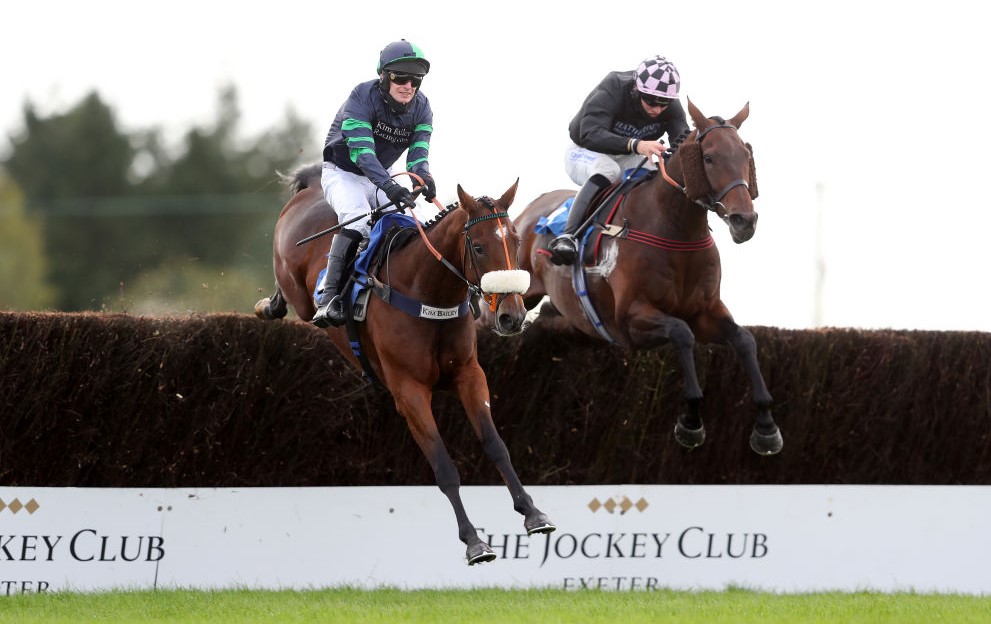 A winner on his only start in Irish points, STRIKING A POSE showed much improved form to get off the mark under Rules at the third attempt at Wincanton in December, making a successful handicap debut with plenty to spare.

That race was probably not as competitive as it could have been, but Striking A Pose won with lots of authority and remains open to further improvement. He appeals as very much the one to beat now back in a novice.

A fairly useful winner on the Flat, VOLKOVKA has been going the right way since being switched to hurdling, opening her account at Market Rasen in December before finishing third in Listed company at Doncaster last time. A reproduction of that form would make her very difficult to beat.

A winner of a novice hurdle in the mud last season, HOLD THAT TAUGHT has taken well to chasing this term. He finished in the top three on each of his three outings over fences, including when running a cracker to finish second at Chepstow last month. His mark is creeping up, but he is surely a winner in waiting over fences.

A back-to-back handicap hurdle winner last winter, BUSTER EDWARDS ran with credit to finish placed on his first two outings over fences at the beginning of this season. He has been operating below his best since, failing to build on his first two outings over fences. However, he could prove potentially well treated now reverted to hurdling, able to race from 8lbs lower than his last winning mark in this sphere.

MIDNIGHTREFERENDUM made a winning start over fences in a Fontwell maiden in November, looking a useful mare as she ran out an 18-length winner and she has placed in listed events on both her completed starts since. Her second at Warwick in December is probably the race worth concentrating on, as she had the reopposing Legends Gold and Pink Legend behind her that day – beating both comfortably. This step up to 3m should be within her range and she is likely to go well again.

AMATEUR has taken well to chasing, finishing second behind subsequent Tommy Whittle runner-up Sojourn at Carlisle in November. That was before having undergone a wind operation and going one better at Newbury the following month, going through the race as if some way ahead of his mark before staying on to lead in the final furlong. Given he was eased in the final strides, an 8lb rise for his recent win looks tolerable and he is expected to be bang there.

A dual bumper winner, FONTAINE COLLONGES built on her seasonal reappearance to get off the mark over hurdles at Leicester last time and was able to dictate the race, battling well having been headed briefly on the run-in. This step up in trip should suit, and with further progress anticipated, she makes plenty of appeal ahead of her handicap debut.

TOP OF THE BILL made an encouraging start when third on debut at Ascot in November, doing his best work late on. He was perhaps unfortunate to bump into a good Paul Nicholls prospect when second over this course and distance last month. He sets the clear standard in this contest and should take all the beating as he bids to open his account.