Frank has got you covered for the big race at Cheltenham Festival. Frank Hickey has given his take on the main Gold Cup contenders ahead of the 2021 Cheltenham Festival – where Paddy Power is offering non-runner money back on all 28 races so there’s no risk of losing out if your pick withdraws.

Speaking on the latest episode of Paddy Power’s special ‘Countdown to Cheltenham’ podcast, our expert trader is finding it hard to see who can beat defending champion Al Boum Photo as the Willie Mullins-trained charger chases a third consecutive Gold Cup.

AL BOUM PHOTO was put straight in at 5/1 after last year’s race but he has not been popular at all. People don’t give him credit for what he’s achieved and they are looking to take him on. In the non-runner money back book, ROYALE PAGAILLE is the one people have latched onto. We saw plenty of cash at 50/1, 33/1 and 25/1 while he is now just an 8/1 shot so he is a significant loser. The other chunky liabilities are SAINT CALVADOS and SANTINI but I don’t think we have too much to worry about with those two. 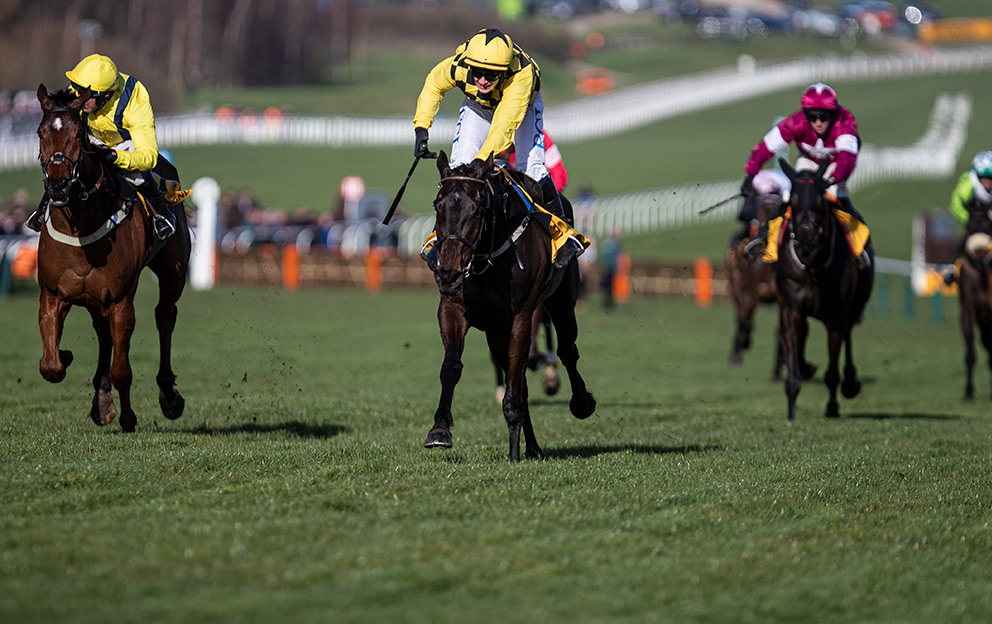 Al Boum Photo is not a horse that we would set out to ‘get beat’ because he just doesn’t catch the imagination of punters. I can see him not being overly strong in the market with people latching on to the likes of A PLUS TARD etc, and him winning on the day could actually be a decent result for us.

As for his main dangers, A Plus Tard seemed to improve for the step up to 3m and I don’t think there was any fluke about his Savills Chase win. Kemboy and Melon did get racing quite far out and probably contributed to him winning a little bit, and if they hadn’t gone gung-ho so early he might have struggled to pick up Kemboy. I think he will stay, but is he good enough to win a Gold Cup? CHAMP is running in the Betfair Game Spirit Chase over 2m this weekend and I have no idea what to make of that decision. Nicky Henderson has said the horse doesn’t want a hard race but if the horse has been fit most of the season, why is he only coming out now? Also, the RSA isn’t looking quite as strong as perhaps we thought it was at the time with Minella Indo and Allaho disappointing so Champ has plenty to prove at this stage.

Santini just looks a bolt, as he was very disappointing again at Sandown. He ran a cracker in the race last year but he’s just really slow. Headgear might perk him up but Al Boum Photo is a better horse than him.

LOSTINTRANSLATION also ran a cracker when third last year off the back of a poor King George and he has been poor again this season in the Betfair Chase and the King George. You could put that down to the Colin Tizzard stable being completely out of form but they’ve had a few winners in the last week. He’s entered into the Denman Chase and he needs to be winning that to have any chance in the Gold Cup. Even if it comes up decent ground, I’m still not sure he is quite good enough to win though.

If Al Boum Photo was more of a popular horse with the public, his price would be shorter because not many horses have actually thrown their hat in the ring as credible contenders against him. I think he’ll go off at 9/4, 2/1 or 5/2 – something around that area – but realistically he is more of a 11/8 or 6/4 shot. I wouldn’t be rushing to back him non-runner money back now, but he will take an awful lot of beating. He’s got versatility, he won a strongly-run Gold Cup in 2019 and a tactical one in 2020 so what beats him?