What is a Steeplechase race in horse racing? Getting started in horse racing betting can be tricky when you don’t know all the terminology. Racing fans love to talk about the going, the SP, trixies and form, without realising they’re almost speaking a different language from the rest of us!

Well, if you’re new to racing betting then the Demystifying Racing series from Paddy Power is here to help guide you through the tricky lingo.

This guide is all about the steeplechase – what it is, its origins and why it’s such a spectacular form of racing. Read on to learn more…

What is a steeplechase?

A steeplechase is a form of horse race that involves high jumps, known as fences. These are the tallest obstacles horses can jump during National Hunt races in the UK and Ireland, and stand at least 4ft 6in tall.

The steeplechase is designed to test a horse’s longevity and jumping skill. The jockey must navigate a course covering at least two miles and time their jumps to perfection. Horses can fall in steeplechases but the industry has implemented many safety initiatives to ensure the jumps are safer while not reducing any of the challenge.

Steeplechases are part of the National Hunt season in the UK and Ireland that runs between autumn and spring every year. The ability to use jumps is greater during these months as the ground is often soft, which means horses can land gently while racing.

Some of the most famous Steeplechases in the world include the Grand National, King George VI Chase and the Cheltenham Gold Cup.

Don’t be confused by races that feature jumps that aren’t fences. These are called ‘hurdles’ and there are plenty of races featuring these smaller obstacles during the season. 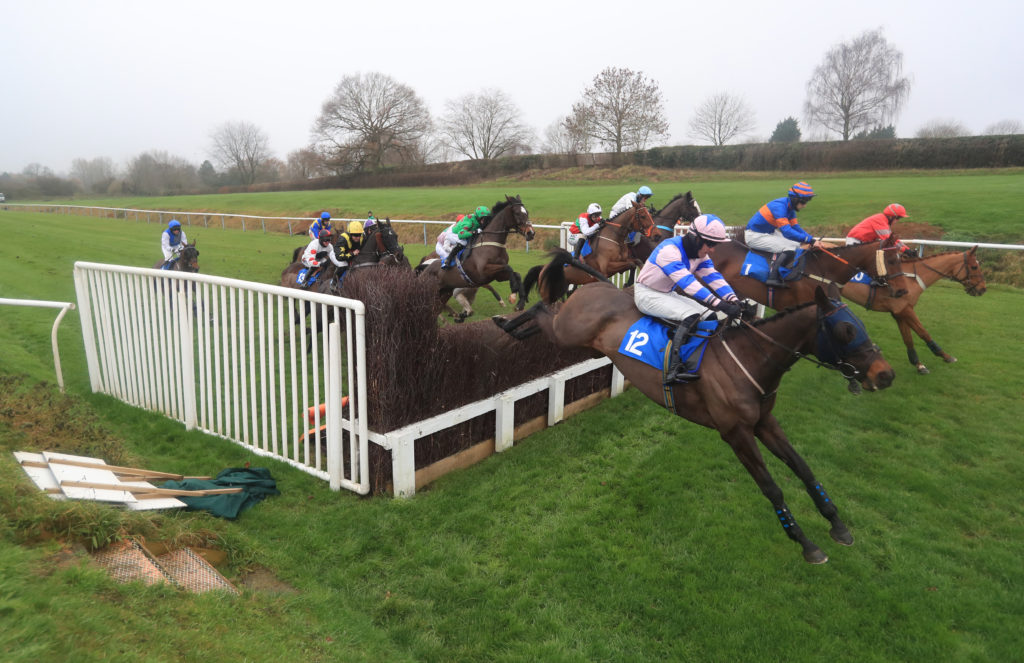 There are plenty of jumps in a Steeplechase race (GETTY)

Steeplechase races originated in the 1700s in Ireland, where horses were raced between church steeples of neighbouring towns and villages. Because of the cross country nature of the race, there were plenty of obstacles to overcome when racing.

Newmarket began featuring fences as part of their race days around the turn of the 19th century, while cross country steeplechases continued for some decades more.

The distance required to run in original steeplechases is one of the reasons they remain a long-distance form of racing today. Racing betting experts usually tip winners that have proven they can last in a long race – known as a stayer – and can handle the rigours of high jumps. Cheltenham is famed for its Steeplechase races (GETTY)

What jumps are in a Steeplechase?

The main type of jump in a steeplechase is the fence, which is a minimum 4ft 6in high obstacle that is at least 30ft in width. They are made of birch or a mix of spruce and ‘other material’, which are usually light so that horses don’t get caught by them.

Other types of steeplechase jumps are water fences, which are a minimum of 3ft, and open ditches, which are 4ft 6in.

Both are present during the Cheltenham Festival and prove to be the biggest challenges for horses running in long-distance races.

Horse racing officials the BHA state that there needs to be at least 12 fences in the first two miles of a steeplechase course, and six per succeeding mile. Steeplechase races range between two and four-and-a-half miles.

The Kim Muir Amateur Riders’ Steeplechase is the longest at Cheltenham Festival at a distance of three miles and two furlongs. It is a handicap over 21 fences and open to amateur jockeys only.