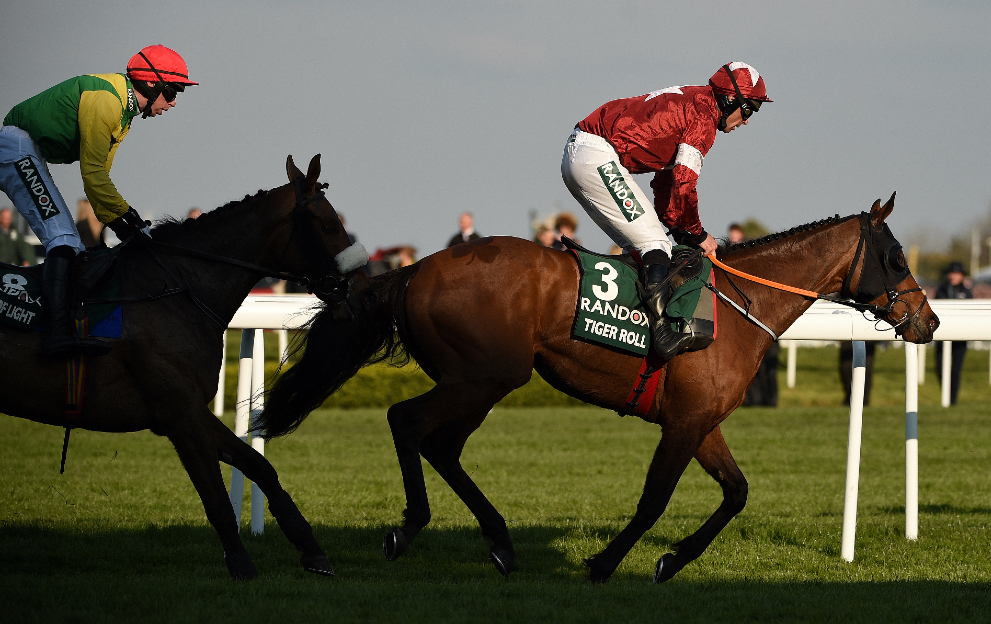 Carrying the top weight at the Grand National is usually seen as a red light that a horse won’t win – but that doesn’t mean you should write them off completely.

After all, the Grand National is full of surprises and there’s really no knowing who will pass the post first or even place in this show-stopping sporting event.

But has anyone ever won the Grand National carrying the top weight? Here, Paddy Power takes you through the history books to reveal which horses have fared best carrying the heaviest handicaps, in our latest ‘Demystifying Racing‘ guide…

Weights at the Grand National explained

Every year the 40 horses competing in the Grand National are assessed by a handicapper, who determines the weight they must carry during the race. This is known as handicapping and is an integral part of National Hunt and Flat racing. The handicaps aim to level out the field so that even the gross outsider has a chance of winning a race – and the horse racing betting odds shift accordingly when a horse is carrying more weight.

The Grand National is a handicap race, so conditions are put on each horse to determine how much weight they will carry. The weight includes the jockey and their equipment, plus lead weights in the saddle if that still isn’t heavy enough. Grand National weights are calculated by the total weight of the jockey, equipment and additional lead weights (GETTY)

The current Grand National handicap stands at 11st 10lbs. You might see it written out as 11-10 on a horse racing race card. This weight has dropped over the years in order to help make the race safer and increase the competition – although it is sometimes criticised for not being heavy enough to handicap the elite stayers in racing.

No horse has won the Grand National carrying maximum weight since the drop to 11-10 in 2009. Many Clouds has come the closest, claiming victory in the 2015 race carrying 11-09.

Red Rum was the last horse to win the Grand National carrying top weight. The iconic horse stormed to victory in the 1974 Grand National under Brian Fletcher to defend the title he won a year previous.

Red Rum carried 12st that day, the top weight at the time, and because of that was priced out at 11/1 in the racing betting odds. Red Rum had won the 1973 race carrying just 10-05, having been the 9/1 joint favourite. Remarkably, the horses that finished second and third that year – Crisp and L’Escargot – each carried the full 12st.

There are four horses that have won the Grand National setting a joint-record for the heaviest winning handicap. Not surprisingly these all came before the max weight of 12 stone was introduced in the mid-1950s.