What do vice captains at the Ryder Cup actually do? 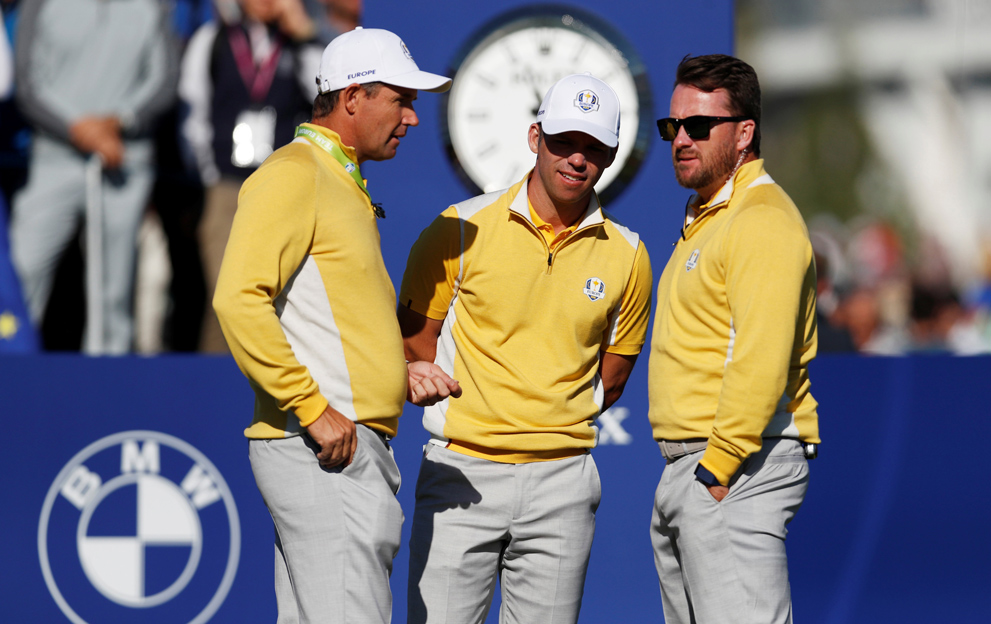 It may be hard to work out what exactly the Ryder Cup vice-captain role entails, but rest assured only the greatest sportsmen can ever get near the job.

The Ryder Cup is upon us and a welcome chance to see golfers behave like footballers as the usually polite sport gives way to sledging and gamesmanship.

At the entirely necessary Opening Ceremony, Team Europe and Team USA presented their teams, their captains and their vice-captains, which begged the question – what does a vice-captain actually do?

Fortunately, Paddy Power is on hand to explain the key tasks a successful vice-captain is expected to perform over the next three days.

The captaincy system is much like a Russian doll.

Europe’s captain Thomas Bjorn was chosen by a panel of past captains, he then selected his vice-captain Robert Karlsson, who in turn has called up four more vice-captains: Luke Donald, Padraig Harrington, Graeme McDowell and Lee Westwood.

Those four then call up their vice-vice-captains, and so on, until most of the population of Europe and the USA is involved at some level.

If you’ve ever been out of a golf course, crazy golf included, you can expect the knock on the door anytime now.

Shout ‘get in the hole’

It may seem simple, but bellowing ‘get in the hole’ after each and every tee shot takes its toll.

Yet without that rallying call, how would the golf ball have any idea what was expected of it?

We can expect Europe’s multiple vice-captains to share the task around, but still by Sunday evening we can expect some seriously hoarse voices attempting to psychologically influence the flight of an insentient object.

Back up the captain

Golf is a famously brutal sport and you never know when the captain may be incapacitated in the line of duty.

A vice-captain needs to constantly be ready to step in should the main man be poleaxed by a wayward drive, wander into the trees off the fairway or get bitten by a snake in the rough.

Not just anyone can be trusted to get behind the wheel of the golf cart and get their troops from hole to hole at L’Albatros.

Okay, a golf cart goes at around 10mph if you floor the accelerator and there shouldn’t be too much traffic to contend with, but one false move and you’re in a bunker, or, worse still, in a water feature.

And then there’s the inevitable cart to cart collisions as Team Europe and Team USA race to the tee, barging into each other’s carts and jousting with a sand wedge.

Put off the opposition

A true vice-captain will have spent the week running up to the Ryder Cup contracting a stinking cold so they can unleash a barrage of genuine coughs and sneezes at crucial moments.

While missing a putt because of a deafening series of splutters is annoying, there’s no way of proving it was intentional.

Getting the drinks in

If all goes according to plan and the Ryder Cup is as good as in the bag going into the final day, it is the solemn job of the assistant captain to kit out the golf carts with beer fridges and a decent speaker system so the winning team can cruise round the course in style, stopping off occasionally to throw up in a bunker.

Putt all your Ryder Cup punts at PaddyPower.com