Paddy Power's Rob Bentley is here to steer you into pole position. 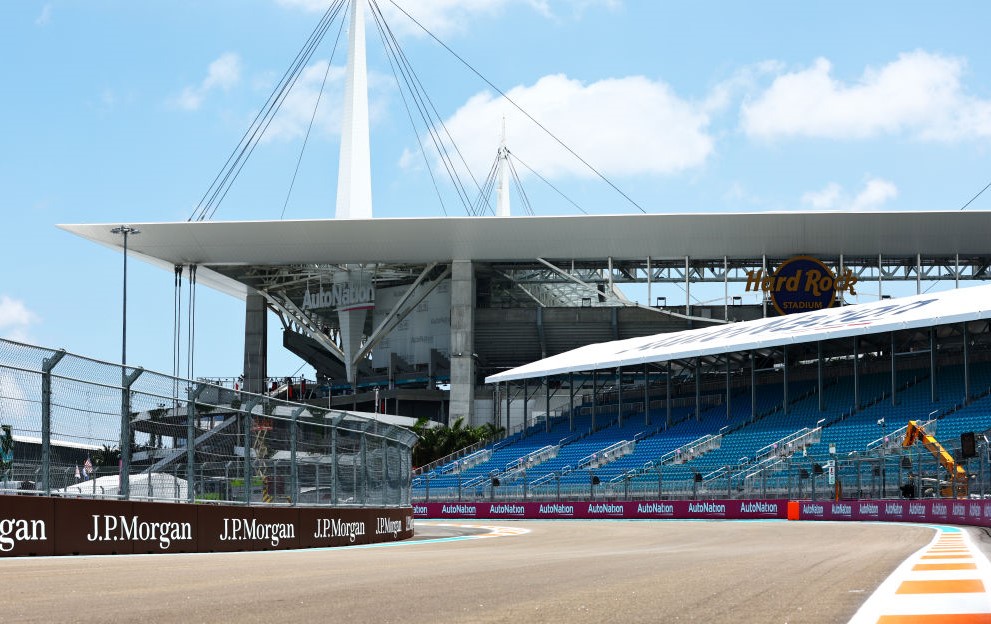 There are storylines aplenty for the inaugural Miami Grand Prix in what should be an enthralling race down in the Sunshine State. It looks to be a very impressive track, bearing resemblance to a street circuit, with the Hard Rock Stadium at its epicentre. The new track has some tight, unusual corners but with two long straights and three DRS zones there should be plenty of opportunity for overtaking.

As well as the track, weather could play a part. The prospect of showers looms over the race weekend. So far only two drivers have found themselves at the top of the podium this season and the outright prices reflect that. Charles Leclerc has been ultra-consistent, bar a blip in Italy, and Max Verstappen is one of the best wet weather drivers around.

But with rain comes the chance of an unlikely hero from the middle of the pack, and I don’t see much value in the outright market because of that. As good as Verstappen is in the wet, it’s tough to know whether Red Bull have managed to overcome their reliability issues.

If there was a bet to be had on this market then I’d be choosing one of Lando Norris or George Russell in an each-way bet. They’ve both raced well in recent weeks, comfortably outperforming their teammates, and if the weather and track cause a few DNFs then they look like good value for the top spot.

Sticking with Lando Norris, ever since the opening weekend he has continued to get better and better. Points finishes in Saudi Arabia and Australia were followed by his Podium Finish at the Emilia-Romagna Grand Prix. Considering the car looked nowhere in Bahrain, that is some turnaround for both him and McLaren.

What makes his performances even more impressive is that his teammate Daniel Ricciardo continues to struggle. Norris is a driver who makes very few errors and looks in a very good place right now.

As mentioned earlier, Charles Leclerc has been Mr Consistent this season. It would’ve been 4/4 Podium Finishes for the man from Monaco had it not been for his mistake in Imola. With Leclerc looking like a banker for a spot in the Top 3, the double of Charles Leclerc & Lando Norris to finish on the Podium looks a good price using the new pick your podium feature. Alpine so far this season have been victims of their own reliability issues. They’ve shown they have a good enough car to be leading that middle pack and be competing for points each week, let’s not forget the double points showing in Bahrain.

That was followed by more points for Ocon in Saudi Arabia. However, since that early success both drivers have suffered from car issues. Alonso in both Saudi Arabia and Australia, and Ocon in Imola last time out. If they can keep the car out on the track then Esteban Ocon Top 6 Finish is by no means out of reach.

The form of Lewis Hamilton leaves the Top 6 battle very open and this track does bare resemblance to the Jeddah street circuit, one which Alpine and Ocon shone at.

Number of classified drivers: Under 16.5

The new track brings plenty of unknown quantities. How will the drivers take to the speed of the track? Will the weather affect drivers on those tight and twisty corners? All of this will play out before us come race weekend.

What is known, however, is that there are teams out there already struggling with car issues, resulting in plenty of DNFs so far this season. Add in the track and weather factors then I think Under 16.5 classified drivers could be worth a flutter.