Who wins the Euro 2020 Golden Boot if it’s tied? All you need to know

Here's what happens if there's a tie at the top of the goalscoring charts. 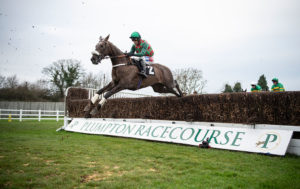 The Euro 2020 Golden Boot race is set to go down to the wire as a thrilling tournament reaches its climax.

Ahead of the final, Portugal legend Cristiano Ronaldo and Czech Republic hotshot Patrik Schick are tied on five goals while England superstar Harry Kane is among a gang of four with four goals each.

England and Italy are the last two teams left standing so Kane could feasibly claim the Golden Boot after winning the World Cup equivalent in 2018.

But what happens if there’s a tie at the top? Well, UEFA can’t cut the Golden Boot award into pieces so they’ve got to settle it one way or another…

Ronaldo has the edge over Schick with a solitary assist to his name while Kane is also lacking in the creativity department and has played a lot more minutes so the England man either needs two goals or one goal and two assists.

It’s a different case for Paddy Power punters, however. If two or more players finish level on goals scored, your bet will be split by the number of tied players, as per Dead Heat rules.

Your stake is divided by the number of players in the Dead Heat. For example, if Kane scores once in the final there will be three players with the same number of goals, your stake would be divided by 3 if you backed Ronaldo, Schick or Kane.

England won the World Cup in 1966 thanks to a hat-trick from Geoff Hurst so a repeat from Harry Kane on Sunday would surely guarantee the Three Lions the European Championship. Paddy’s football tipster Shane O’Brien has the lowdown…

It seems unlikely that such a watertight defence would crumble on the biggest stage, let alone to the same player on two separate occasions – making the prospect of Harry Kane taking home his second Golden Boot in as many international tournaments decidedly unlikely.

There is also Kane’s poor record in major finals to consider. The England number nine has been anonymous in each of his three final appearances with Tottenham to the point where Spurs would have arguably been better off without him.

His odds of to finish as top scorer are not tempting enough considering he will likely finish alongside Ronaldo and Schick, resulting in a Dead Heat of three places.

If you do fancy Kane to finish as top scorer, a better bet may be Kane to score two or more goals against Italy. A brace in the final would guarantee Kane the Golden Boot outright and offers a far more attractive price, even if it is unlikely that he will breach the resolute Italian defence on two occasions.