He's taken his time, but Fred looks like a player 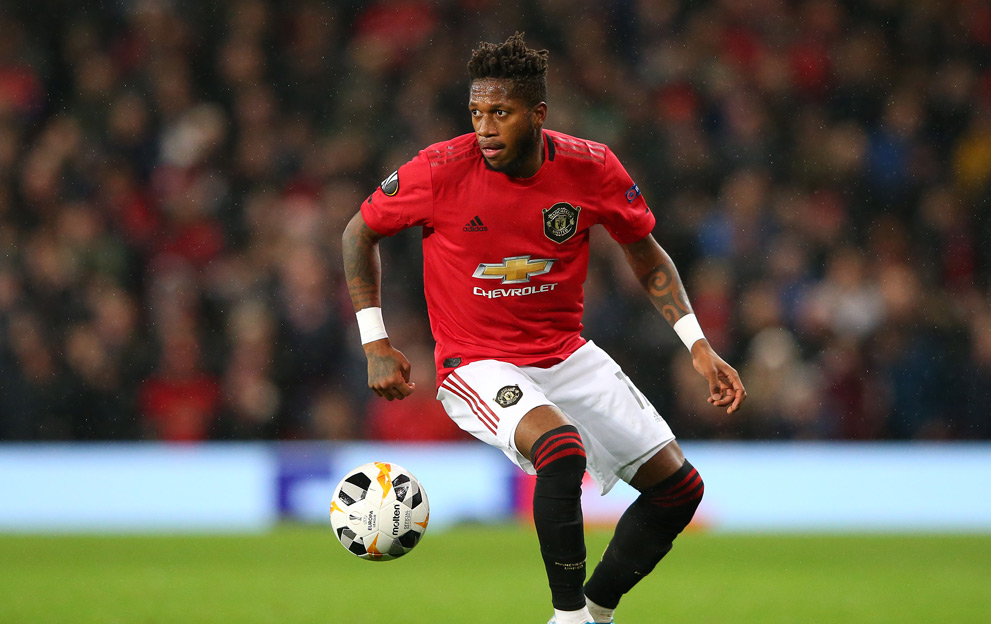 Manchester United fans allowed themselves to feel rather smug when their club pinched Fred from under Pep Guardiola’s nose. The Manchester City manager had been an admirer of the Brazilian and was keen to bring him from Shakhtar Donetsk in the January of window of 2018. Their bid for him was rejected though with the Ukrainian club not wanting him to leave midway through the season.

When City came back for him in the summer, Fred opted to sign for Jose Mourinho instead, with his agent, former Arsenal midfielder Gilberto Silva, advising him to go to Old Trafford. He set the club back £47m and is the fifth most expensive signing in the club’s history.

For that sort of fee and his age at the time, 25, you would expect more or less the full package. A midfielder with experience, who was good on and off the ball, and who had just begun what should be his peak years.

But that is not what they got.

While he enjoyed the odd good performance, he always looked to have one big mistake in him, was outmuscled too easily and gave the ball away too readily. He shot from distance but more often than not found row Z rather than the back of the net.

To add insult to injury, he missed the beginning of United’s pre-season tour because he was getting married, which seemed like an odd decision on his part. His season finished in May, yet he waited until July, when United jetted off to Australia, before tying the knot.

Given this was Ole Gunnar Solskjaer’s first pre-season with the club, having joined United initially on an interim basis last December, you would think that Fred wanted to make himself available and fight for his first team place. Solskjaer will have been drawing up his plans for the campaign ahead but Fred had already allowed himself to be leapfrogged in pecking order.

Once the season started he had to wait five games before getting on the bench, when he replaced Nemanja Matic for the final 25 minutes in the 1-0 win over Leicester. His first league start wasn’t until October, when he was brought in for the 1-0 defeat against Newcastle, and was arguably only beaten by Andreas Pereira to being the worst player on the pitch.

He’s spent most of his time at United to date frustrating the supporters, with them wondering why he cost so much money.

With Paul Pogba’s long-term absence, the flaws in the midfield have been all the more noticeable.

In his defence, he’s hardly been helped by having to partner Pereira, with Scott McTominay missing chunks of the season through injury too. But he needed to do more to impress the fans.

However, in recent weeks, Fred has started to look like the player you would pay big money for. Against Spurs, he completed more passes than any other United player, was only beaten by Marcus Rashford and Son Heung-Min for number of successful take-ons and recovered possession more than anyone on the field.

It was a huge win for United and fairly amusing that Fred, who had been bought by Mourinho, played an important role in ensuring that the former manager’s return to Old Trafford was not a happy one.

Four days later, United took on City, and again Fred put in a top performance. Only one United player completed more passes than him, Kevin De Bruyne, David Silva and Daniel James were the only players to create more chances and only Raheem Sterling managed more take-ons. He should’ve had an assist to his name too after delivering a defence-splitting ball to Rashford that, unfortunately, the young striker took too hurriedly and missed.

Solskjaer claimed that Fred was the man of the match, with his ability to drive United forward on the counter-attack a huge asset that day, but sadly, a great performance from the Brazilian was marred by apparent racist abuse suffered at the hands of the City crowd.

City quickly released a statement after the game, claiming they took a zero-tolerance approach to racism and that any fan found guilty of racist abuse would be banned for life. As Gary Neville pointed out after the game, when Pep Guardiola repeatedly defended Bernardo Silva for his public racial jokes aimed at teammate Benjamin Mendy, it appears as though they have a greater tolerance than Kick It Out would want.

After the derby, Fred spoke to Andy Mitten about racist abuse, the support the team receives from the fans, and how he opted to turn City down.

“I chose United,” he said. “I made the right decision.”

Finally, it’s starting to look like United fans can be glad that he did. But it is now in the games against weaker opposition, where United have struggled this season, that he needs to leave his mark on the game.