The Gers just can’t seem to topple The Boys when it matters! 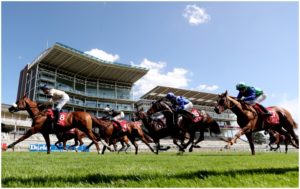 Rangers had waited 11 years for a chance like this one. Not since then had the Ibrox side got their hands on a major piece of silverware.

Not since then had they experienced Scottish football supremacy, and so Sunday’s Scottish League Cup final came laden with narrative and meaning. It made the spurning of that chance all the more painful.

More harm could barely have been inflicted on Rangers on Sunday.

They dominated the vast majority of the match, creating countless clear-cut opportunities to score and playing the final 27 minutes with a man advantage. Yet, still, Rangers fell to Celtic as they have numerous times before since 2011.

There was a freakish element to Celtic’s triumph. Fraser Forster played the game of his life, repelling Rangers and most notably Alfredo Morelos, time and time again.

The on-loan Southampton goalkeeper stands at 6ft 7”, but at Hampden Park on Sunday he appeared even larger. Morelos saw a penalty saved by Forster. He would have had a better chance of scoring past an electricity pylon.

Neil Lennon’s side produced just one shot on target and scored the winner from it.

In terms of possession and territory, Rangers couldn’t have dreamed that they would be any more dominant. This should have been a demonstration of how far they have come under Steven Gerrard, but instead, it became a sign of how far they still have to go.

For all that the Govan side have undeniably improved with Gerrard at the helm over the past two seasons, Celtic are still in their heads.

Rangers have looked mentally stronger this season, but both of their two worst performances of the season so far have come against Celtic. They still have a mental block when it comes to matches against their fiercest rivals.

The performance of The Gers, particularly after Celtic were reduced to 10 men, was not that of a team sure of themselves. There appeared to be no plan following the sending off of Jeremie Frimpong, when Celtic were quite content to sit deep and absorb the pressure.

In the final 10 minutes, when Rangers should have been battering down the door, Forster only had to face a spattering of long shots and crosses into the box.

Morelos has more questions to answer than most.

The Colombian has been red hot this season, but still hasn’t found the net in 10 appearances against Celtic. On Sunday, it was as if by trying harder he became less likely to score.

Morelos has excelled in a number of big games in the Europa League of late, scoring against Feyenoord, Porto and Young Boys, but his display at Hampden hinted at a player who still racked with doubt when the pressure is on.

There are also questions for Gerrard to answer.

What was the idea behind throwing on Jermain Defoe for the last 20 minutes if the plan was to swing cross after cross into the Celtic box? Did the decision to withdraw both Glen Kamara and Joe Aribo loosen Rangers’ grip on the centre of midfield at a time when they should have tightened it to a stranglehold?

It is a peculiar, and concerning, quirk for a team that boasts a striker already on 25 goals for the season that it often takes them longer than it should to break down the door.

Even their results in the Europa League this season which have been impressive should have, in a number of cases, been more comfortable.

Celtic must also learn lessons from Sunday’s match even if they were the ones to lift a 10th successive domestic trophy.

If Rangers can repeat their performance again, with the two teams set to face each other again before the new year, it’s unlikely that the Hoops will escape so unscathed.

But Rangers have to look at themselves before taking the next step, before returning to the top of the Scottish game. The answer is in their own mind.

On Sunday’s showing, Celtic continue to live there.