If you can think of another one, let us know. 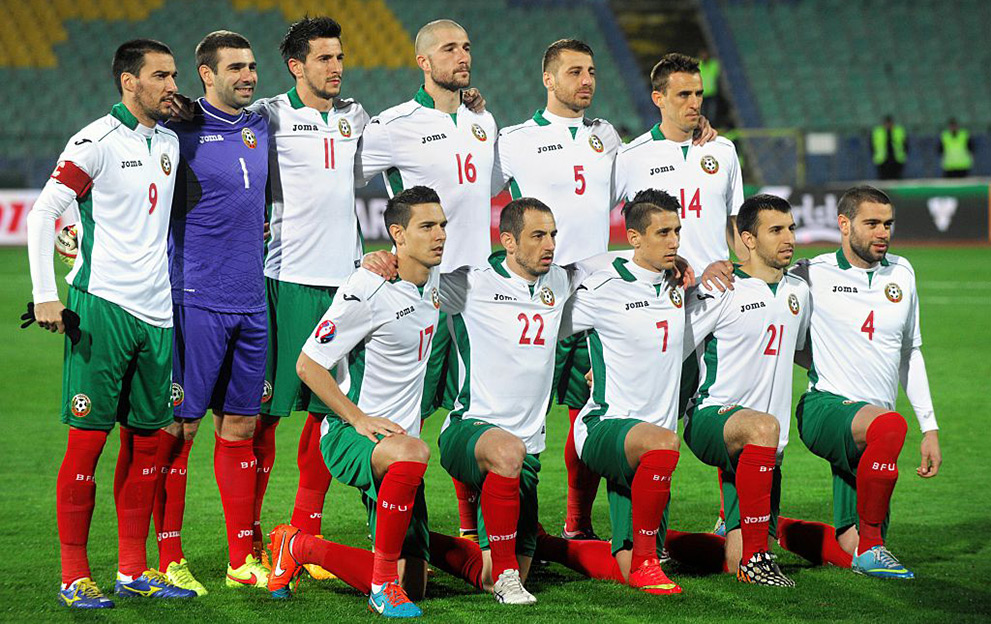 The first international break of the new season gives managers a time to reflect on the opening weeks of the season while giving freelance writers a sense of panic as they try desperately to quench the thirst of football fans and provide great online content.

With England due to host Bulgaria at Wembley on Saturday, I had a moment of madness when I suggested to the paymasters at this very organisation that I could find five former Bulgarian footballers (some good, some bad) who have a surname that doesn’t end in either “ov” or “ev”.

Initially, just like Captain Scott’s ill-fated expedition to the South Pole, it seemed an impossible task but hey, freelancers, as you can see below, are a pretty tough breed.

Born in Blagoevgrad in 1961, Bezinski did what most players in Bulgaria do and spent the vast majority of his career as a player at the country’s biggest club, CSKA Sofia. A no-nonsense defender, Bezinski picked up four domestic league titles with the only Bulgarian club the majority of people outside of the Balkans have ever heard of, and was capped 21 times by the national team.

After hanging up his boots in 1995, Bezinski decided to forge out a career as a coach and he returned to CSKA in 2000 were he became assistant manager. He never managed to fulfil his ambition by taking over as number one at the capital club and after more stints as assistant boss both at home and in the UAE, he returned to CSKA in 2018 to take up the number two role where he remained until his untimely death at the age of just 57 in April of this year.

After representing his country 24 times, Debarski went back to Lokomotiv in the late 60s to become assistant manager. He left after just one season but five years later he was back and he remained in post until 1976. Twelve months later he went to Cyprus to become head honcho for the wonderfully named Nea Salamis before finishing his coaching career back in his homeland with FC Yantra Gabrovo.

Crap as a defender, Dzhambazki really is Bulgaria’s answer to Zdenek Zeman in the fact that he seems to have manged at every football club in the country in a coaching career that has already spanned 17 years. Slavia Sofia is the place where Atanas cut his cloth before going onto coach teams that aren’t even good enough to get into the preliminary rounds of the Europa League.

Dzhambazki has just turned 50 and was last seen sitting on the bench at Bulgarian second division outfit Kariana Erden, which I thought, before further research, had been named after the manager of my local coffee bar. If you want to read further about the teams where Dzhambazki has plied his trade, then I’m sure you will find a book written by a Guardian journo that chronicles the history of lower league Bulgarian football.

Brilliant at club level, shite at international level – that pretty much sums up the career of striker Eduard Eranosyan. Between 1977 and 1988, Eranosyan scored 140 times in 299 appearances for his hometown club Lokomotiv Plovdiv, before spending the next five years playing in Greece and Portugal.

He returned to his first love in 1993 but never managed to recapture the form that shot him to stardom (in Plovdiv) during the 70s and 80s. I suppose in a way you could compare Eranosyan with Watford’s goal machine of around the same era Luther Blissett, who was sensational for The Hornets but completely out of his depth playing for England.

Eranosyan only represented his country five times and failed to find the target on any of these occasions. Blissett somehow found himself playing for Italian giants AC Milan; Eranosyan had to make do turning out for clubs of the calibre of Apollon Kalamarias.

Angolan club Kabuscorp appoint Bulgarian Eduard Eranosyan as their coach, despite the fact he is banned until April. #africa

A pretty unspectacular playing career was followed by a successful spell as a club president for goalkeeper Tomas Lafchis, who started his career between the sticks at Levski Sofia in the late 1970s. As the decade drew to a close, Lafchis who had Greek ancestry, decided to head to the sun to carry on playing at OFI Crete before hopping across to the mainland to play 45 times for Panathinaikos where he won the Greek Cup.

Off the field, Lafchis had been canny and had earned himself a few quid thanks to a good head for business so in 1991, he purchased the club where he’d started his playing career, leading them to three Bulgarian league titles and four Bulgarian Cups.