John Gibbons: What it’s like to spend a Liverpool away day at Old Trafford

John Gibbons: What it’s like to spend a Liverpool away day at Old Trafford

The Anfield Wrap writer reflects on the good days and the bad at the home of his side’s greatest rivals, Manchester United… Golf tips: 5 value plays for Thursday’s tee off at the PGA Championship 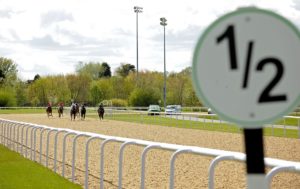 Going to Old Trafford hasn’t always been the most fun for a Liverpool fan.

The usual away rituals of “do what the hell you want, just don’t turn up too drunk” are out the window as you are bussed in on dry coaches, marched through to the stadium to the soundtrack of “murderers” chants, held back for as long as the police feel like on the day without access to any facilities, and then bussed out again.

It’s only when you get back to Liverpool about five hours after leaving you start to relax, are able to drink a beer without it being a criminal offence, and wonder why on earth you didn’t just stay at home and watch it on the TV.

There really is no better place to chant Liverpool than Old Trafford when the home fans are pouring out. But it is fairly rare, on account of Manchester United, in my life time at least, being quite good at football.

Aside from a bizarre period where Danny Murphy scored the winner every year, we’ve experienced more heartbreaks than elation. The matches where you are well beaten aren’t actually the worst. Like the 4-0 in 2003 when Sami Hyypia got sent off, or the 3-0 in 2008 when Javier Mascherano got sent off. You dust yourself off from those and move on.

No, it’s the late winners, or more accurately losers, that are the real kick in the gut. Like the FA Cup game in 1999 where we somehow managed to turn a 1-0 lead on 88 minutes into a 2-1 defeat on 90, or the 1-0 defeat in 2006 when Rio Ferdinand decided to turn into Les Ferdinand and smash a header in from 15 yards out in stoppage time.

At those points, Old Trafford is the worst place to be in the world.

But our fans will go to Old Trafford this weekend with optimism. Partly because we’re Liverpool fans and we are always wildly optimistic.

But mostly because – drab 0-0 on Tuesday night that’s only purpose was to get everyone out the house for a bit aside – Liverpool are playing really well and everyone has decided Manchester United are rubbish.

I wonder about the last bit. Everyone keeps telling me how poor this United side are, but they are second in the league on 62 points from 29 games and highly likely to go through to the Champions League quarter finals.

On the other hand, everyone keeps telling me how great this Tottenham Hotspur side are, but they are fourth in the league on 58 points from 29 games and extremely unlikely to go through to the Champions League last eight after getting beat by a load of old men from Turin.

So not being able to believe a single word any of you say, I watched Manchester United very closely on Monday night to try and figure it out for myself. And my, my are they rubbish at passing the ball.

Why do they pass it out all the time? And why aren’t all their forwards really, really fast like ours.

At half time I was very much wondering how they have 22 points, never mind 62. The link up play between Pogba and Sanchez is rather wonderfully summed up by my Manchester United supporting friend as thus.

Fascinating analysis on Sanchez and Pogba's interplay on MNF there. pic.twitter.com/rEWrAzrzCJ

Then the second half starts and they concede again. But then. Wave after wave of slightly shabby, very much uneasy on the eye attack and they bundle a couple in the net and Matic webs a winner from 25 yards and they win the game.

So, what do they have? Well spirit for one, a winning mentality for another. Plenty of belief and fight, sure. But, I still don’t know if they are any good.

Saturday will be a test for both and a really interesting fixture for the neutral. Should Manchester United win they will cement their position as “the best of the rest” and confirm suspicions that this Liverpool team is a bit fur coat and no knickers.

Should Liverpool win? Well everyone will probably just decide United are rubbish anyway just like everyone else we’ve beaten. Slovenian Champions? Crap. Portuguese Champions? Crap? Intergalactic champions sent from another galaxy to play a team from Earth? Bloody rubbish.

This Liverpool team might get some credit one day. But, due to the strange reputation of this United side, it probably won’t be Saturday, regardless of the result. But still, please win Liverpool. Old Trafford is no fun at all when you don’t.

Angrily demand better service from your team-mates over at Paddypower.com