Class, character and confidence. Why Real Madrid will crack open the champagne in Cardiff 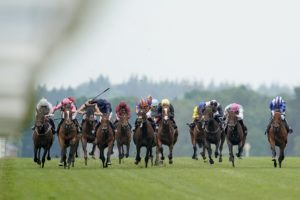 By Graham Hunter / Football / 4 years ago

The last time Zinedine Zidane was involved in a Real Madrid v Juventus Champions League final he was sitting in a puddle of his own sweat and tears in the Amsterdam Arena when there was a loud knock at the dressing room door.

The Juventus sanctuary was already low-key after a brutally disappointing 1-0 defeat but now total silence fell.

Once the door was flung open it proved to be two or three of the Real Madrid players and backroom staff with a request.

So unlikely had it been that the Los Blancos, languishing in La Liga that season and already fully decided to sack coach Jupp Heynckes, would win that they’d not brought any champagne with which to celebrate their shock victory. Madrid’s historic ‘Septimo’ [seventh] European Cup win.

Could I borrow a cup of sugar, please’ or little kids peering over the fence with a ‘can we get our ball back please mister?’ Madrid’s cheeky question was: ‘can we have all that champers that you brought but you’re not going to need???’

Juve, like good old troupers, agreed … just so long as they could be left to their pain in solitude.

All the latest Champions League betting on PaddyPower.com

Madrid won’t make that mistake on Saturday night in Cardiff.

Humility is fine up to a point but we’re the better side” was Cristiano Ronaldo’s verdict on the match and, if you want to assess the Champions League final in four words, that’s not a bad shout.

Perhaps not the better ‘team’, but the better 11 talents: and Sergio Ramos will fight anyone who says anything different.

Zidane losing back-to-back Champions League finals as a Juve player, to Madrid and Dortmund, played a massive role in him accepting Florentino Perez’s invitation to come and play at Madrid’s Casa Blanca [White House] back in 2001.

In fact Zidane would be making a better job of it at the White House right now – he’s proved to the the man with the Midas touch, as opposed to the Potus with the Fat Fingers and the dysfunctional brain.

From when the lure of playing for Europe’s dominant club attracted him, until today, Zidane has:

Not Ferguson, not Mourinho, not Hitzfeld, not Guardiola, not Lippi, not Capello. Zidane.

If he does it, he’d follow someone to whom Real Madrid turned and asked the same questions as it once did of Zidane.

Arrigo Sacchi was the last man to retain the European Cup [after wins over Steaua Bucharest and Benfica in 1989 and 1990] and Florentino Pérez eventually installed the Italian as Director of Football at the Bernabéu. A post the Frenchman held when Varane and Isco were signed.

To emulate Sacchi, nearly 30 years later, Zidane will have to defy him.

The Italian, whose career pretty much evaporated after 1994, reckons:

Madrid’s defence is mediocre – there’s not much quality, only Ramos saves them. Juventus are the most impressive team around, like a tank in a war.

Sacchi, who had Maldini, Tassotti, Costacurta and Baresi loved a stingy defence, which makes his analysis one-eyed.

Zidane’s team will, one day, catch a bit of a ‘doing’ off someone. As soon as they drop their intensity and unity that is.

Because while Zidane is evangelical about the best form of defence being attack, he’s also been a magician in terms of the Madrid squad’s attitude, self-belief, robust confidence, all-for-one attitude.

They hunt you, they score and score and the guy coming off the bench will always be strong, focussed and ready to impact the game.

Real Madrid v Junvetus. All the latest betting on PaddyPower.com

Part of what’s fascinating about this match is that Juve don’t face anyone, not anyone, like Madrid domestically and Madrid dealt with their closest version of Juve, Atleti, in the quarter finals.

Juve, however, are better than Atleti and can win this.

Their solidity defensively [not just the back four and Gianluigi Buffon but their work and self sacrifice all over the pitch] means that if they lead then even with Madrid’s infamous capacity to play Seventh Cavalry football [a goal appearing over the horizon just in the nick of time] it’ll be Zidane’s test of the season.

Here’s where I think the game balances.

Madrid’s high-risk, but high-yield, strategy is for the full backs, Marcelo and Carvajal, to make wingers look defensive.

They overlap and in Marcelo’s case he pretty much goes where he wants. Each of them is devastatingly important in Cristiano’s sudden acceptance that he’s a No. 9 striker.

Eight goals in his last four champions league matches, many of them onside, tells you about his form, fitness and focus. He’s gone from FFS! to FFF! (14 in 13 all comps)

If Madrid’s full backs have their day, when they’ve got Dani Alves (who has played Madrid 42 times – lost only 13) , Mario Mandžukić, Alex Sandro and Cuadrado to cope with, then Zidane and Co. lift the trophy. That simple.

Latest betting from Cardiff on PaddyPower.com

If not, then Juve will have so many goal chances, that even Pipito Higuaín may shed his unwanted reputation for shrivelling in the hottest spotlights.

If you’re looking for investments: Casemiro has been begging for a red card for weeks now, Juve will look to provoke and expose him; Mandžukić is unbeaten in six of his nine matches with Madrid, scored against them for Atleti in a humiliating 4-0 defeat which did for Ancelotti, then scored against them, making Varane and Ramos look like they were in a trance, to win the 2014 Spanish Supercup and the Croat has played one Champions League final, won it and scored.

More? Ronaldo has five in four against Buffon,in club matches; Ramos loves a goal in Champions League finals and semi finals – five of them so far.

Juve have the organisation and quality to win this, Madrid have the class, the character and the bench to make them my favourites.

This time they’ll have the champagne too.