Qualification is up in the air for some of the British sides in your Europe and Shaun Cronin has got your plays sorted for the evening. 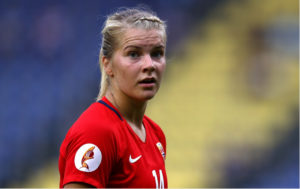 With both clubs already qualified for the knockout phases, this one should witness a raft of changes in the respective line-ups of the teams. Giovanni van Bronckhorst picked up where Steven Gerrard left off in his first game in charge of the Scottish champions as they beat Sparta Prague 2-0 to secure their passage to the knockout stages of the Europa League. Since then, Rangers have remained perfect under the Dutchman, winning their next three games on the spin.

However, they run into a Lyon side here who have already beaten them in this year’s Europa League. The French outfit ran out 2-0 winners at Ibrox that night, but come into this contest without a win in two games – having lost to Reims and drawn with Bordeaux in their last two games. The iffy form of the hosts, coupled with the likely changes to the regular starting XIs of both teams, makes us feel that a dull draw might just be the savvy choice here.

It’s fair to say Group C of the Europa League has been an absolute minefield so far and the war is far from over yet. Leicester top the group on eight points, but any of the four teams in the group can still qualify as we head into the final fixtures – as both Spartak Moscow and Napoli sit just a point behind The Foxes, while Legia Warszawa start the evening on six points. But, a win makes the maths simple for either Napoli or Leicester here, because if you manage to grab the three points, your team will be through.

Napoli were the only unbeaten team in Europe’s top five leagues up to two weeks ago, before they were downed by Inter at the San Siro. Up until then they were in sparkling form domestically and hadn’t lost in 12 Serie A games.

Leicester, meanwhile, have been patchier than your nan’s quilt when it comes to form lately – winning just two of their last eight games in all competitions. The Foxes have also won just one of their last five away Europa League games, and that’s awful record is why we are tipping our cap to the home team. It’s all over bar the shouting in Group G, and even after some brave showings, Celtic find themselves out of Europa League for another year and the Europa Conference League isn’t much of a consolation. The simple fact is, Ange Postecoglou’s outfit just couldn’t measure up when they played against the other two big teams in the group – Bayer Leverkusen and Real Betis. The Bhoys lost three times to Leverkusen and Betis in this campaign, and we don’t see that record changing on Thursday night.

Celtic may have won their last three matches on the bounce, but they face a Betis side brimming with confidence here. The Spaniards are on a run of five consecutive victories in all competitions and beat Barcelona away at the Nou Camp at the weekend to warm up for Celtic Park. We’re taking the Betis to make it six wins in a row in this one.

West Ham may have had a little blip recently – losing to Man City, before conceding a last-minute leveller to Brighton. But, they should be bouncing for their final Group H match-up with Dinamo Zagreb after downing Chelsea late on Saturday morning. Moyes’ boys have been ultra-impressive in Europe this term, and they remain unbeaten in the group having scored four victories in their five games so far.

Zagreb do need to get something at the London Stadium to guarantee their passage to the knockout phases, as Genk are just two points behind them before kick-off. We just don’t see The Hammers being that charitable though, as only Brentford and Man United have managed to beat them at home this season. With the London Stadium finally becoming a bit of a fortress for West Ham, we’re picking them to win there yet again on Thursday.